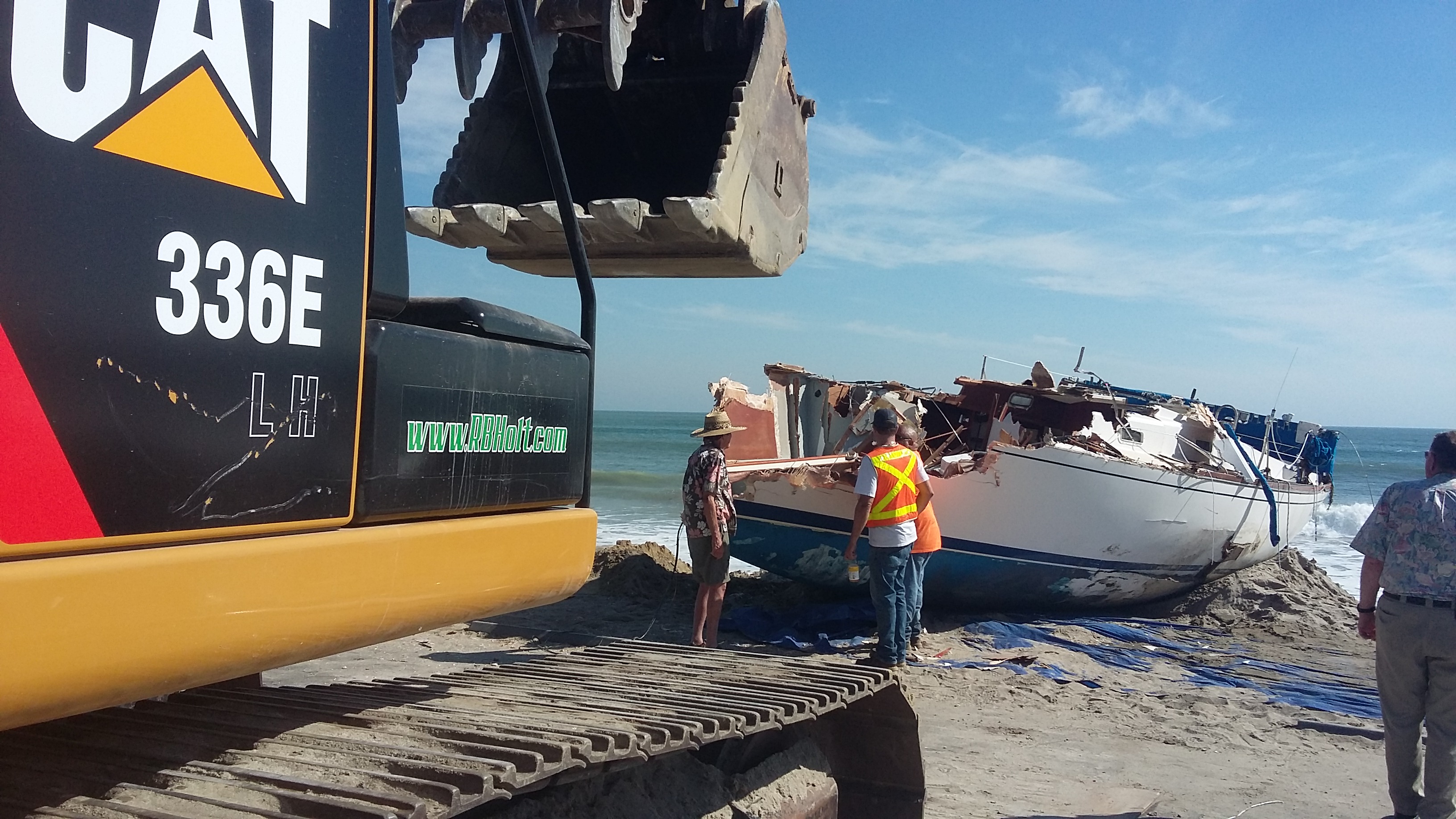 By Kristina Pritchett and Alex Paris

A call about a boat breached off Doheny came in around 5:10 a.m. according to Dana Point Harbor Patrol Deputy Anthony Larios.

Larios said the fire boat, manned by Steve Yannizzi and Art Arellano responded to the call.

“When crews arrived, they saw the boat already on the beach,” Larios said. “They were not close enough to get to the high surf.”

Larios said Doheny State Lifeguards were called and they responded to assist and pulled the operator off the vessel. He added the paramedics were also called to the scene and examined the boat operator who was released from the scene.

Around 7:30 a.m., in an attempt to save the boat, Vessel Assist sent four rescue swimmers to hook line the sailboat to two towboats, but the keel was wedged too deeply in the sand.

Captain David Drenick of Vessel Assist heard the keel crack and determined the boat could not be saved.  They drug the boat closer to the beach with winches.

Larios said the boat was still on the beach around 1:30 p.m. and work to remove the hazardous material from the boat was in progress.

Larios said there is still high surf in the area, and the cause of the accident is still under investigation.