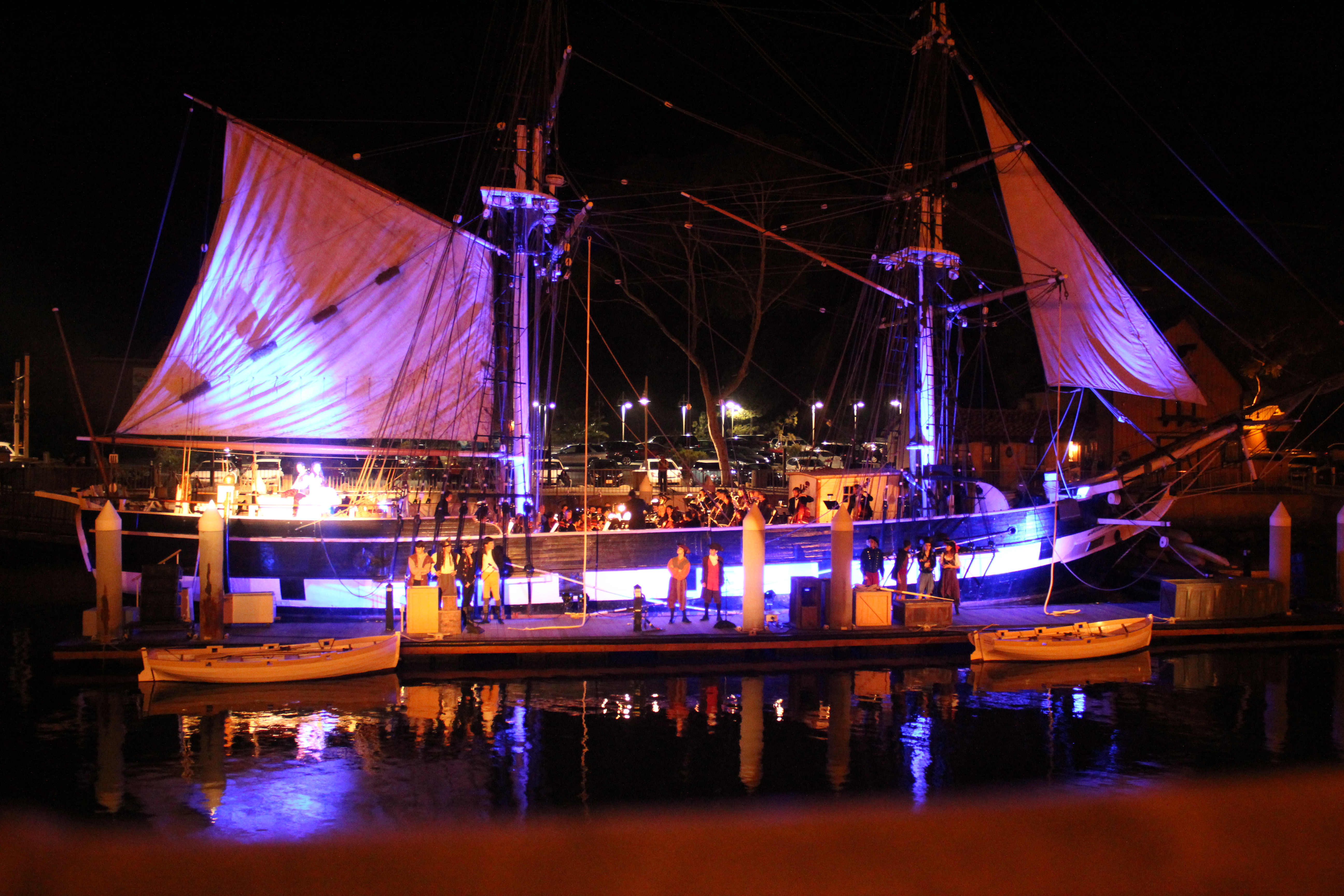 Story and Photos by Andrea Papagianis

As the scene of this year’s Dana Point Symphony season opener unfolded, the Harbor transformed into a dreamlike world where orchestra, opera and musical theater came together.

Aerial ballet artists twisted and flipped from the brig Pilgrims’ masts as the symphony performed, giving audiences throughout the weekend a glimpse into the mind of symphony artistic director Berenika Schmitz. The third season opened with bagpipes and ended with standing applause. The happenings in between were all part of Schmitz’s reimagining of a traditional symphonic orchestra.

Down came the concert hall walls and with them any preconceived notions of the classic or traditional.

“It is a new frontier for orchestras in the United States,” Schmitz said. “I think this is the way I want go to and hopefully the audience does too.’

For Friday night’s opener on the docks of the Dana Point Harbor, the air was clear and crisp with hues of blues, greens and purples lighting up the tall ship and performers from the Los Angeles and San Diego operas, Luminario Ballet of Los Angeles and Dana Point’s own South Orange County School of the Arts.

“It was such a great performance, and everyone was having fun,” said SOCSA junior Christopher Tusan, who said he enjoyed in the opportunity to work with professional artists from varying backgrounds.

The players remained, but the scene changed slightly for Saturday’s matinee as stand-up paddleboard races joined the mix. Kayakers, stand-up paddlers and casual afternoon strollers were treated to a unique performance highlighting the ocean journey of Dana Point’s namesake, Richard Henry Dana, Jr., fused with the theatrics of “Pirates of Penzance.”

And as racers rounded their final buoys in the Mongoose Cup at Baby Beach, Richard Wagner’s climactic “Ride of the Valkyries” echoed.

The blended scene of sport and symphony may not soon be repeated, but Schmitz said she hopes to continue to grow performances and introduce more people to a re-imagined orchestra.