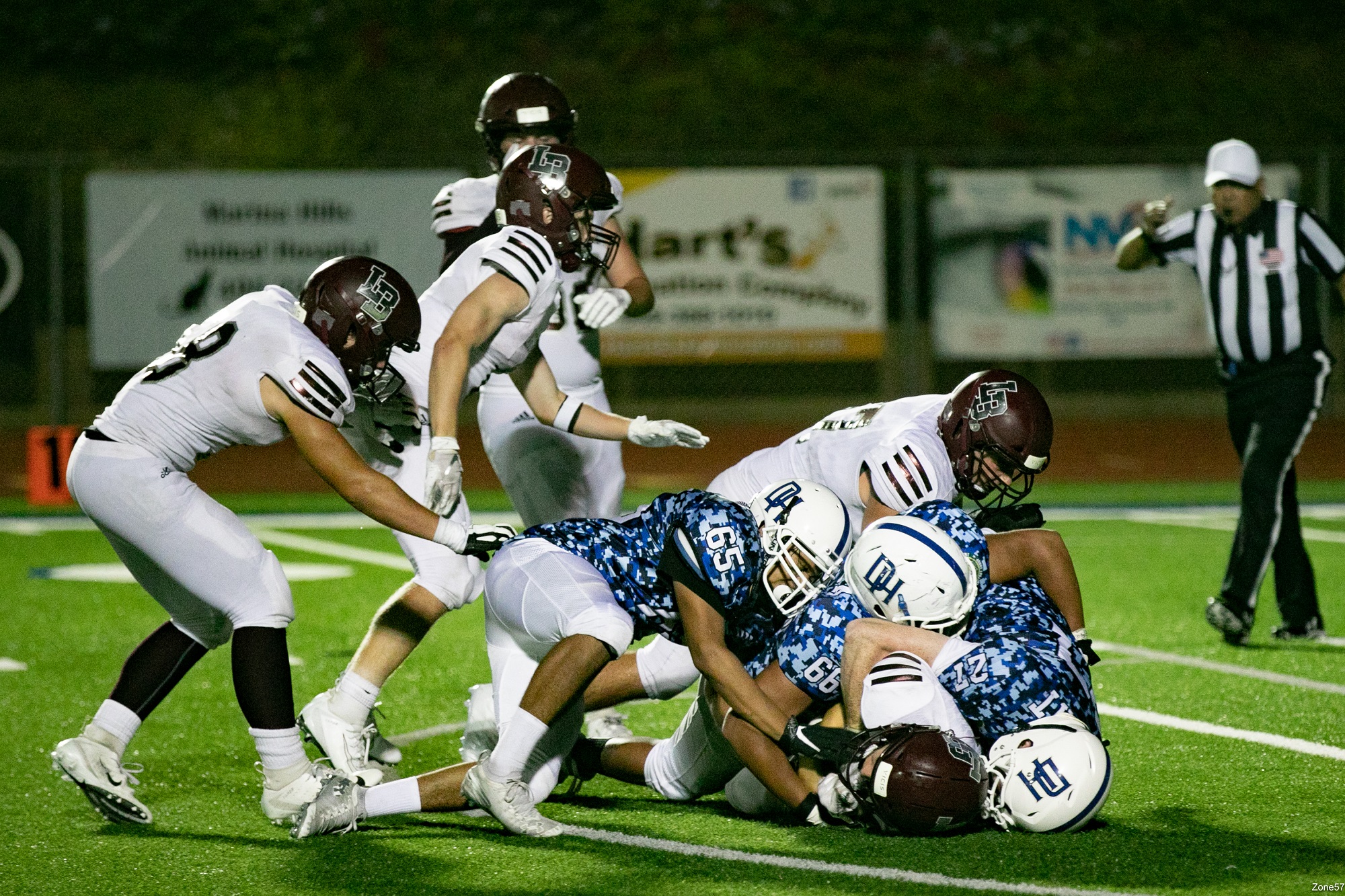 Another week goes by, and Dana Hills football continues to extend its school-record start to the season.

Before last week’s game, Dana Hills coach Phil Skinner told the Dana Point Times that the Dolphins’ 4-0 start to the season was the school record. A reader mentioned that the 1980 Dana Hills team also started 4-0, but following a 30-15 win at Irvine, these 5-0 Dolphins are believed to have the official school record to themselves.

(If not, please let us know on Facebook or Twitter at South OC Sports, or email sports editor zcavanagh@picketfencemedia.com with a history lesson.)

Official records or not, the turnaround of this Dana Hills program from recent seasons of three, two, one and zero wins to this 5-0 start and a No. 3 ranking in Division 12 is an incredible feat.

At the midway point, with one nonleague game left at Ocean View High School in Huntington Beach on Friday, Sept. 27, it’s as good a time as any to dive into the numbers of this Dana Hills team to illustrate what has the Dolphins on this unprecedented winning pace.

The defensive line is the group that stands out when watching with the naked eye, and the numbers also jump off the page.

Dana Hills has amassed 29 sacks in five games this season, including senior defensive end Liam Boersma’s 15.5 sacks, which continue to lead the nation, according to MaxPreps. Through five games last season, the Dolphins had only 10 sacks and finished the season with 11.

Dana Hills is also doubling up on its tackles for loss with nearly 12 per game this season, after just more than five per game through the first five games last season.

The D-line has also stepped up its efforts against the running game.

Don’t expect a similar performance by the Seahawks this Friday, as Ocean View is averaging just more than 106 yards rushing per game this season, compared to the nearly 248 yards per game last season. In addition, the Dana Hills front should make for a more competitive game than the 38-0 Ocean View win last season.

The Dolphins’ defense has also forced two turnovers in each game for a total of 10, including seven interceptions. Dana Hills also forced 10 turnovers through five games last season, but half of those came in one game against Saddleback.

Offensively, the Dolphins are running the ball at a nearly identical pace, with 131 yards per game this season, compared to a 133-yard rushing average through five in 2018.

The big jump is in the passing game, from 141 yards per game through the first five games of 2018 to 243 yards per game this season. Credit that to an increase in completion percentage from senior quarterback Zack Saavedra and two big games by sophomore Bo Kelly while Saavedra dealt with a leg bruise.

Dana Hills can continue to raise its profile with a road win at 3-1 Ocean View on Friday, but the Dolphins’ true measuring stick will come when league play begins on Oct. 4 at home against Laguna Hills.

Dana Hills maintains its goal is a playoff berth, but while this record start is something to highlight, the Dolphins need to carry this momentum into league for a chance to achieve that goal.