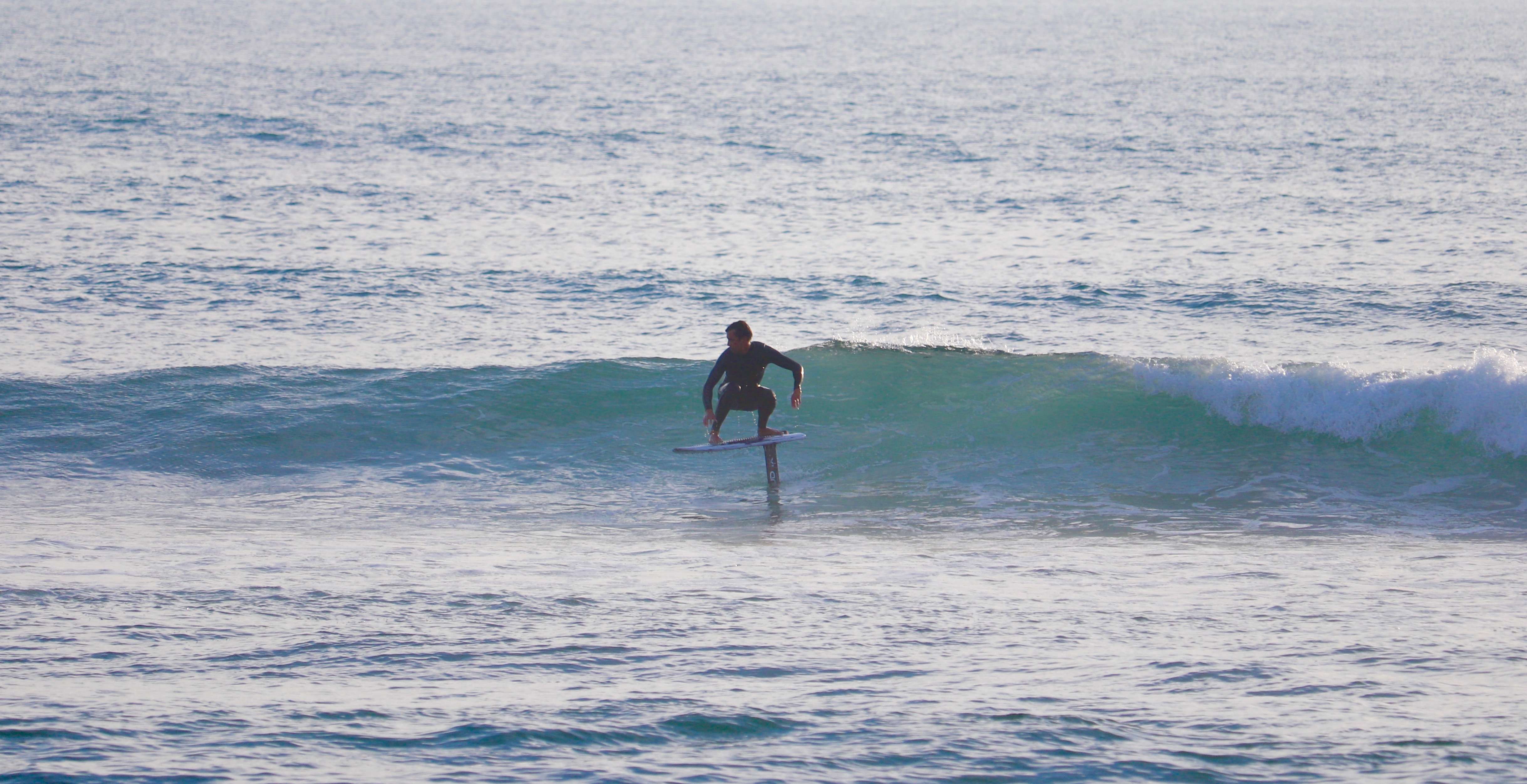 Dave Boehne, surfboard shaper for Infinity Surfboards in Dana Point and overall enthusiastic waterman, believes that foilboarding could hold the key to releasing wave-riding from one of its natural challenges—limited wave resources.

“It’s seriously the best. It’s so quiet. You feel like you are up so high and all you can hear is the wind rushing by you. It’s like flying. It’s like nothing else I’ve ever done,” Boehne said about foilboarding, the new wave riding trend that is quickly gaining popularity across the world.

Foilboarding could open up new doors for wave-riders as the boards excel in the slow-rolling, deep-water waves that are generally not considered ideal for traditional surf craft. Expansion into new wave riding territories could provide relief for the crowded high-class surf breaks of places like Southern California.

“For a long time, people were on the fence about it. Now, they’ve had the chance to try one out, watch it for a while, work out a few of the kinks and are committing to it,” Boehne explained, sharing that he has recently began selling multiple foilboards out of Infinity Surfboards’ shaping bay.

Foilboarding’s origins come from the island of Maui, Hawaii, where a contingent of surfers including Laird Hamilton and Dave Kalama discovered waves like Peahi (Jaws), and pioneered tow-surfing and invented the foilboard. With deep roots in Hawaii, Boehne made solid connections with a new generation of Hawaiian watermen and is taking foilboarding to new grounds with performance and versatility.

“Half of the people trying foilboarding are coming from surfing, and half are people coming from the stand-up paddleboard community,” Boehne said, explaining how the performance surf community has historically been slower to adopt new wave-riding practices.

Now, Boehne and Infinity have become one of California’s premier foilboard producers by crafting boards specifically suited for every user’s needs.

Similar to a surfboard, a foam blank is shaped with specific foilboard characteristics such as unique foam distribution and specifically shaped rails as to encourage lift. This is attached to a series of foils called a mast. The foils, that could be called the wings, can be wider and flatter to increase stability and lift at lower speeds, or narrower and more concave for sensitivity at higher speeds while providing a bit less lift.

Boehne estimated that a rider needs to maintain a speed of approximately five miles-an-hour in order to achieve flight where the board lifts off of the water by way of the foils. Only the mast connecting the rider’s board to the foil is touched on top of the water below.

Boehne believes that foilboarding has a stiff learning curve and should be approached with caution by the user as well as ensuring safety for others in the water.

“It’s so fun, but they are heavy and they are sharp,” Boehne said. “Wear a helmet and if you can, spend some time behind a boat so that you can spend that time on your feet and feel out the board. It will really help your learning curve out in the waves.”

Currently considered in the same category as a surfboard, it is now commonplace to see foilboarders most places in popular surf and SUP spots such as Dog Patch in San Onofre State Park or Doheny State Beach.