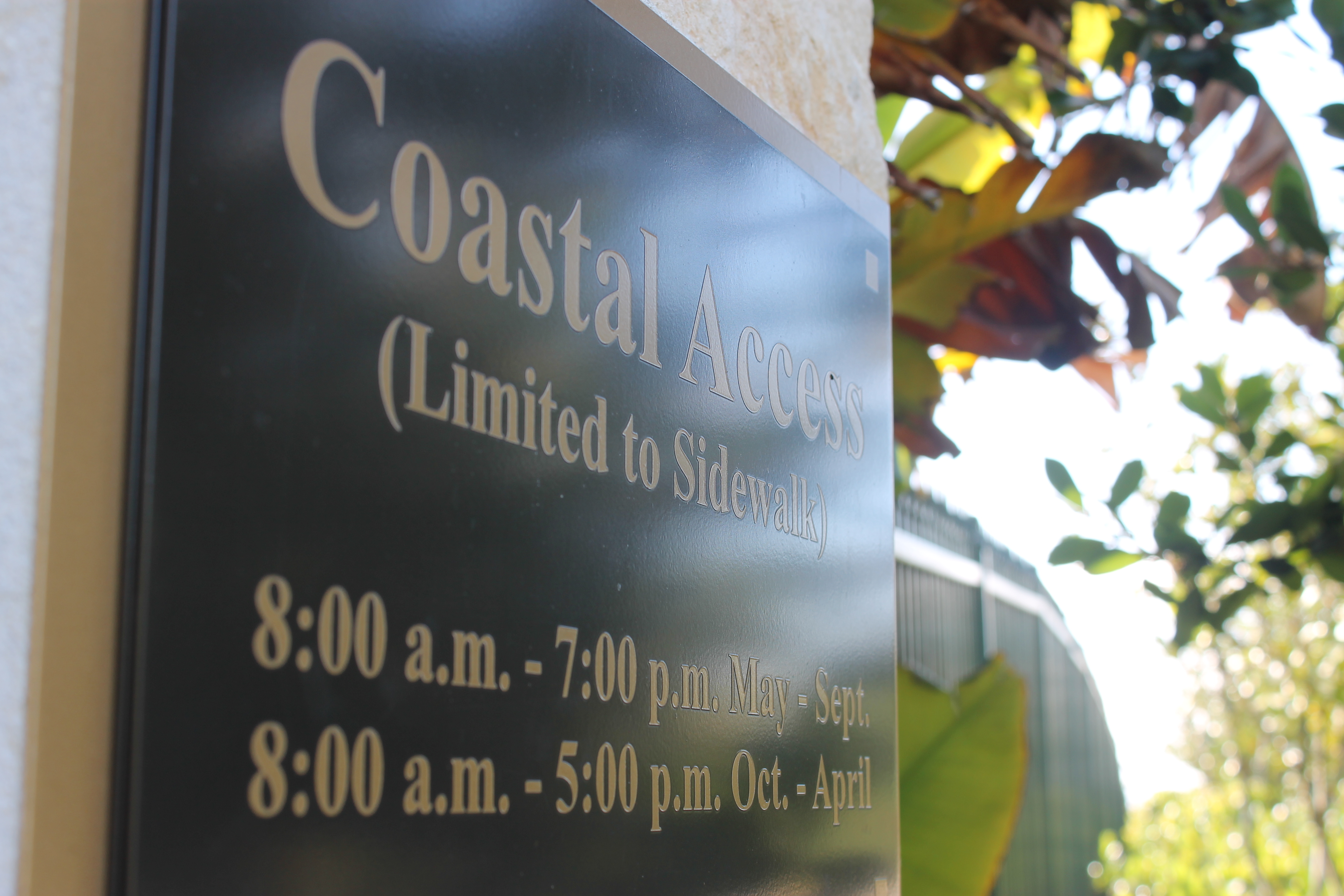 The state’s highest court will not hear cases regarding gates and hours of access at Strand Beach that have swirled in debate since their implementation in 2008, according to the court’s website.

On Wednesday, the California Supreme Court denied the city of Dana Point’s petition for review of two lawsuits involving the California Coastal Commission and the nonprofit Surfrider Foundation, City Attorney Patrick Munoz confirmed Thursday. The lawsuits have been ongoing for three years.

Justice Marvin R. Baxter was the lone supporter of granting the petition out of the seven justices, according to the official docket.

A state appellate court remanded the Coastal Commission case back to a San Diego trial court in June, where the city must prove it acted in “good faith” when it established the two gated accessways and implemented hours of use. The city requested a rehearing but that was denied last month.

Since the gates were installed, Surfrider has held the city has violated the public’s right to beach access, and the CCC has argued the city skirted proper protocol by not gaining commission approval before limiting beach access.

Two years after the gates were installed the Dana Point City Council unanimously adopted an ordinance stating a public nuisance existed at Strand. This ordinance allowed the city to validate the implementation of gates and hours of access.

The city has maintained these measures were necessary to protect the public on two of five pathways from Strand Vista Park to the beach below, which crisscross through a gated neighborhood, Strand at Headlands. Additionally, the city has argued that public access is not limited because there are unrestricted pathways just outside the neighborhood. Gates on two of the access points are open from 8 a.m. to 5 p.m., or 7 p.m., depending on the time of year.

While separately filed, the two lawsuits were consolidated at the superior court level due to their interrelatedness. The cases will now go back to a San Diego Superior Court. No trial date has been set, but Munoz said it was likely arguments could be heard within the next six months.

In a statement sent Thursday, the Surfrider Foundation praised the high court’s rejection to hear the case.

“Public beach access is guaranteed by the Coastal Act and California Constitution,” Angela Howe, legal director of the Surfrider Foundation, said in a statement. “We are happy to see that this case is finally on its way to resolution.”

Munoz expressed disappointment that the high court would not take on the issue.

2002: The city amends its Local Coastal Program for a new development called The Strand at Headlands. The LCP is a planning tool used by municipalities for developments in the coastal zone. The development was set to include 120 luxury homes. Additionally, a bluff-top public park was planned for.

2004: The amendment is approved by the California Coastal Commission, but requires the developer, Headlands Reserve LLC, to include two public trails to Strand Beach. Five trails were eventually established—two cut through the neighborhood, with the other three running alongside of it.

May 2009: Prior to opening Strand Vista Park the city installed gates at the top and bottom of two access trails running through the Headlands community. Hours of access were established.

October 2009: The Coastal Commission discovered the installation of gates and informed the city of a violation to the California Coastal Act of 1976. The act requires coastal development permits be approved before construction of certain facilities with in a coastal zone. The city was ordered to remove the gates.

November 2009: Coastal Commission sent a violation notice informing the city it would be subject to enforcement proceedings. The issue went unsolved.

March 2010: The city held a meeting to consider evidence to support the implementation of the gates and hours of access. Evidence was presented pertaining to public safety issues at the park and on trails. Records show public commenters accused the city of exaggerating crime statistics and nuisance claims.

The City Council unanimously passed a nuisance abatement ordinance. Such a move permits a municipality to act in its citizens’ best interests without prior Commission approval. The city has argued it mitigated crime and protected the public and that public access was not limited because alternative routes, without restrictions, existed.

Days after the city’s adoption, the Coastal Commission issued a notice of appeal. Three appeals were filed, one from a private citizen, one from the nonprofit Surfrider Foundation and one from two members of the Commission. Dana Point filed a brief in opposition, arguing the Commission lacked jurisdiction to review ordinances enacted by a local government.

Douglas helped establish the Coastal Act in the mid-1970s. Unanimously, the Commission denied claims that the city’s measures didn’t require their approval. The city was again directed to remove the gates and suspend the hours of access.

The city swiftly countered with a lawsuit. In making its case, the city requested the trial court state the Commission lacked the jurisdiction to invalidate its nuisance abatement ordinance.

June 2010: Surfrider files suit against the city, charging leaders overstepped their authority to abate nuisances and that no record of issues existed. The nonprofit has maintained the city acted to please a few members of the community, while ignoring the rights of others. Surfrider argued the ordinance violated constitutional rights established by the state and national governments.

April 2011: Days before a hearing was scheduled, the trial court entered a tentative ruling stating the “Commission lacked jurisdiction” to limit enforcement of nuisance abatement measures. At the conclusion of the hearing, the court confirmed its earlier decision and barred the Commission from taking further enforcement action regarding the ordinance.

The Coastal Commission appealed this ruling.

June 2011: Taking Surfrider’s petition into consideration, Superior Court Judge Joan Lewis applied a rational basis standard and determined the city was “entirely lacking in evidentiary support for declaring a nuisance and that the city acted arbitrarily and capriciously in making such a declaration.”

Both the city of Dana Point and Headlands developer appealed these findings.

June 2013: In a 2-1 decision, a state appellate court ultimately returned the city and Coastal Commission case back to the San Diego County Superior Court to enter a ruling on whether or not the city acted in good faith when it adopted a Nuisance Abatement Ordinance back in 2010

The appellate court confirmed the Coastal Commission does not have jurisdiction over the city’s nuisance ordinance, unless a trial court finds the ordinance was improperly entered as a means to avoid the city’s obligations under the Local Coastal Program.

The appellate court found, in the Coastal Commission case, the trial court erred because it hadn’t specifically addressed whether or not the ordinance was a pretext to avoid a coastal development permitting process. For the time being, the Surfrider case is on hold.

With the state Supreme Court’s denial to hear the case, the Coastal Commission case will likely return to Judge Lewis, to determine whether or not the city acted in “good faith” when adopting its nuisance abatement ordinance. Lewis has already ruled against the city’s nuisance ordinance, something the Surfrider Foundation believes could happen again.