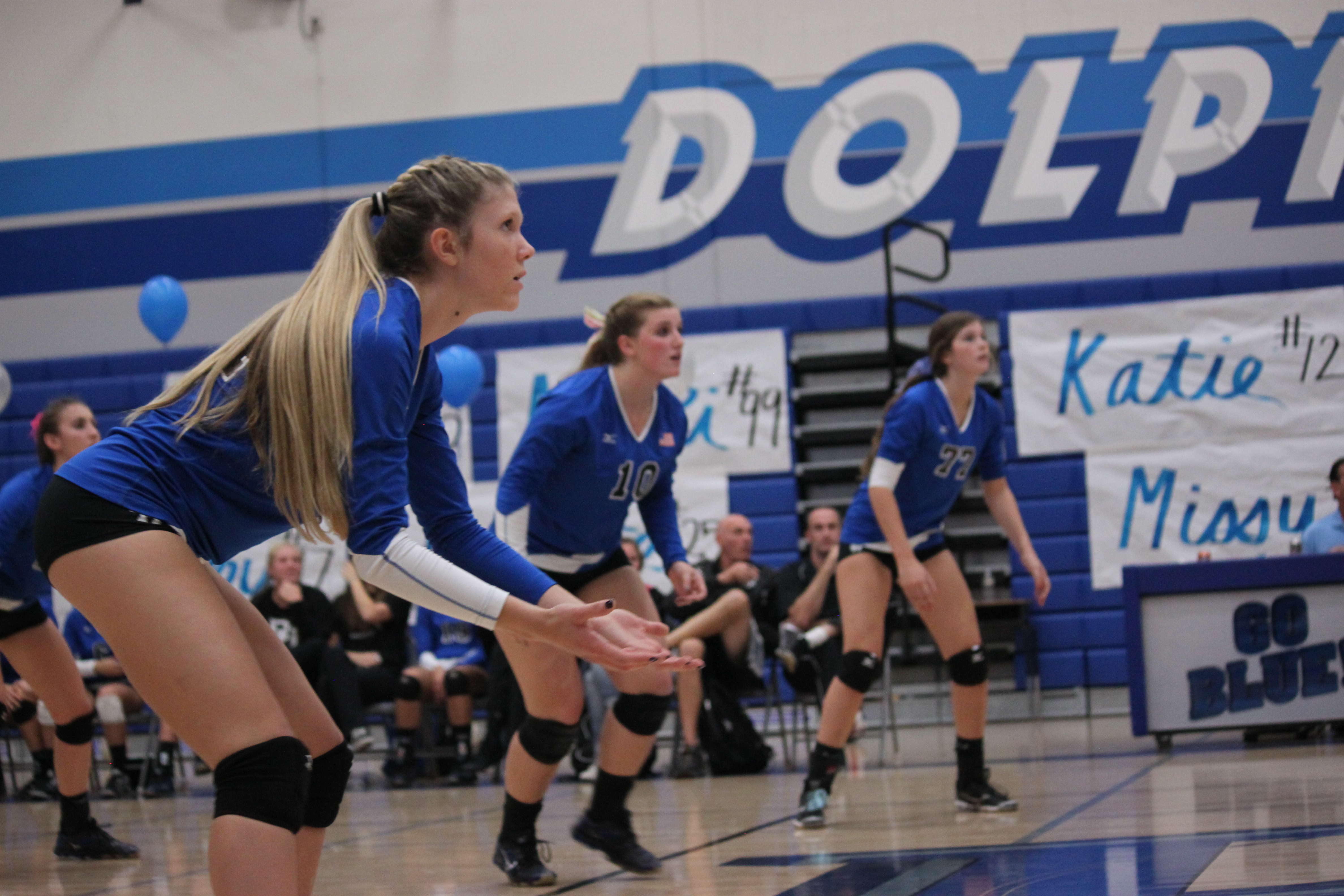 Sophomore Ayla Fresenius, who was sidelined with a foot injury during the final stretch of league play, returned to the lineup, providing a presence up front against the relatively undersized Northwood lineup. Fresenius, along with fellow opposites and middle blockers Kendall Smith and Missy Shunk, helped keep the Northwood attack in check throughout the match. Smith had a team-high six blocks, Shunk tallied three and Fresenius had 2.5.

Northwood never threatened the Dana Hills lead in any of the first two sets. An 8-1 Dolphins run in the first paced them to a 25-13 opening set win. Dana Hills kept the pedal to the floor in the second and won 25-18.

The Timberwolves chipped away at the Dolphins lead in the third and final set, but the Dolphins were playing with only one starter, senior Tia Scambray, out on the floor. The momentary loss of momentum, coupled with a mini late comeback by Northwood, opened the eyes of Scambray following the match.

“I would rate our effort at about six or a seven. I don’t think we were playing up to our maximum potential but we got the job done anyways,” Scambray said. “We just need to practice and I think have a lot of heart. I think we need to have heart as a team to get as far as we want to.”

Scambray paced the team with 19 kills.