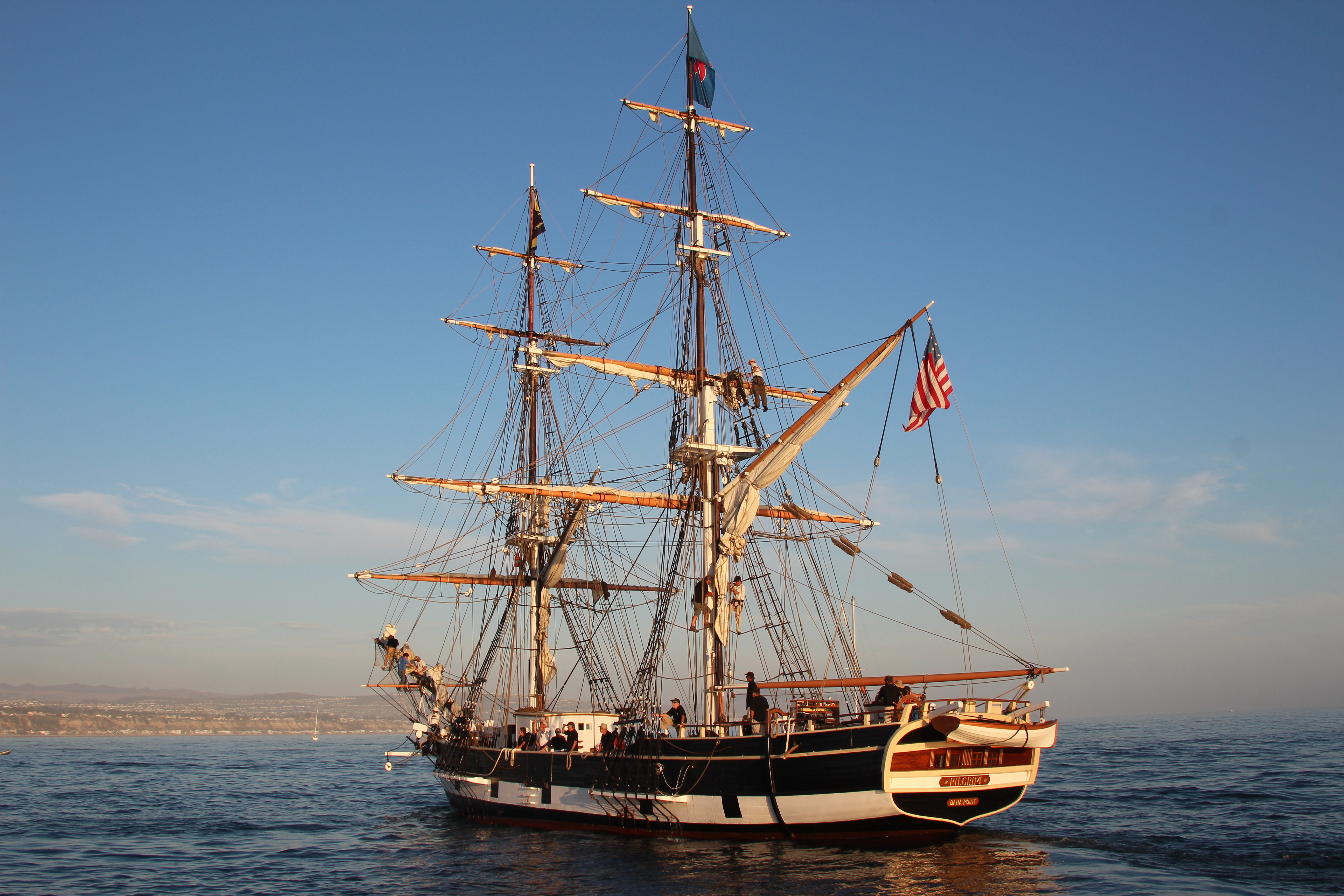 By Alison Shea and Andrea Swayne

Dana Point and San Juan Capistrano have planned bicentennial celebrations for Saturday in honor of Richard Henry Dana Jr., the author of Two Years Before the Mast and Dana Point’s namesake.

The Dana Point Historical Society is holding a special event on Saturday, Aug. 1 from 6 p.m. to 7 p.m. on the brig Pilgrim at the Ocean Institute in Dana Point to celebrate Dana’s 200th birthday.

The celebration will include appetizers, grog and other refreshments, music and a program that will feature excerpts from Dana’s 1915 centenary birthday program presented at Harvard University including: “Dana as a Man of Letters” “Dana as an Antislavery Leader,” and “Dana as a Lawyer and Citizen.” As part of the musical entertainment, Bill Dempsey will be singing sea shanties. The event will end with a special tribute to Dana by Dr. Milt McMenamin.

Seats aboard the Pilgrim and spots in the pre-event reception are sold out; however, spectators may look on from dockside walkways and the pier.

Dana Point history buffs who want to make an entire day of it should also check out the San Juan Capistrano Friends of the Library’s R.H. Dana Jr. 200th Birthday Bash. This celebration will take place at the SJC Library bookstore, back lawn and La Sala auditorium and courtyard, 31495-A El Camino Real in San Juan from 10 a.m. to 9:30 p.m.

Free attractions will include a 19th Century Southern California shore whaling exhibit from 10 a.m. to 4 p.m. in the La Sala auditorium, a lecture and book signing by David T. Dana III of Into the Tiger’s Mouth: A Novel of the China Trade 1857-1863 at the bookstore and in the courtyard from 3:30 p.m. to 7 p.m. a display of Bob Minty’s 17th and 18th Century navigational instruments and scrimshaw collection.

Beginning at 8 p.m., a concert “A Musical History of the American West” and “A Tribute to the Human Rights Legacy of Richard Henry Dana” (a $25 ticketed event) will be presented, including a pre-concert living history review of Dana’s Life by Minty.