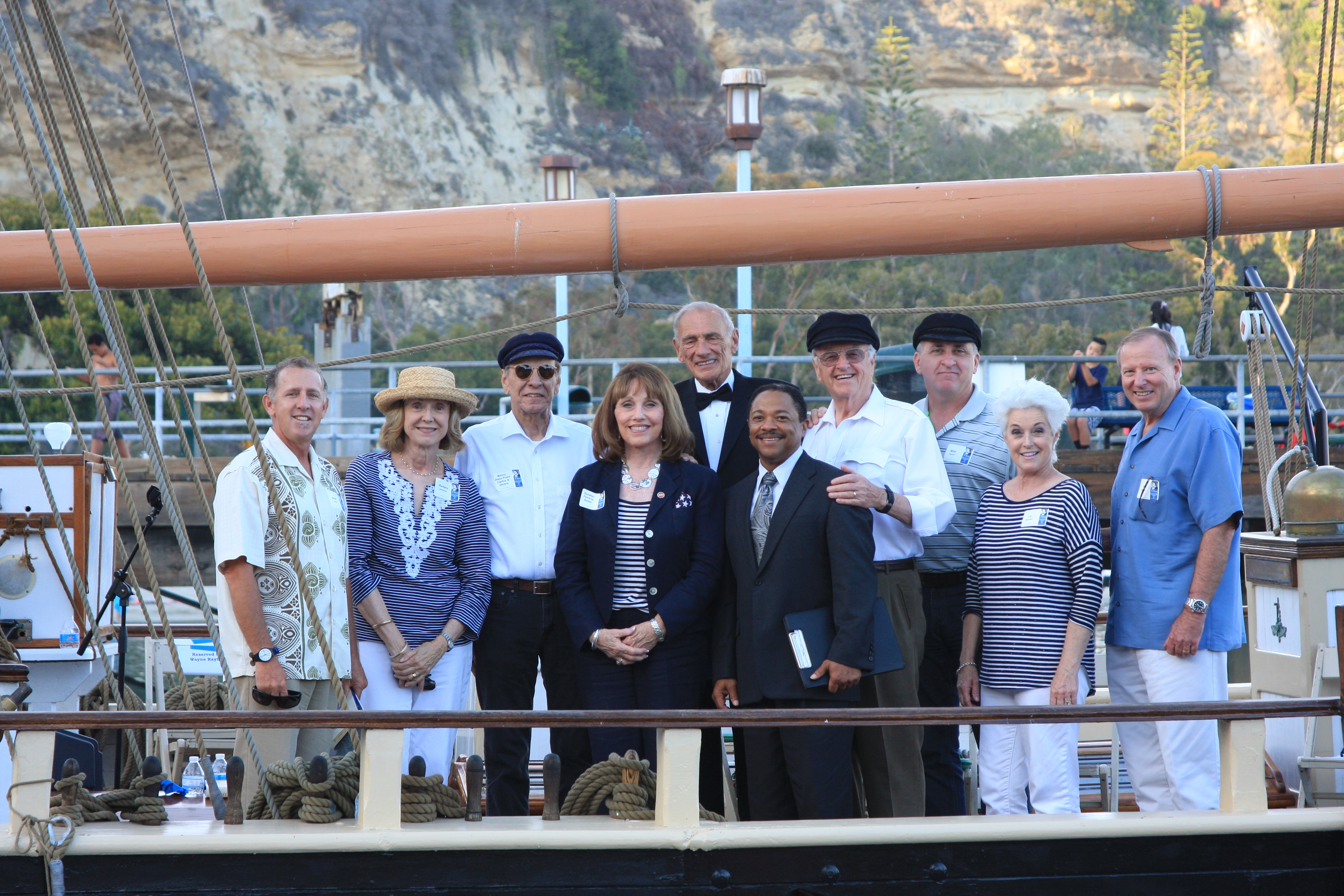 From longtime residents to children learning about local history in school, the name Richard Henry Dana Jr. is a part of life in this city by the sea, with schools named after him, a statue standing tall in the Harbor and his likeness even portrayed on Dana Point’s official seal. But many of his accomplishments, after his time spent at sea aboard the brig Pilgrim working as a merchant seaman in the trade of cowhides, often goes unnoticed.

On Aug. 1, the 200th anniversary of his birthday, the Dana Point Historical Society held a bicentennial celebration at the Ocean Institute aboard the brig Pilgrim to share more about the life of the city’s namesake. On-deck seating was sold out and a crowd of onlookers enjoyed the program dockside.

R.H. Dana’s mention of the area in his memoir Two Years Before the Mast as the “only romantic spot on the coast,” is the most noted connection to Dana Point, but his time at sea only represented a small portion of his life, a life Historical Society members say should make residents proud to live in a city named for such a great man.

“We started thinking about this almost exactly a year ago when we were working on our annual reading of Two Years Before the Mast for the Tallships Festival,” Barbara Johannes, DPHS president, said.

“We thought, ‘oops’ 2015 is coming right up. This is significant,” Elizabeth Bamattre, chairwoman of the celebration, added. “1915, Europe was at war. Imagine what was going on in the world last time anyone took time to do this.”

Bill Dempsey provided musical entertainment to start the program, performing sea shanties from the era while attendees gathered for “grog” and other refreshments.

Bamattre, the celebration chairwoman, opened the program followed by retiring president and CEO of the Ocean Institute, Dan Stetson’s introduction of the incoming CEO, Dori Moorehead.

Certificates were presented to the Historical Society by Senator Pat Bates and Mayor Carlos Olvera and a bicentennial plaque, soon to be installed on the base of the R.H. Dana Statue in the Harbor on Island Way, was presented by Harbor Director Brad Gross.

The program included readings from the 1915 100-year birthday program presented at Harvard University—where Dana attended law school—that featured talks highlighting his accomplishments as a lawyer, abolitionist and defender of the common man.

Excerpts included the Harvard program’s introductory remarks, edited down for the event by Bamattre, “Dana as a Man of Letters,” “Dana as an Antislavery Leader,” and “Dana as a Lawyer and Citizen,” read by Wayne Rayfield, Bob Minty, Les Hawthorne and Mike Harris, respectively.

“Bob Minty actually recommended the Harvard centenary program to us for this event,” Johannes said. “Then he brought us the books and was very helpful.”

“He was also the most appropriately dressed of all of our characters,” Bamattre said. “It was all very special, very special to be able to have this program here in Dana Point aboard the Pilgrim.”

“We’ve always had a great relationship with the Historical Society and the people who really and truly care about their heritage and the history associated with the city,” Kirby said. “We’ve been caretakers of this ship for many years and running living history programs as well since the 1980s. For us it’s an incredible part of where we live and who we are and we were honored to be a part of it.”

To close the program, Milt McMenamin performed a dramatic tribute to Dana’s life, written by him and his wife Ann, and then attendees were invited to mingle and enjoy birthday cake inside the Ocean Institute’s boat barn.

Kirsten Reynolds, exhibits chair for the DPHS museum, said the program was very successful in showing Dana’s life as a whole and that she especially enjoyed McMenamin’s closing presentation.

“Milt really took us there, back in time,” Reynolds said. “Dana was more than just the sailor who landed here and described our coast as the only romantic place on the planet. He fills a role in so many aspects of our history and we are very lucky to have him as our namesake.”