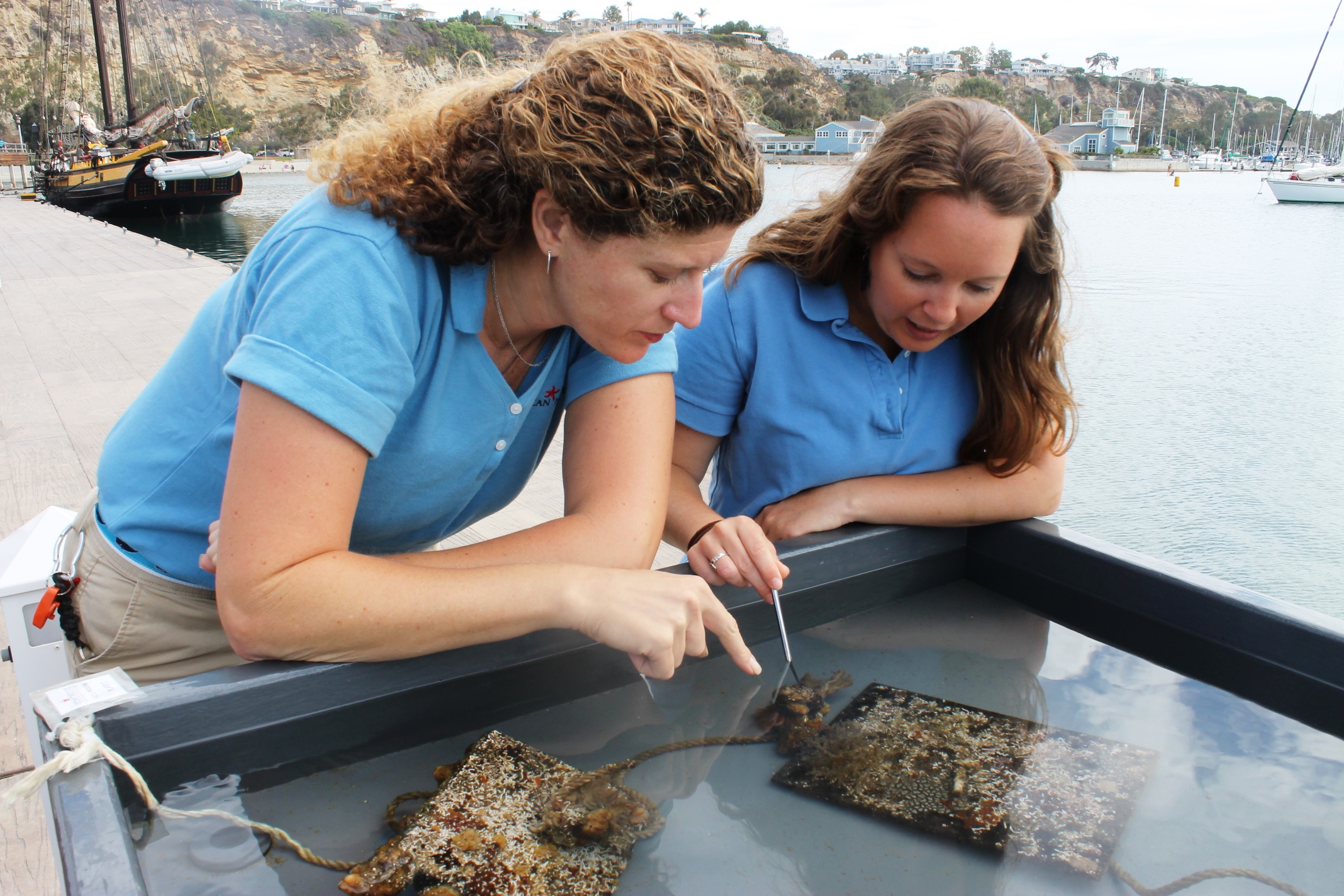 Young students studying marine life and maritime history have long been a part of the Ocean Institute and now a partnership is bringing greater opportunities for more experienced citizen scientists to do the same.

Since November, staff at the institute has been studying invasive species in its home port, the OC Dana Point Harbor, as part of research being done along the West Coast by the Smithsonian Environmental Research Center. The program, known as Plate Watch, implores citizen scientists to deploy polyvinyl chloride (PVC) plates into the Pacific Ocean to attract both native and non-native marine organisms.

An expansive network of volunteers is spread throughout the 8,000-miles of Alaska’s coastline, closely monitoring non-native species off piers and floating docks, with hopes of identifying such species soon after their arrival.

With the vastness of the Alaskan coast, invasive species that have been identified further south in California waters are not as prevalent, but researchers are keeping a close eye on their traveling north and also east from the likes of Japan and China.

The Ocean Institute is now the southernmost organization studying the pervasiveness of invasive tunicates, small marine organisms that spend most of their time attached to docks and the underside of boats, said Sara-Cait Shaw, an instructor and curriculum developer with the institute who spearheaded the effort to bring the program to Dana Point.

“Our data is very different from what they are finding in Alaska,” Shaw said. “They don’t have any documentation of what is actually this far south, so they are starting to extrapolate and combine our data with those further north, to identify changes over time and growth rates.”

A major concern with invasive tunicates is that they filter feed, Shaw said, meaning they consume nearly everything passing by. Tunicates can filter gallons upon gallons of water within hours and intake native larvae during the process. She said if tunicates are allowed to flourish in a harbor setting, then those invasive species can essentially kill off native larvae because they are never given the opportunity to grow and thrive themselves.

But once these invasive creatures take hold, they are hard to eradicate, she said.

“We have only been studying these species for less than a year and already they’ve taken a foothold,” Shaw said, “but the best way to prevent them is through education.”

With vessels traveling from port to international port it is hard for boaters to know what they are picking up and carrying with them to their next location, said Julianne Steers, the institute’s director of husbandry. Without a thorough examination or hull cleaning before entering new waters, she said, boats can carry invasive species from one harbor to the next, as these silent creatures appear harmless an often go overlooked.

One method of preventing the transfer of invasive organisms and their larvae is to discharge water contained in a boat’s ballast before entering ports, which is required but not closely monitored, she said. But the extensive study of existing invasive species has not been done until now, so it is hard to know how they arrived in the first place.

“We are now finally getting good documentation of what species we actually have living in our harbor,” Steers said, “and that gives means for those regulations and why they were established in the first place.”

It is that human connection to the environment and transporting of invasive species that one summer intern with the Ocean Institute is methodically examining.

Madi Swayne, a junior environmental studies student at the University of Southern California, has spent years looking at the inner-relationships between humans and the ocean. Her interest in this connection started at San Clemente High School while working with the nonprofit Surfrider Foundation on the elimination of marine pollution, and looking at the dispersal of aluminum cans, plastic bags and cigarette butts.

“It is irrational to think that we are going to get rid of all ocean trash, especially those that are most detrimental … We know there is a lot of trash in the ocean, and that we need to clean it up, but there is so much of it so we need to know which trash is the worst,” Swayne said.

Since the beginning of August, Swayne’s research has centered around not only the program’s flat PVC plates, but also around a second study of five different items, including an aluminum can, a tennis shoe, a plastic bottle, a plastic bag and a Styrofoam food container, to determine which attract more “bad” organisms.

The varying surfaced items, meant to mimic trash, were dropped into the Harbor waters just off the Maddie James Seaside Learning Center’s dock, and in just over a month have attracted varying organisms, including invasive tunicates. The aluminum can and plastic bottle collecting the most.

“This fell into my original hypothesis,” Swayne said. “There has been a lot of research in the past on growth on ships’ hulls, so we know that things grow on those particular surfaces.”

And while she isn’t certain examining marine debris as a vector of bacteria will provide conclusive evidence, she hopes to continue the study of the human effect on transferring invasive species at the Wrigley Institute on Catalina Island. With Dana Point being the southernmost port such research is being conducted in, she believes more research needs to be conducted to examine areas with more human traffic than Alaskan waters. She also hopes to continue working toward policy initiatives to mitigate ocean pollution.

This model of citizen science is also something Steers and Shaw hope to further at the Ocean Institute. This study fit hand-and-hand with the institute’s development of more advanced curriculum for high school and college aged students, Shaw said. And with a focus on adding programing to examine the human impacts of coastal ecosystems, the plate watch program allows the Ocean Institute to just that.

Aside from the growth on the plates of the Smithsonian program, institute visitors can also see the native and invasive species growing along the Seaside Learning Center’s floating docks, allowing it to become a “living breathing organism,” Steers said.

For more information on the Ocean Institute and future and ongoing programming, visit www.ocean-institute.org.