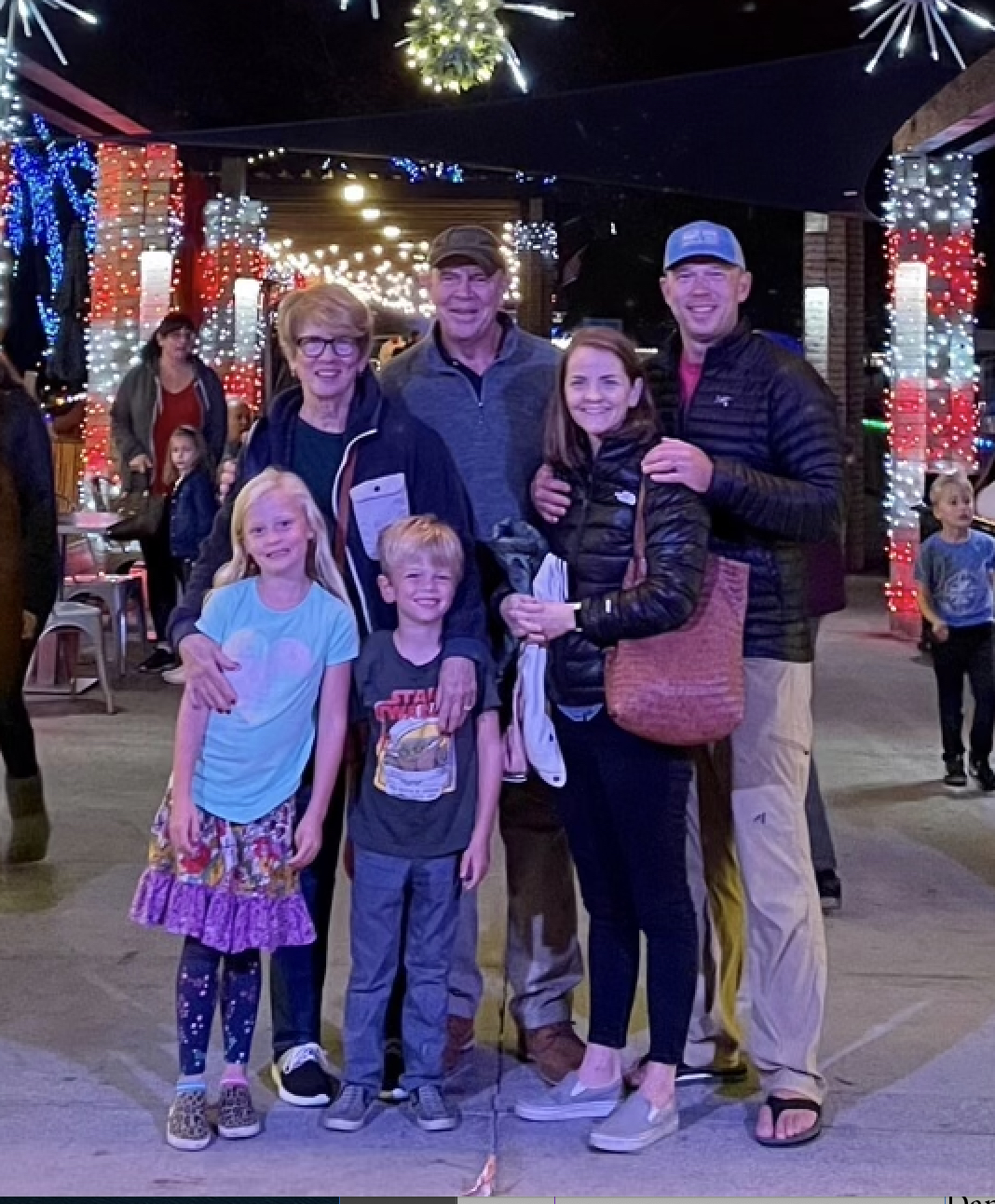 Harbor Grill to Close in September

Featured Photo: Harbor Grill owners Wanda and John Hicks, with their son Keegan and daughter-in-law Amelie Hicks and their children at the Dana Point Harbor Holiday Lights. Photo: Courtesy of the Hicks Family

After serving the Dana Point Community since 1984, Harbor Grill owners John and Wanda Hicks and their son Keegan Hicks announced that they will be closing the restaurant at the end of September.

In the almost 40 years the restaurant has been open, the Hicks family has welcomed generations of diners for ​​lunch, dinner, and Sunday champagne brunch.

“It has been an extremely difficult decision for us to make, but after thoughtful consideration, we know this is our time.” John Hicks, founder and co-owner of Harbor Grill, announced in a press release. “The Harbor Grill staff and customers are our family and we’re so grateful for the memories, which we will take with us and cherish forever.”

The Hicks family moved to Laguna Niguel in 1984, bought and remodeled the restaurant, when Keegan Hicks was 3 years old and their daughter Giselle was 4.

“I grew up in this restaurant and we are so proud of what we have accomplished over the years.” Keegan said. “We are closing the doors with our heads held high and are looking forward to our next adventure and spending more time with my family.”

Growing up, Keegan watched his parents work in the restaurant until he was old enough to work as a busboy, and later on, he began bartending. Two decades ago, John passed the torch to his son as Keegan became the operating partner, running the day-to-day operations of the restaurant.

The Hicks family was in talks with the Dana Point Harbor Partners to open a new location as part of the Harbor Revitalization but ultimately decided the timing was right for the family to close the restaurant.

John and Wanda plan to retire and spend their time in Montana. Keegan and his family plan to move out of state. The family does not plan on opening another location.

“We enjoyed exploring options with the Partners for The Harbor Grill 2.0 within the revitalized Harbor, but ultimately made a decision that is best for our families,” Keegan said. “We want our loyal customers to know we are happy with our decision and are excited to start the next chapter of our lives.”

President of Burnham Ward Properties and Partner of the Dana Point Harbor Partner Bryon Ward added that he had hoped the Harbor Grill would reopen in the revitalized Harbor.

“Harbor Grill is a local and visitor favorite and it was important to us to see them in the finished project.” Ward said. “We understand it has been a difficult decision for John and Keegan to make, and although we will sorely miss Harbor Grill, we wholeheartedly support their decision.”

“The Harbor Grill is a Dana Point and visitor favorite,” Bartlett said. “Their atmosphere, friendly staff, and the Hicks family will be missed dearly, and we will them the very best in their future endeavors.”

Until the end of September, Harbor Grill will still be open to serve the Dana Point community. The Hicks family says they are looking forward to seeing their regular customers over the coming months to celebrate and say goodbye.