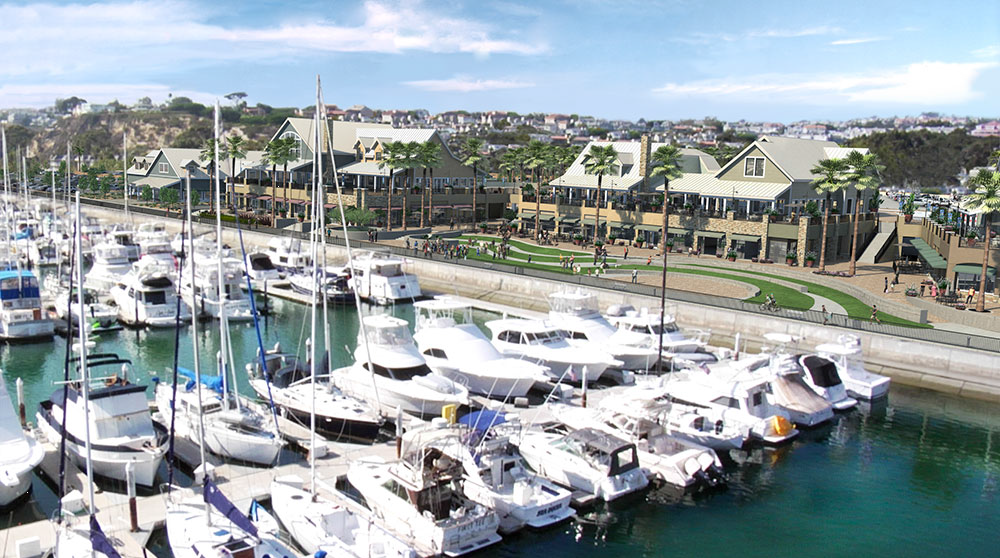 With an appeal filed by a local recreational boaters association, the Dana Point City Council on Tuesday, June 17 will consider the county’s coastal development permit for the long awaited revamp of the Dana Point Harbor.

The permit was approved by the Planning Commission on May 12. With it, Orange County’s plans to demolish 13 buildings and reconstruct much of the Harbor’s commercial core were permitted. Plans would see the construction of seven buildings—adding 30,000 square feet of new retail, restaurant and office space—a two-level parking structure with more than 500 spaces and a 35,000-square-foot park.

This petition, by law, could have gone straight to the Coastal Commission, said San Juan Capistrano resident and boater Bruce Heyman, who represents the appellant, Boaters 4 Dana Point Harbor. But, given the CCC’s backlog, Heyman said the organization didn’t want to delay the revamp process.

“Our desire is to see the revitalization move forward quickly, but without the loss of recreational boating resources,” Heyman wrote in a May 21 email. “As a result, we will appeal this at the local level first with the hope boater resources can be preserved and we avoid any delays in the start of construction.”

The organization is mainly concerned with the boat-storage facility and the loss of dry-boat storage both during and after construction is completed.

Talks about rehabbing the Harbor have been in the works since 1997 and conceptual designs were drawn up in 2002. More than 150 public meetings over Orange County’s $140 million project have been held, between community members and stakeholders, including the city, county and coastal commission.

The five-member governing body meets Tuesday, June 17 at 6 p.m. at the Dana Point Community Center, located at 34052 Del Obispo Street. If the decision is upheld, the county could begin construction sometime in 2015.