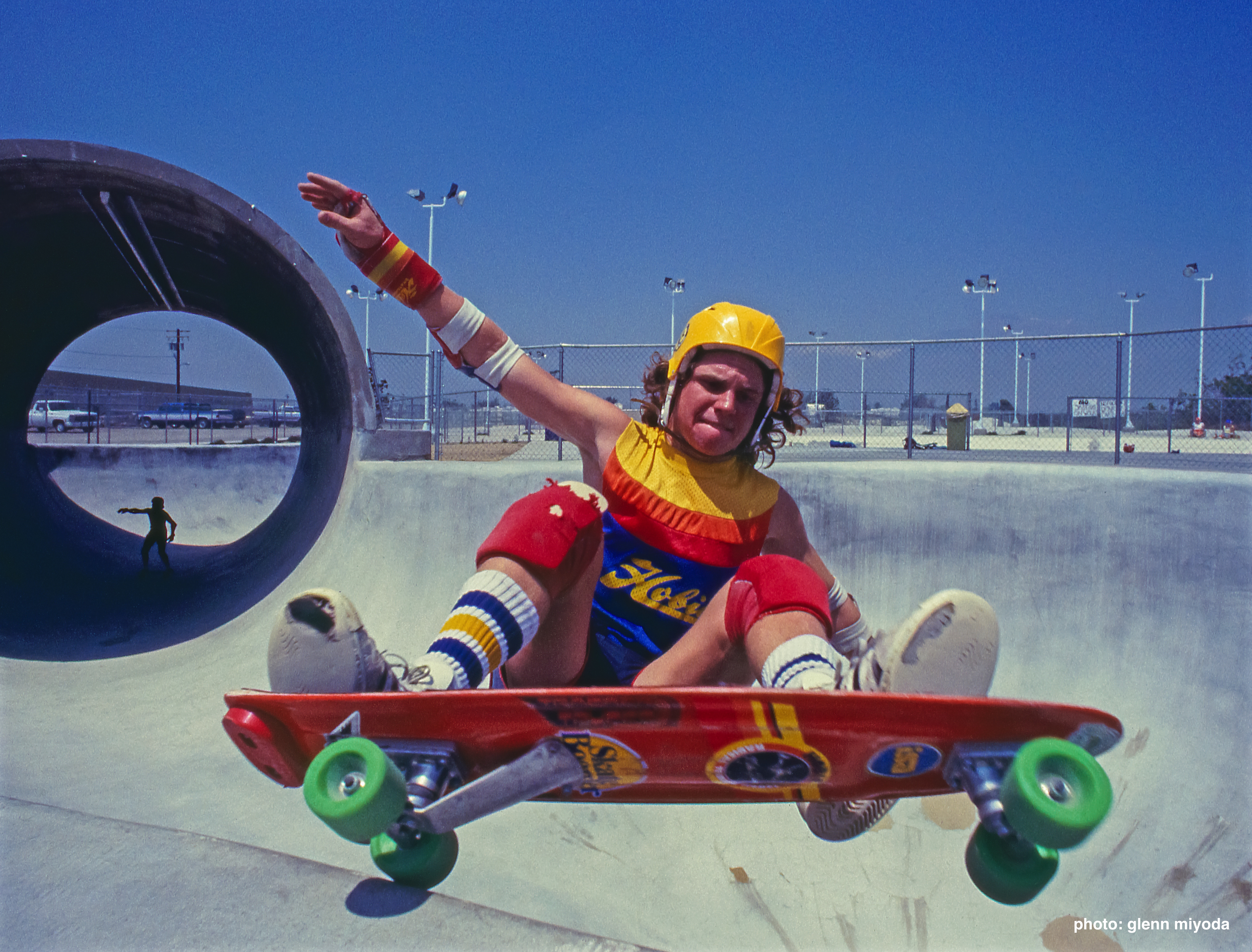 A pioneer of the early days of skateboarding and a former Dana Point resident, Mike Weed was inducted posthumously into the Skateboarding Hall of Fame as a 1970s Era One skater in a ceremony on Friday, May 4 at the City National Grove of Anaheim.

Weed’s wife Leslie and son Richie accepted the award on his behalf. Weed was inducted by Steve McAnlis, of Hobie Skateboards in the 1970s, friend and teammate Ed Nadalin and photographer and friend Glenn Miyoda.

Weed lived his early life in Laguna Beach and moved to Dana Point in the third grade. He started skateboarding around 1965 in the hills of Laguna Beach, and after moving to Dana Point, Weed took quite well to surfing at Doheny State Beach and Salt Creek Beach.

Weed became a member of the Hobie surf team in 1970 but quickly made a name for himself in the skateboarding world.

In 1974, Weed began to skateboard more and more with the introduction of the Cadillac wheel that provided more grip to riders and was better for street skating. Weed began hitting driveways across Dana Point.

Weed skated one of the first pools in San Juan Capistrano in 1975. It was there he first tried doing a kickturn while on a vertical. Weed was documented as one of the first to do so and got notoriety with the early publishing of skateboarding photos in SURFER magazine and his first cover with SkateBoarder magazine.

That cover shot got Hobie’s attention as they were putting together a skateboarding team. Hobie offered him his first pro contract, $250 a week, so Weed took the contract and dropped out of Dana Hills High School in 1975.

Weed was mainly a bank and bowl rider with plenty of freestyling. As part of his contract with Hobie, Weed had to do freestyle demos in parking lots to attract attention.

Weed’s pro career ended in 1980. Hobie entered Chapter 11 bankruptcy, and Weed went to skate for a new company, Bad Co., which was started by a former Hobie employee. Things went sour as Bad Co. eventually owed Weed $10,000, and he had to return a leased truck. He had started a signature product, the Weed Wheel, with Bad Co. and was going to look for a new backer. Bad Co. wouldn’t allow it as they had trademarked the Weed Wheel. The experience made Weed turn away from pro skateboarding.

Weed then turned back to surfing and didn’t skate for a while. He moved to Maui, Hawaii in 1985 where he met his wife Leslie and continued to live until his death in 2014 after a fight with leukemia.