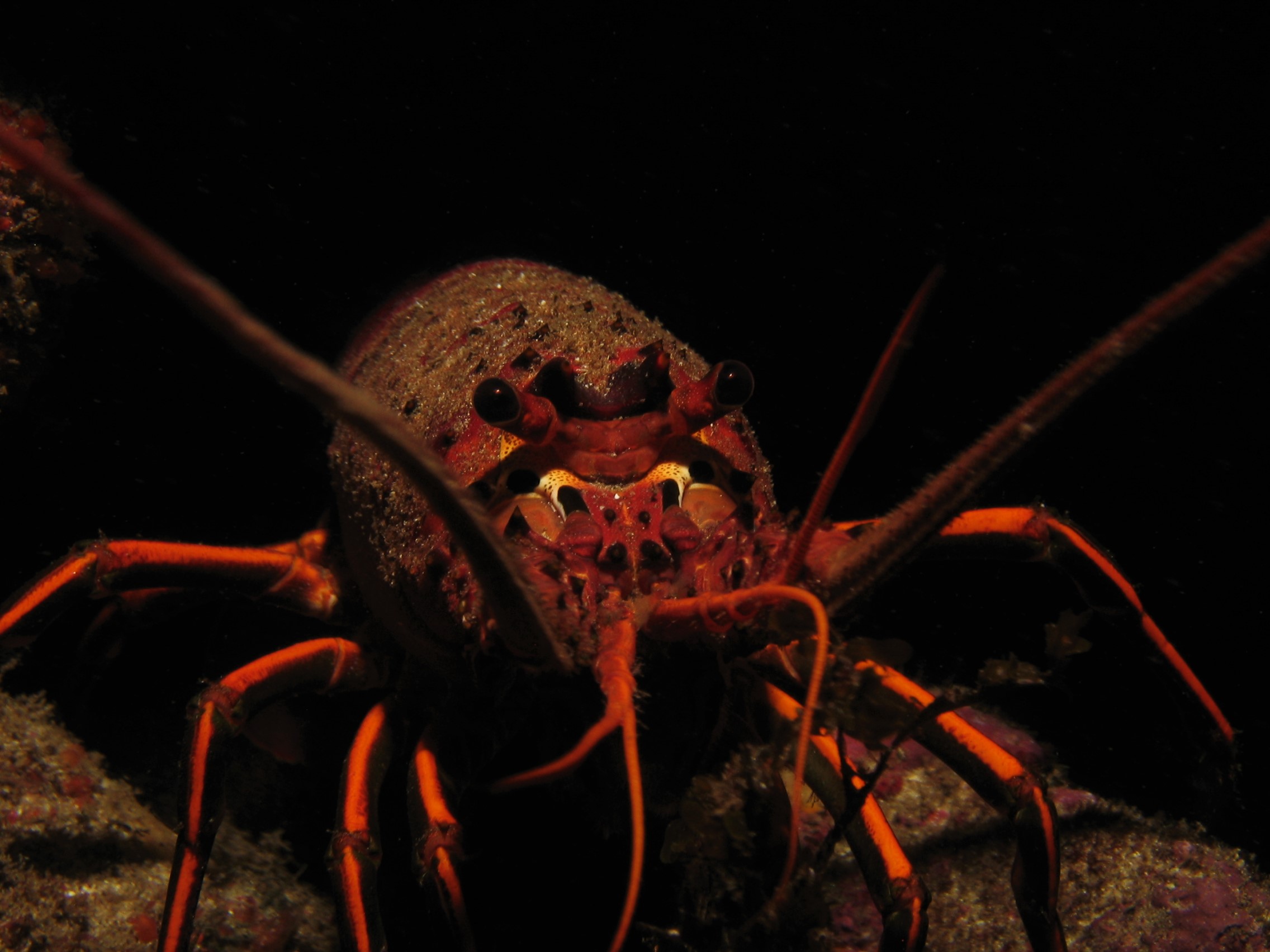 Guest Opinion: On The Ocean

As the summer progressed, an abundance of crimson tails and shells populated the shoreline.  Exactly like a teenager’s room full of clothes cast aside that were not fit for the first day of school. That right folks, it’s fall here in Southern California. New school year. New school clothes. Even our local, California spiny lobsters (Panulirus interruptus) get ready for picture day in the fall.  While we have been enjoying the surf and working on our tans these past few months, our native inhabitants just beneath the waves have been working on their shiny new shells too.

Summer is prime time for lobster growth spurts. With a shell that is inelastic and rigid, to grow, our spinys must shed their shells to grow. A lobster wears its skeleton on the outside, a tough exterior built to withstand at least a few armed assaults. When it comes to expanding or growing, the shell is completely inflexible, leaving only one option: rip it off.

An exoskeleton (shell), of fixed size must be cast-off in the case of progress, so lobsters shed to grow; and with the steady increase of lobster abundance in our marine reserves these days, there is a pleasant sight of piles of molts of all shapes and sizes popping up in pockets under the sea and occasionally being pushed onto shore.

Shedding or molting (technically known as Ecdysis), occurs when a lobster extrudes itself from its old shell. Unlike soft-bodied animals, a lobster’s shell doesn’t grow bringing necessity for this intermediate growth process and grows throughout their lives.

Shortly before molting several things take place. Calcium moves temporarily from the old shell to hang out in the stomach for the process. Don’t worry, it will be re-absorbed, post-molt to help the new shell harden. Blood also takes a hike in the interim to assist the body shrink to about a quarter of their normal size and make it easier to disrobe from their old shell. Now, for hydration.  Prior to molting, a lobster absorbs lots of water, which causes the new shell to swell, eventually pushing away the old one. Escaping from its old shell may take the lobster anywhere from several minutes to a half hour, depending on environmental conditions and the size of the animal.  In our labs, lobsters molt just the same as in the wild and we’ve observed the entire molting process of many of our inhabitants in our live teaching collection over the years.

Now, if our California spiny lobsters were not the modest beings that they are, it would bring a whole new meaning to marine exhibitionists. Such exhibition would make normal lobster life impossible as they would be on the oceanic menu front-and-center, resulting in fewer lobsters in our rocky reefs. Naked and vulnerable post-molt, lobsters tuck away in the secure crevices in our reefs until their shells are solidified and ready for their close-ups.

Julianne Steers is a marine biologist and the Director of Husbandry for the Ocean Institute.