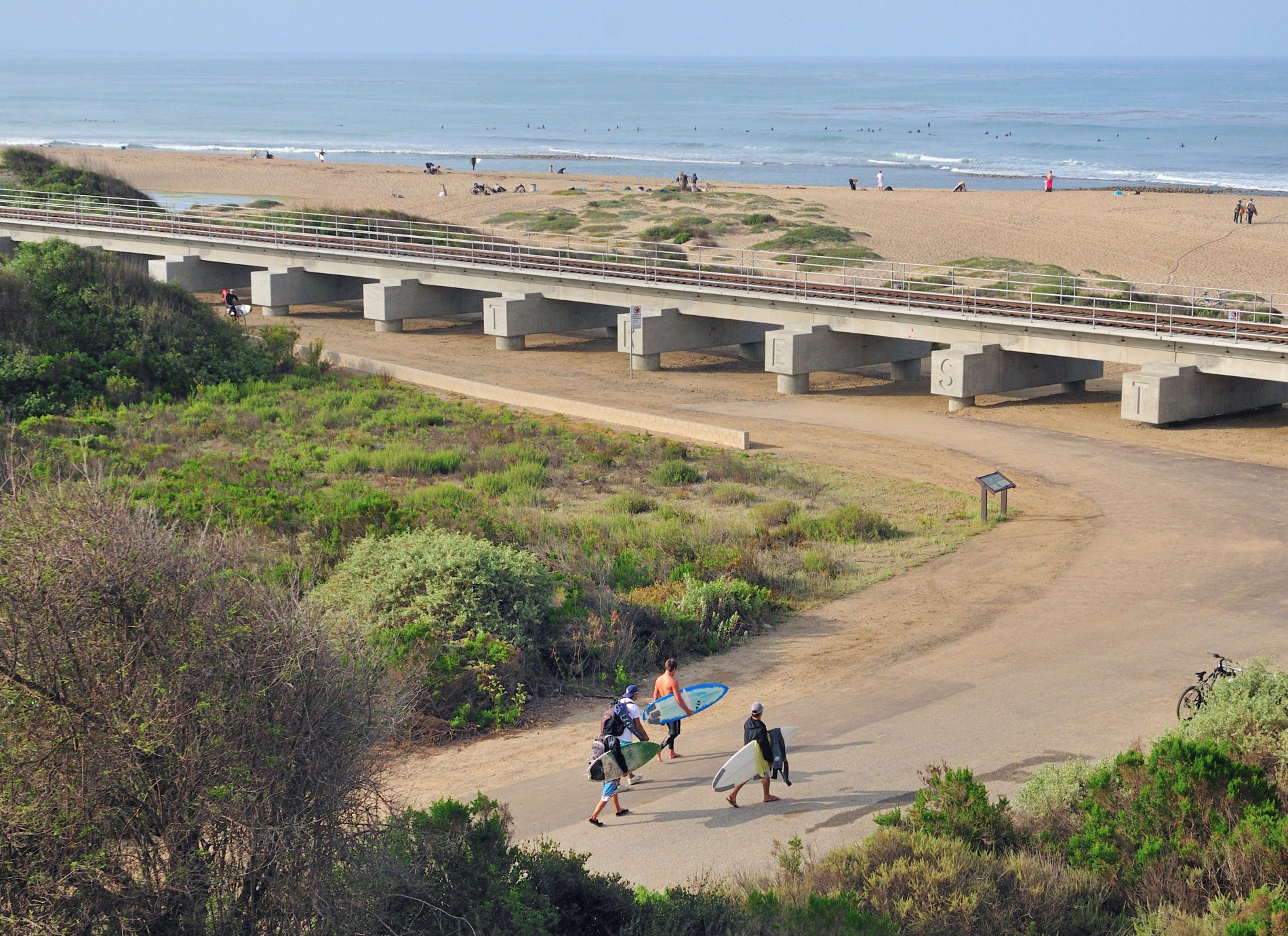 Just when you thought San Onofre and Trestles were safe, the 241 Toll Road iusse is back. Lawsuits filed at the end of July by the city of San Clemente and The Reserve Maintenance Corporation are calling on the Orange County Superior Court to invalidate a settlement and protective agreement that was intended to spare the city’s world-class surfing area from the development of an eight-lane super highway. The agreement was signed in November 2016. This latest round of lawsuits contends that there was absence of public comment and environmental review, as well as possible violations of the state’s open meetings laws.

In the protective agreement, the Transportation Corridor Agencies (TCA) consented to cease any funding or construction of the planned toll road that would have connected the 241 to Interstate 5 at Basilone Road and cut through the Trestles and San Onofre watersheds. In exchange for the TCA’s cooperation, the groups that fought against the plan, including the Surfrider Foundation and the Save San Onofre Coalition, relinquished the ability to oppose alternative toll road plans in San Clemente.

The agreement “virtually guarantees that the TCA will now seek to cram the toll road directly through the only places remaining available, i.e., the preserved open space, mitigation land and trails located in the established communities of San Clemente, San Juan Capistrano and/or Rancho Mission Viejo,” reads the lawsuit.

“It’s unfortunate that the city of San Clemente is choosing litigation over collaboration,” said TCA CEO Mike Kraman, in a statement issued July 19 when the lawsuits were first announced. “We would hope the city would choose to work for, not against, the effort to relieve traffic, promote economic viability and protect our quality of life.”

What’s unfortunate is that Mr. Kraman and his organization continue to fail to understand why people in San Clemente oppose a toll road that would cut the city in two and could jeopardize the health of Trestles and San Onofre. Promoting economic viability and protecting our quality of life, is he for real?

“There’s an idea that this was all some secret agreement—that Surfrider took the money and ran—and that’s simply not the case,” Chad Nelsen, Ph.D., Surfrider Foundation CEO, recently told Surfer Magazine. “After 15 years of fighting and winning, we were looking for an endgame. (San Clemente) didn’t want the original agreement to happen, and (it is) pitting people in the city against people who want to protect the park, which doesn’t make sense, because the park is a community asset for the city.”

In 2012, Nelson led a study that found, annually, surfing generated $8 million to $13 million in revenue for San Clemente.

“The waves at Trestles attract surfers from throughout Southern California who contribute to San Clemente’s local economy by spending money in town when they visit. They buy gas, eat at local restaurants and shop in local stores,” he wrote.

A 2011 TCA economic impact study of the initial segment of the 241 Toll Road estimated that approximately $17.7 million in tax revenues would go to state and local governments.

Now, I’m no economist, and it’s unclear how much of that $17 million San Clemente would take in to city coffers, but it’s safe to say there are a lot of hands in that cookie jar and we’d be seeing pennies on the dollar. Meanwhile, it’s not unreasonable to consider that preserving our pristine surfing grounds, investing in protecting the environment and enhancing the California State Park experience has the potential to translate into far greater revenue for the city (i.e. economic viability), while at the same time preserving our environment for generations to come (i.e. protecting our quality of life).

“It’s unconscionable for the city of San Clemente and The Reserve Maintenance Corporation to attempt to destroy a state park enjoyed by millions. A toll road through the state park is a proposal that was rejected by the California Coastal Commission, President George W. Bush’s Commerce Department and the (San Diego Regional Water Quality Control Board). It’s time for all Californians to again rally to save the park,” Dan Silver, a spokesman for the Save San Onofre Coalition, said in a prepared statement.

So now we’re back where we’ve always been—in court. For over 15 years, there’s been a pitched battle swirling around the 241 Toll Road. Regardless of where it’s proposed, it just doesn’t seem to be working for anyone. Maybe it’s time the TCA finally just packed up their tent and went home? The widening of the I-5 through town is sure to alleviate some of the traffic congestion. Let’s wait and see what happens when they’re done before we go carving out another eight-lane highway.

And if things are still congested, perhaps there’s a softer approach? At one point, even the TCA suggested a smaller artery connecting La Pata to Cristianitos was a viable solution. Then they said, “we don’t do arteries.” It’s not an ideal solution, as it would still cut through park land, but it would certainly be less intrusive and impactful if done right.

This all may be a moot point anyway. In a few years, the Navy and Marine Corps could decide not to renew the lease agreement for the State Park land, in which case the TCA would be handed off to the federal government, and the process would begin anew.