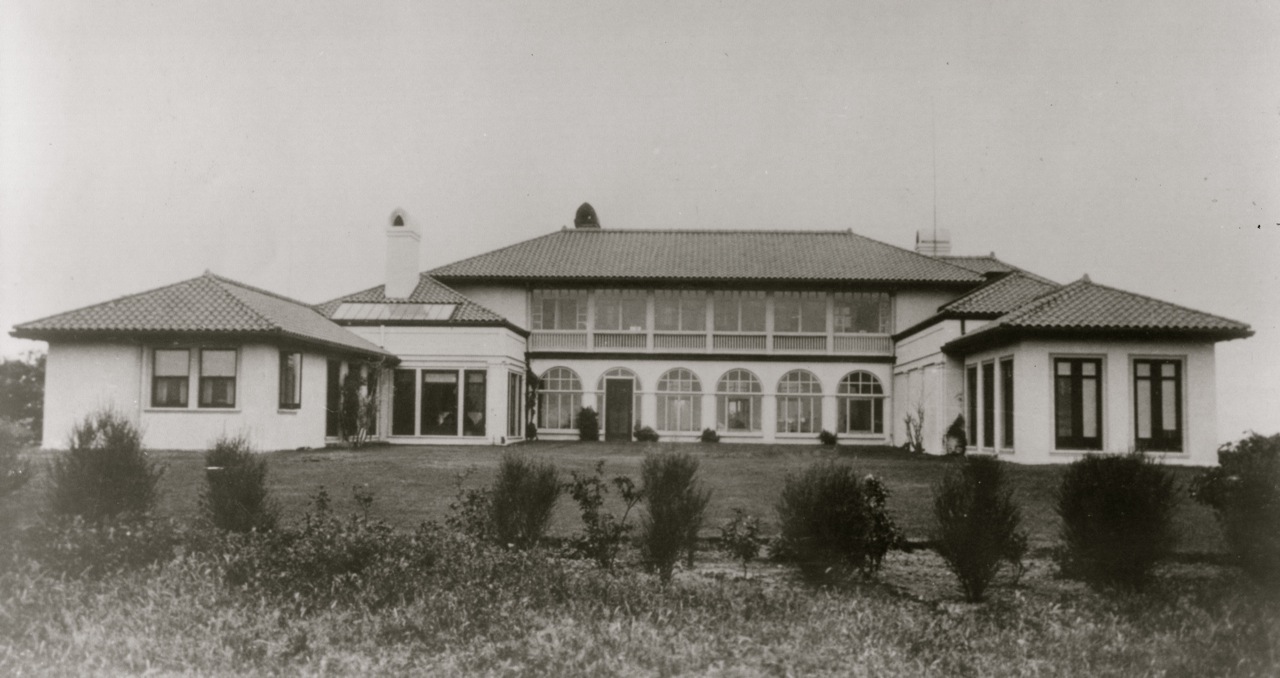 By Barbara Johannes, president of the Dana Point Historical Society

Considered Dana Point’s oldest permanent residence, the Dolph Mansion was listed on the city’s Historic Register in 2001 and is eligible for the National Register of Historic Places.

In 1914, Miss Blanche L. Dolph commissioned the Los Angeles architectural firm of Walker and Vawter to design her two-story home. Copies of the original floor plans still exist. The 6,600-square-foot residence is said to combine elements of Mediterranean revival styles, such as the red-clay tile roof, with the horizontal Prairie influence of Frank Lloyd Wright. Inside, the Honduran mahogany of the staircase and woodworking reflects the period’s craftsman detailing.

Dolph’s travels abroad may have inspired the Mediterranean influence of her home. The 1921 History of Orange County California describes her extensive travela throughout the United States, Europe and Asia. When she first visited San-Juan by-the-Sea, now known as Dana Point, in 1886, her travels helped her recognize the site of her future home with its beautiful views of the Capistrano Valley, the Temescal Mountains and the Pacific Ocean.

Born in Scranton, Pennsylvania, Blanche used her inherited coal wealth to travel, invest and do charitable work. An accomplished musician, she studied violin, cornet and piano at the University of Lewisburg. The Los Angeles Times reported Blanche performing as solo cornetist on Valentine’s Day 1889 in concert with the Seventh Regiment Band.

Today, a skylight ceiling still illuminates the Dolph House music room, restored as one of eight character-defining rooms and areas of the home’s interior.

Blanche crossed the country 60 times by 1921, “motoring” with Lucilla McGaughey across the entire U.S. in 1917. Lucilla, the former-assistant pastor of Scranton Presbyterian Church, was Blanche’s secretary and companion for 25 years. In 1916, Blanche, Lucilla and Margaret Day Cook organized a children’s Sunday school thus beginning the Community Presbyterian Church of San Juan Capistrano.

Blanche named her home “The Dolphin” and transformed her barren grounds into lawn, orchard and gardens. A 1924 Los Angeles Times article, titled “Bare Hilltop Acres are Made to Bloom,” included photos of Blanche in her bountiful garden, irrigated from cisterns of saved roof water and creek water pumped from the valley below.

When Dolph died in 1936, at 87, the Times headline read, “Huge Estate Fight Rages, Santa Ana Courts Will Hear Case Involving Missionary’s $800,000 Holdings.” Florence Dolph contested her sister’s will, but Blanche’s instructions prevailed and Lucilla remained at the Dolph Mansion until her death in 1945.

There is more information about the Dolph House that includes the Capistrano by-the-Sea Hospital, the clinic era and the 2002 to 2006 rehabilitation of today’s private home.

To learn more about the Dolph Mansion, visit the Dana Point Historical Society Museum, located at 33282 Golden Lantern, Suite 104, to view the society’s exhibit. The museum is open Tuesdays and Thursdays from 1 p.m. to 3 p.m. and Saturdays from 11 a.m. to 3 p.m. Appointments can also be made by calling 949.248.8121. Visit www.danapointhistorical.org to find out more.