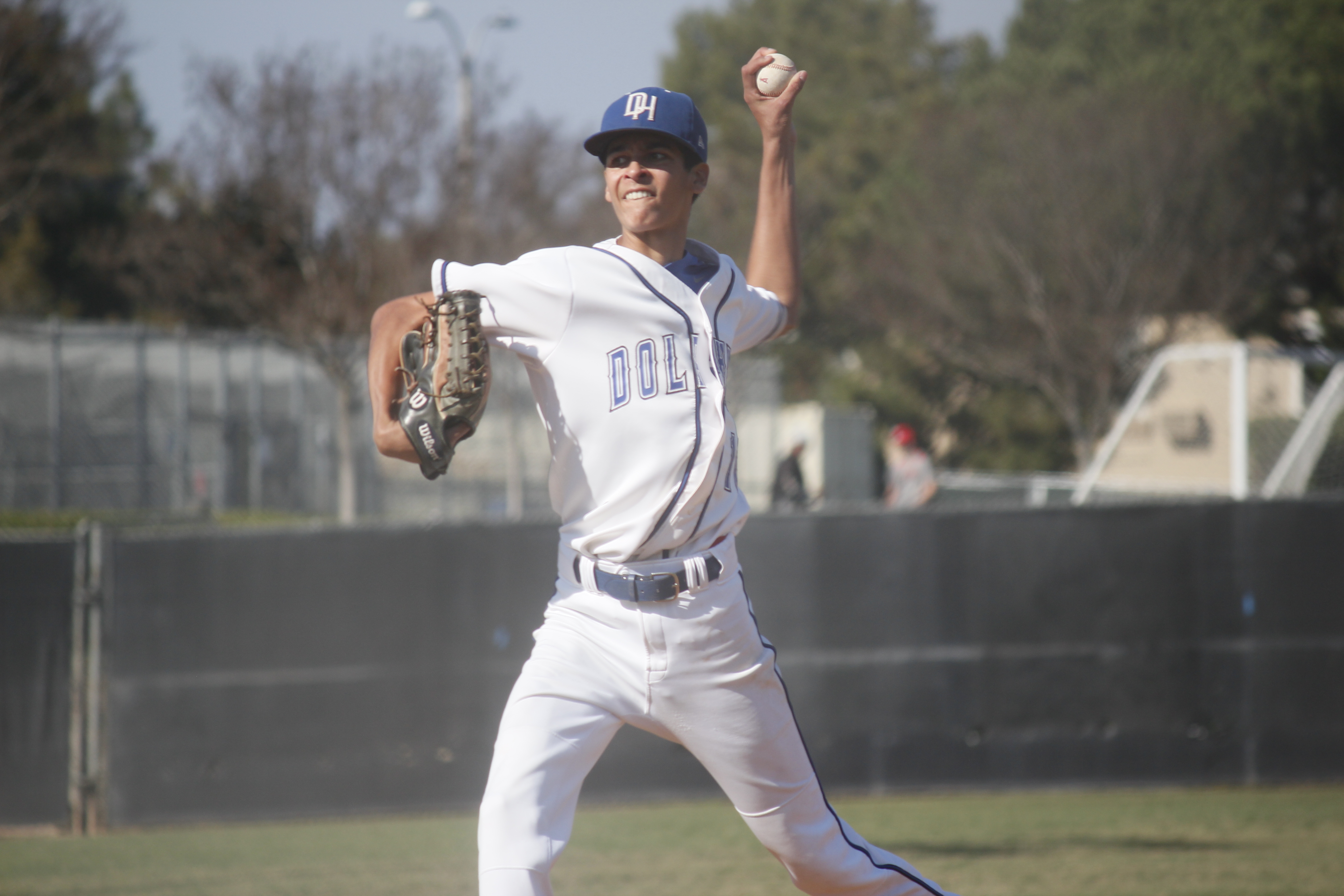 No matter which way you slice it, any draw in the CIF-SS Division 1 baseball playoffs is a tough draw.

But Dana Hills definitely got one of the tougher ones.

The Dolphins square off with defending Division 1 champion El Toro in the first round on Friday and are likely to face one of the top pitchers in Southern California, Erik Tolman.

No matter what result happens at El Toro High School, the 2018 season is a win for Dana Hills.

In the game itself, the Dolphins either pull off the surprising upset or fall to a likely superior team. In the season overall, the gains are immeasurable.

Dana Hills came into the season with sizeable losses.

Stud pitcher Hans Crouse graduated and was drafted by the Texas Rangers. The far and away RBI leader, Joe DeBaca, also graduated. Without Crouse, the pitching staff became in flux with injuries and others leaving the team. Dana Hills was without five of its projected top six pitchers going into the season.

But here are the Dolphins in the first round of the Division 1 playoffs with the same win total (17) and league placing (second) as a year ago. Dana Hills captured the prestigious Ryan Lemmon Tournament with a midseason offensive surge. Youth has stepped up and earned valuable experience for the road ahead.

Gallina at catcher and Zwahlen at first base have also led the defensive fielding efforts for Dana Hills. Ezor at second and Waters at shortstop have shored up the middle of the defense.

Sophomore Dante Jackson has been a horse on the mound for the Dolphins with a 1.99 ERA and a 6-2 record. Zwahlen, Lewis, sophomore Chase Walter and junior Chase Hill have done their share on the hill.

That’s not to say the seniors of this Dana Hills group haven’t been instrumental.

Shane Ferrari has been offensive leader with 13 RBIs and seven extra-base hits. Corey Cisowski has been an overall leader with 11 runs scored and an 0.69 ERA in 10 relief appearances.

On the whole, Dana Hills was looking to reload and did so quickly. The battles fought and lost in 2018 could turn into wins in 2019 as the young Dolphins continue to grow.