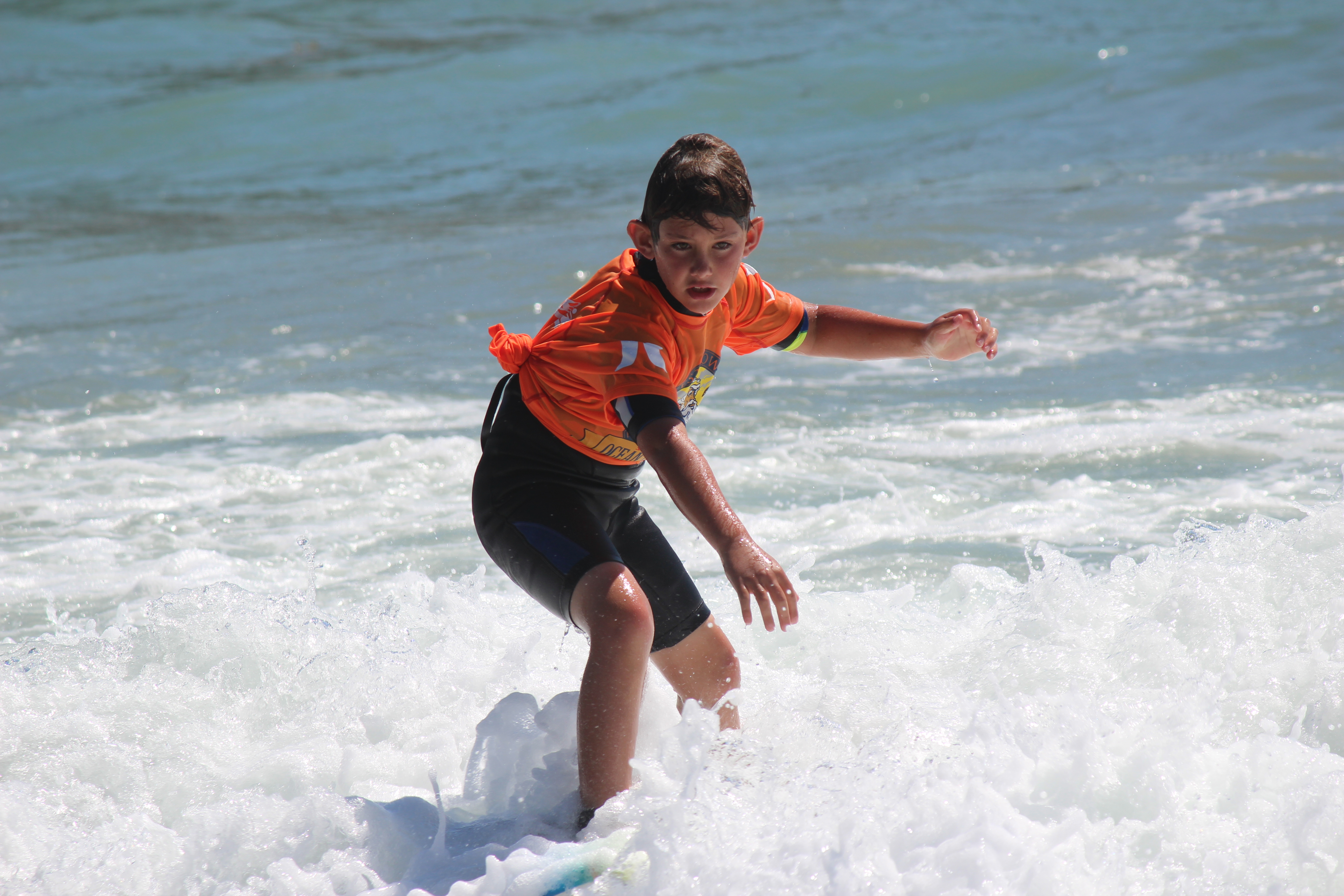 Groms Rule surf contest organizer Jack Sutter got a bit of a closer look than he’s used to at this year’s edition of the contest Sunday.

One of the younger participants, Maxim Bregman, 10, had seen his push-in helper take ill. So, to keep him in the Ocean Festival contest, Sutter decided to do it himself.

“I had to push him in, which was a lot of fun,” Sutter said. “Unfortunately, he didn’t advance, but he had a big smile. Everybody kept things lighthearted and fun.”

Sutter said this year’s contest was greatly helped by kids and parents being flexible. Times of heats were rearranged throughout the contest, and number often dictated larger heats than normal.

“All the parents agreed to let more kids surf, so everybody got a shot,” Sutter said.

This year’s contest, which included 62 participants, including two 5 year olds.