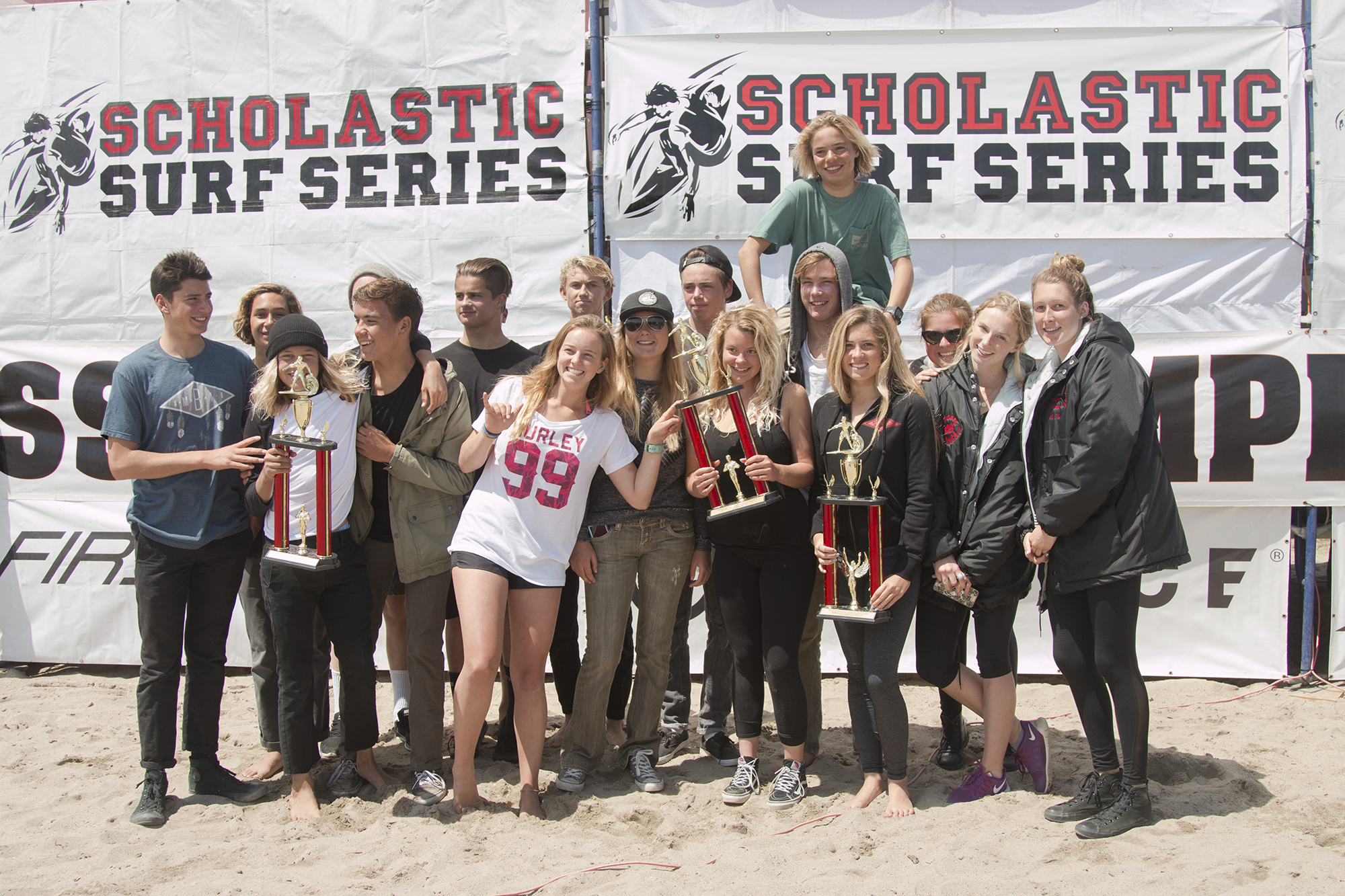 The SC team was the top points-earner from a field of nine coastal high schools from San Diego to Santa Cruz.

“San Clemente has the best feeding program of any of the high school teams with surfers coming up from undefeated Shorecliffs, Bernice Ayer and Vista Del Mar middle schools acting as development teams for their program,” Carolyn Krammer, SSS competition director said. “Such a strong depth of talent feeding in from San Clemente middle schools has made them a dominating force.”

Although San Clemente had only two team members competing in individual state competition—Rachael Tilly (Women’s Longboard) and Kaimana Takayama (Men’s Longboard)—both made it onto the individuals podium. Takayama had a fourth-place finish and Tilly took top honors, her fifth straight SSS Individual State Championship title, dating back to her days of competing for Shorecliffs Middle School.