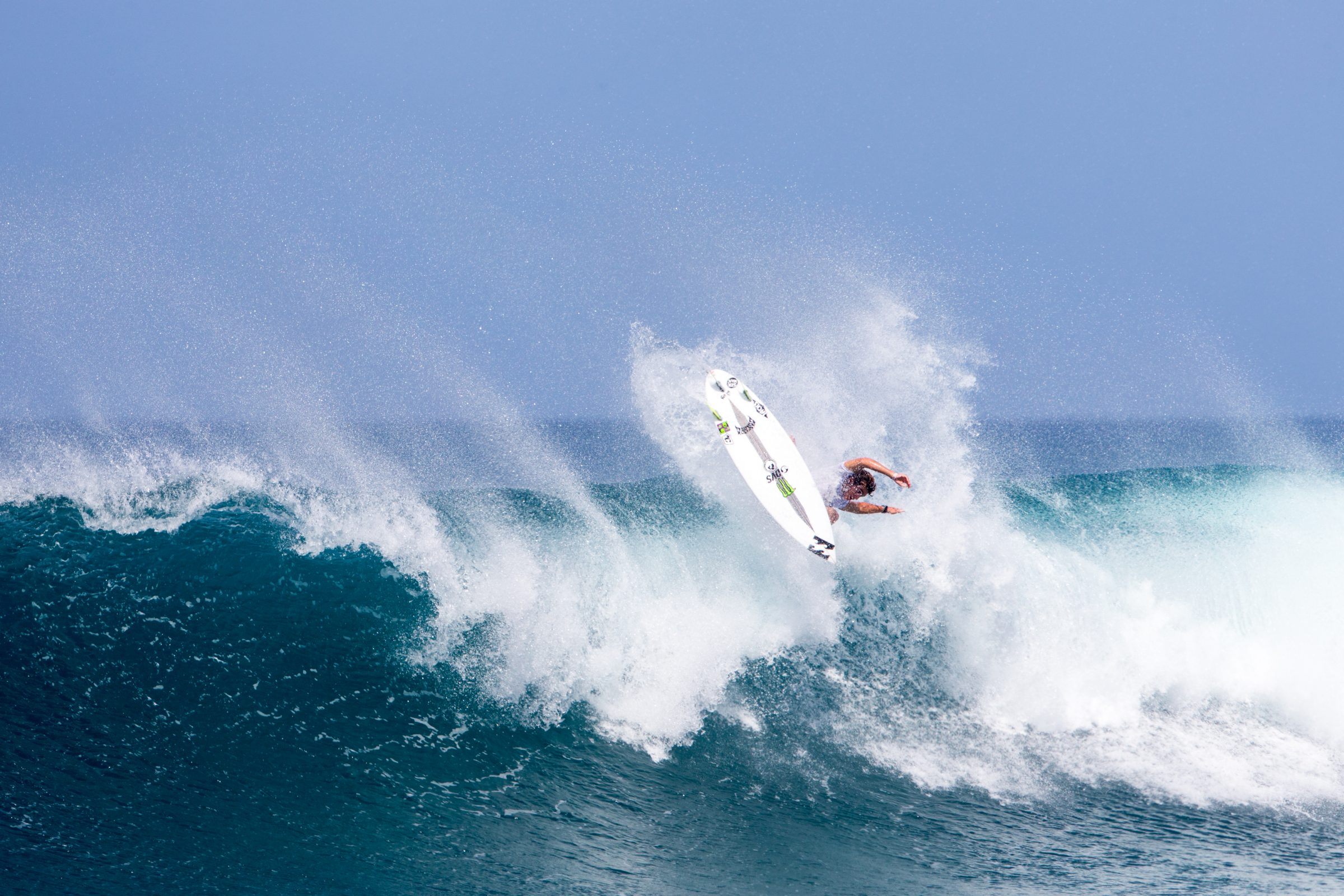 Grom of the Year: Griffin Colapinto

Without equivocation, South Orange County is home to some of the best up-and-coming surf talent in the world. We are fortunate to have an abundance of beaches for these kids to train and such a tight-knit community to help support them. We have national amateur champs in surfers such as Kirra Pinkerton and Kade Matson. We have a longboard world champion in Tory Gilkerson.

On June 1, 2011, Meg Roh went surfing at San Onofre and hasn’t missed a day since. For over 2,000 consecutive days now, she’s made a point of going out and catching a few waves.

But in 2016, it was Griffin Colapinto that stole the show.

With dreams of someday making the elite WSL Championship Tour, this year Colapinto took a huge step toward realizing them. Starting the year ranked 147 on the Qualifying Series, his goal this year was to crack the Top 100 and set himself up to make a run at qualifying for the world tour in the next couple of years. He ended the year ranked 32nd. As a result, the WSL named him one of the five most improved surfers in 2016.

“While the 17-year-old had been earmarked for big things since a young age, few, including Colapinto himself, could have foreseen his rapid ascent through the ranks,” noted the WSL.

Besides contests results, Colapinto seemed to be in all the right places in the last year. He made video appearances alongside hometown hero Kolohe Andino. He took a trip to J-Bay in South Africa and showed how much a lifetime’s worth of training at Lowers is worth. He picked up a sunglass deal with locally owned Dragon Eyewear, and he continues to make Matt Biolos and the crew at Lost Surfboards proud as he flies their flag.

Next year, Colapinto will look to make his final push to graduate onto the WSL Championship Tour. Given what he did this year, don’t be surprised if he does it.