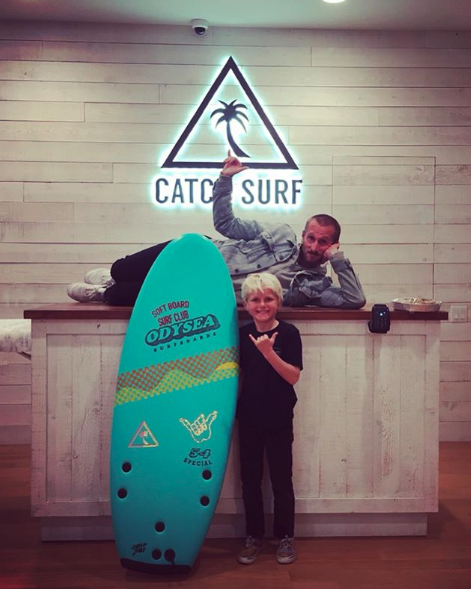 Never underestimate the power of positivity. Whether it’s jamming with his crew at T-Street or getting his Spanish flow down at Las Palmas Elementary School, young Zion Walla is all about spreading the stoke and firing up his friends.

Zion recently dropped a new edit that showcases the goofy-footer’s considerable skills. While most surfers around town have been struggling in the small surf lately, he’s been having a ball, pulling into barrels, smashing the lip and doing finless spinners to the beach. You can check out the edit on his dad’s Instagram account: @whereswalla.

And speaking of finless spinners, at the start of the month, Zion lost his favorite board from Catchsurf. He’d saved all his pennies to buy the board, and then it was gone. But when his dad posted something about it asking if anyone had seen the turquoise soft-top, San Clemente softboard star Johnny Redmond, who’s sponsored by Catchsurf, stepped up and replaced it—because there ain’t no stoke like the stoke of giving back.

Grom of the Week: Julia Guild

Should We Still Be Surfing?