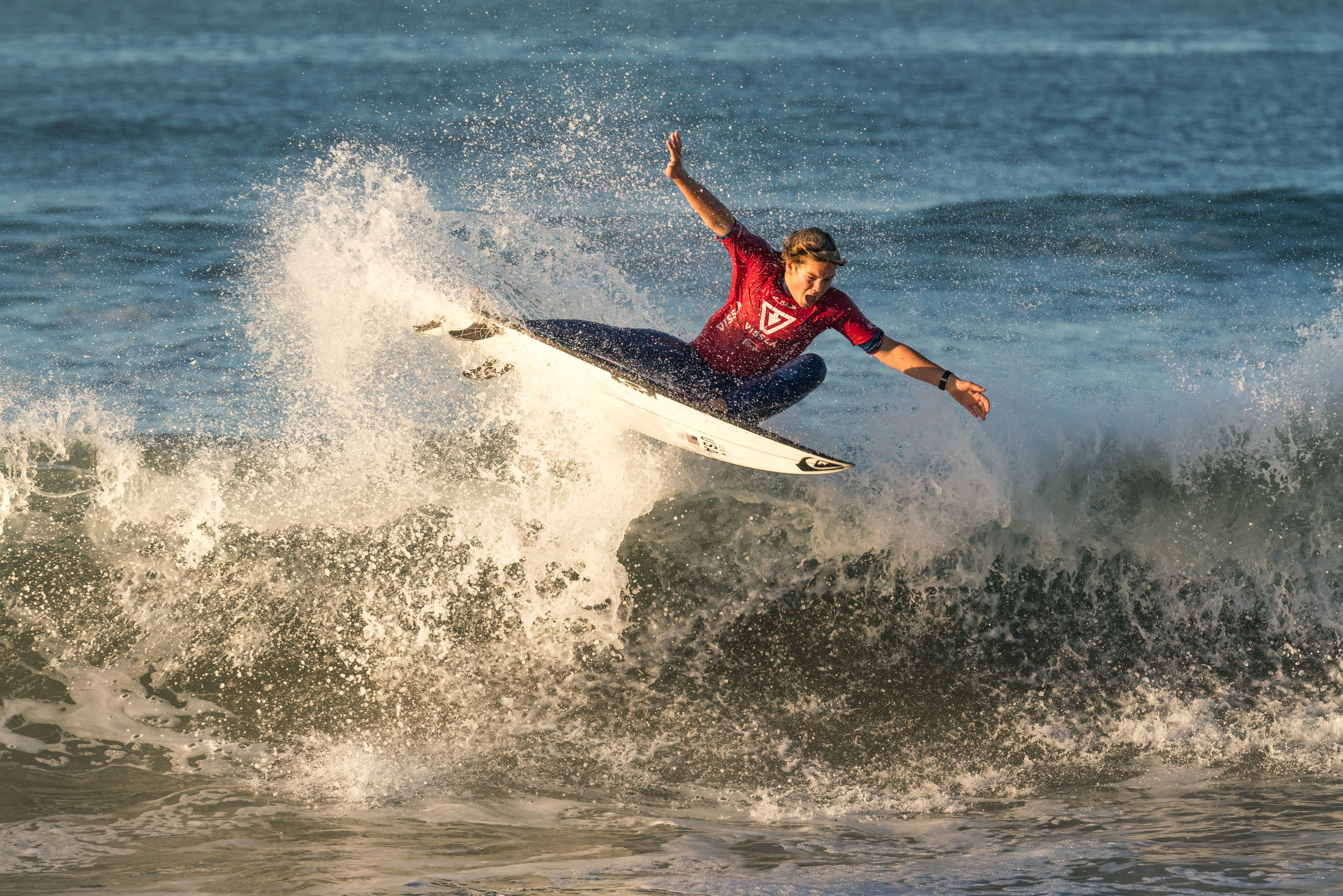 Grom of the Week: Taj Lindblad

Making things happen on the front lines of the junior surf scene, Taj Lindblad has been doing some serious work over the last few weeks. Roaring into the holidays, Lindblad just won USA Surfing’s Got Milk? West Coast Prime Series contest. Held at Salt Creek last weekend, it was the fourth of nine stops in the event series.

Taking out the highly competitive Under 16 division in challenging winter conditions at Salt Creek, Lindblad’s performance is especially notable, as the contest was one of the bigger ones on the local calendar this time of year. Featuring more than 100 surfers from up and down the West Coast, the Lowers regular was able to hold on for the win in a hard-fought final, eventually edging out Encinitas’s Levi Slawson.

At the end of November, the roles were reversed at the Rip Curl GromSearch National finals in Ventura, where Slawson got the edge on Lindblad. The San Clemente local still managed to put a very respectable third-place finish on the board in an event that saw surfers from all over the East and West Coasts, Costa Rica, Panama, California and Hawaii.

The next USA Surfing Prime Junior contest will be at Steamer Lane in Santa Cruz on Jan. 13-14, 2019.