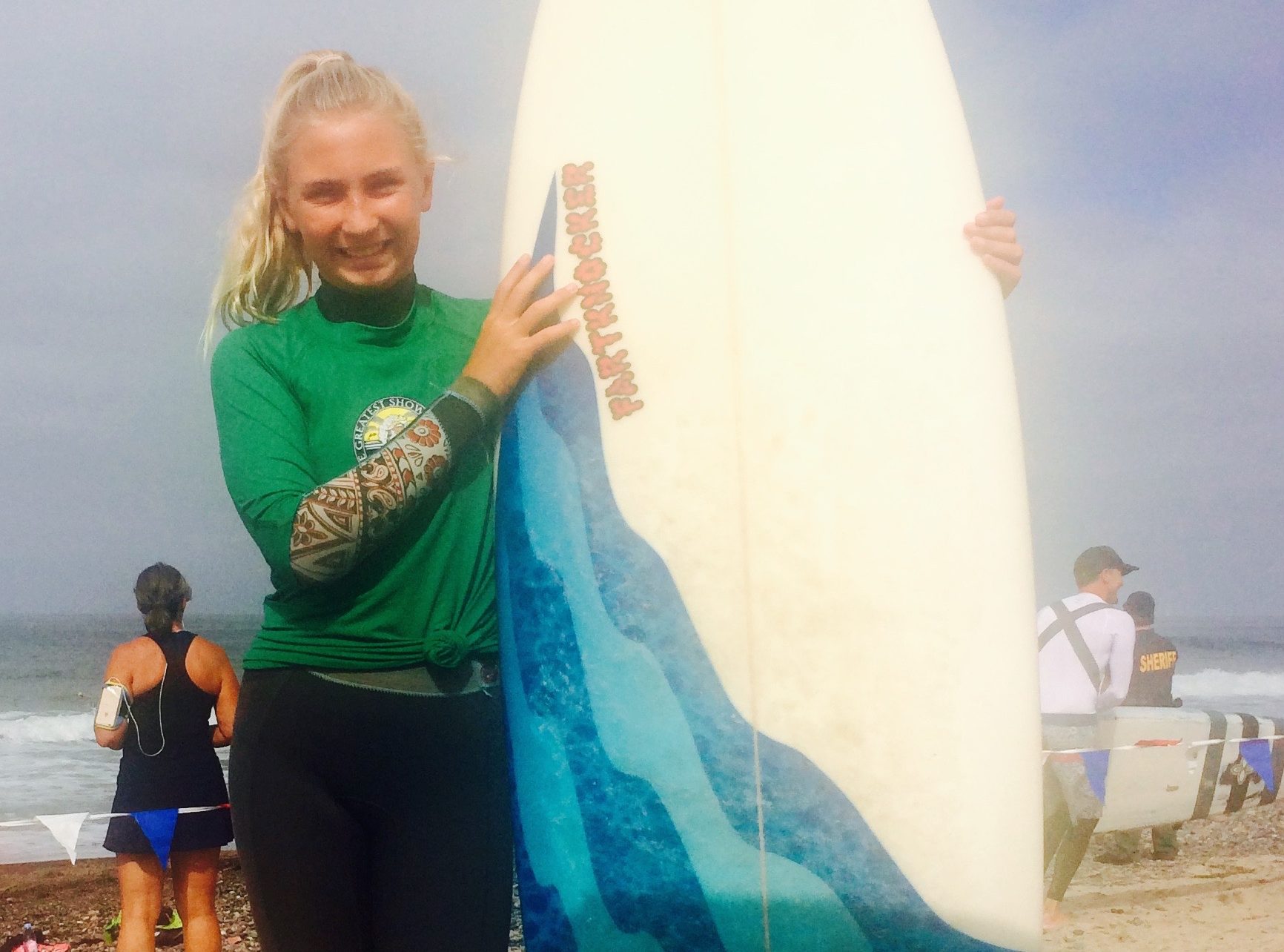 Grom of the week: Sophie Vollebregt

Surfing has always been a family affair for Sophie Vollebregt. As the second youngest child of nine siblings, she learned the ropes of surfing from her older sister, Meaghan, and her father.

Sophie, 12, has been surfing for about five years. Her sister first started pushing her into waves at Riviera when she was 7, and she is just starting to compete in local surf competitions.

The San Clemente native competed in her first surf contest this last summer at the Ocean Festival in July, and although she did not advance through her heats, she still has a positive attitude about competing in the future.

“I am planning to try out for the Shorecliffs’ Middle School surf team this year,” said Sophie.

She is currently in seventh grade, and hopes to make the school surf team and join the Western Surfing Association.

Sophie said some of her favorite things about surfing are just being in the water and doing tricks on her surfboard.

“I like going off the lip and doing some snaps and cutbacks; my sister kind of taught me how,” she said.

On the weekends, Sophie said she likes to surf at T-Street and Middle Trestles with her family.

Her favorite surfers include Lakey Peterson, Carissa Moore and Bethany Hamilton. As a San Clemente local, she had the chance to meet Peterson as she was walking back from surfing at one of the local breaks.

“I met Lakey and she’s really nice. I was coming back from Riviera and she was going down there to surf,” said Sophie.

Sophie said that in the future, she wants to be a marine biologist, pilot or pro surfer.

She would also like the chance to travel the world and visit places like Hawaii, Costa Rica or Fiji.

“I would love to be able to travel the world and visit different surf spots and surf those really big, fun waves,” she said.