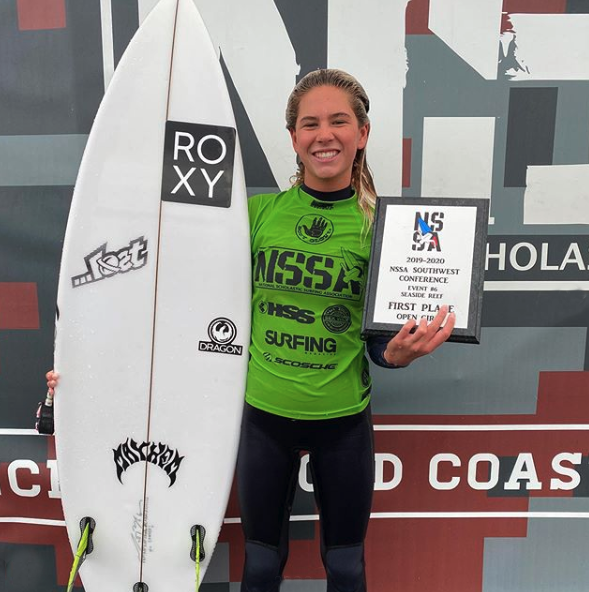 Grom of the Week: Sawyer Lindblad

Ending the year in dominant form is San Clemente’s Sawyer Lindblad. Just named the NSSA Surfer of the Week, “Soy,” as friends call her, blasted through the latest NSSA contest at Seaside Reef in San Diego, winning both the Women’s and the Girls’ division. On a hot one, prior to that, she enjoyed another double victory day at the USA Surfing Prime event at Salt Creek.

The 14-year-old goofy-footer surfs for the Shorecliffs Middle School surf team and is also a distinguished member of the USA Junior National surf team, helping the Stars and Stripes bring home the gold medal at the ISA Junior World Championships in Huntington Beach in November.

“My brother has definitely pushed my surfing the most,” Sawyer told the NSSA. “My family influences and motivates me by seeing their success and wanting to do the same thing they did.”

Lindblad’s success can be largely attributed to her unrelenting work ethic and drive. It helps that surfing’s in the family DNA. Her father’s a former NSSA competitor, and her brother, Taj, has a blossoming career of his own.

Lately, Lindblad’s been working with coaches Jeremy Carter and Brett Simpson to really dial in her performances. And besides doing well in the water, Lindblad’s a great student whose goal is getting a 4.0 GPA every quarter of school.