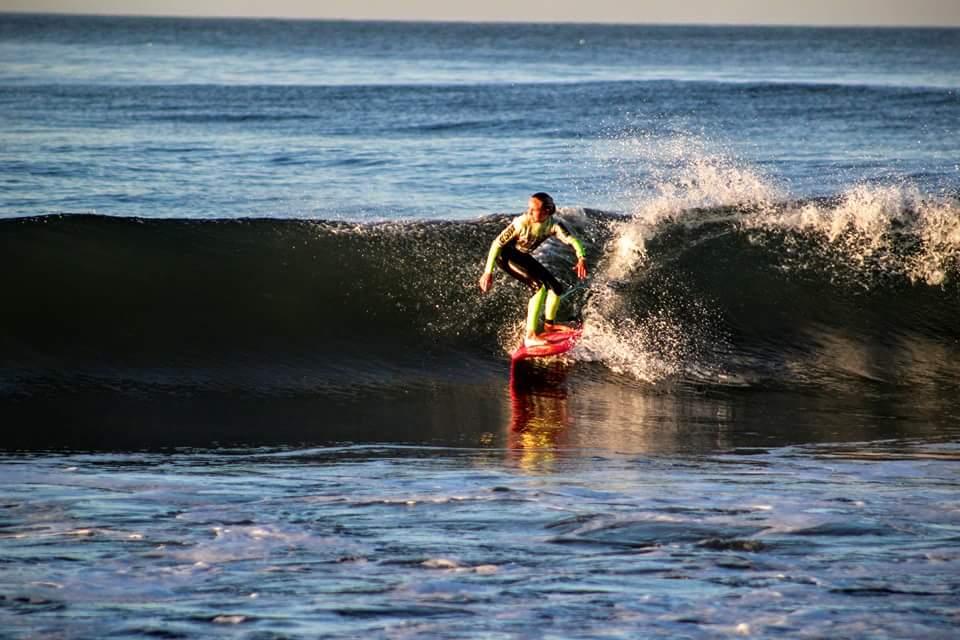 Grom of the Week: Savannah Batchelor

This year at the Olympic Games in Brazil, the women’s U.S. water polo team took home the gold medal. One of the stars of the team was Kaleigh Gilchrist from Newport Beach. But before her detour on the Olympic stage, she was a national surfing champion.

Young Savannah Batchelor, a seventh grader at Shorecliffs Middle School, appears to be on a similar trajectory.

“My goals are to make it to the finals in a WSA contest, and I want to win Junior Olympics in water polo,” says Batchelor. “I would love to continue to be successful in two sports. Water polo has really helped my paddling in surfing, and I want to take surfing to the highest possible level.”

Batchelor started surfing with her dad when she was only six years old. Even before she could paddle, he enthusiastically entered her into “push-in” contests.

“My dad surfs, so it was something we could do together on the weekends,” she says. “My favorite thing about surfing is the feeling of riding the waves and having fun learning new moves.”

But as Batchelor is finding out, being a dual sport athlete is no easy feat. One of the big lessons she’s having to learn is how to manage her time.

“I haven’t been able to compete for Shorecliffs lately because I’m also a water polo player for the Tritons Water Polo Club, but this year I hope to be a contributing competitor,” she adds. “I love competing with the girls I go to school with and meeting girls from different cities.”

Starting in 2020, surfing will join women’s water polo in the Olympics, and who knows, maybe sometime in the not-too-distant future we’ll be cheering for Batchelor as she stands atop both podiums.