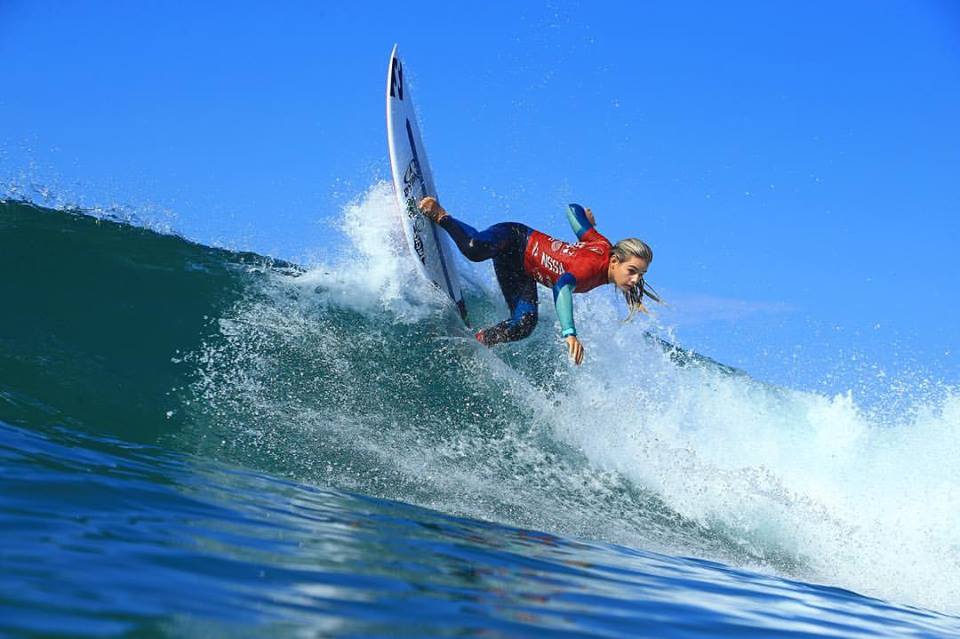 Grom Of The Week: Samantha Sibley

It’s been a couple of weeks, but hopefully everyone’s getting back into the school groove. And while nobody likes homework or getting up early, one of the perks of a new school year is a new NSSA season.

Last weekend, the NSSA Southwest Division kicked things up in Huntington Beach with the first contest of the new year. San Clemente’s up-and-coming young talent made the most of the clean, fun-sized surf. Taking out the Open Women’s division and Grom of the Week honors was Samantha Sibley.

Edging out her friend and local sparring partner, Kirra Pinkerton, in the final, Sibley put a summer’s worth of solid competitive experience to good use. Surfing in a number of WSL events over the last couple of months, most notably finishing second in the Vans U.S. Open of Surfing Pro Junior, she’s climbed the Qualifying Series rankings from 231st in 2016 to 98th this year. Likewise, on the North America Pro Junior circuit, she’s shot up the ratings from 50th in 2016 to fifth this year. It probably goes without saying, but big things are in store for Sibley. —Jake Howard