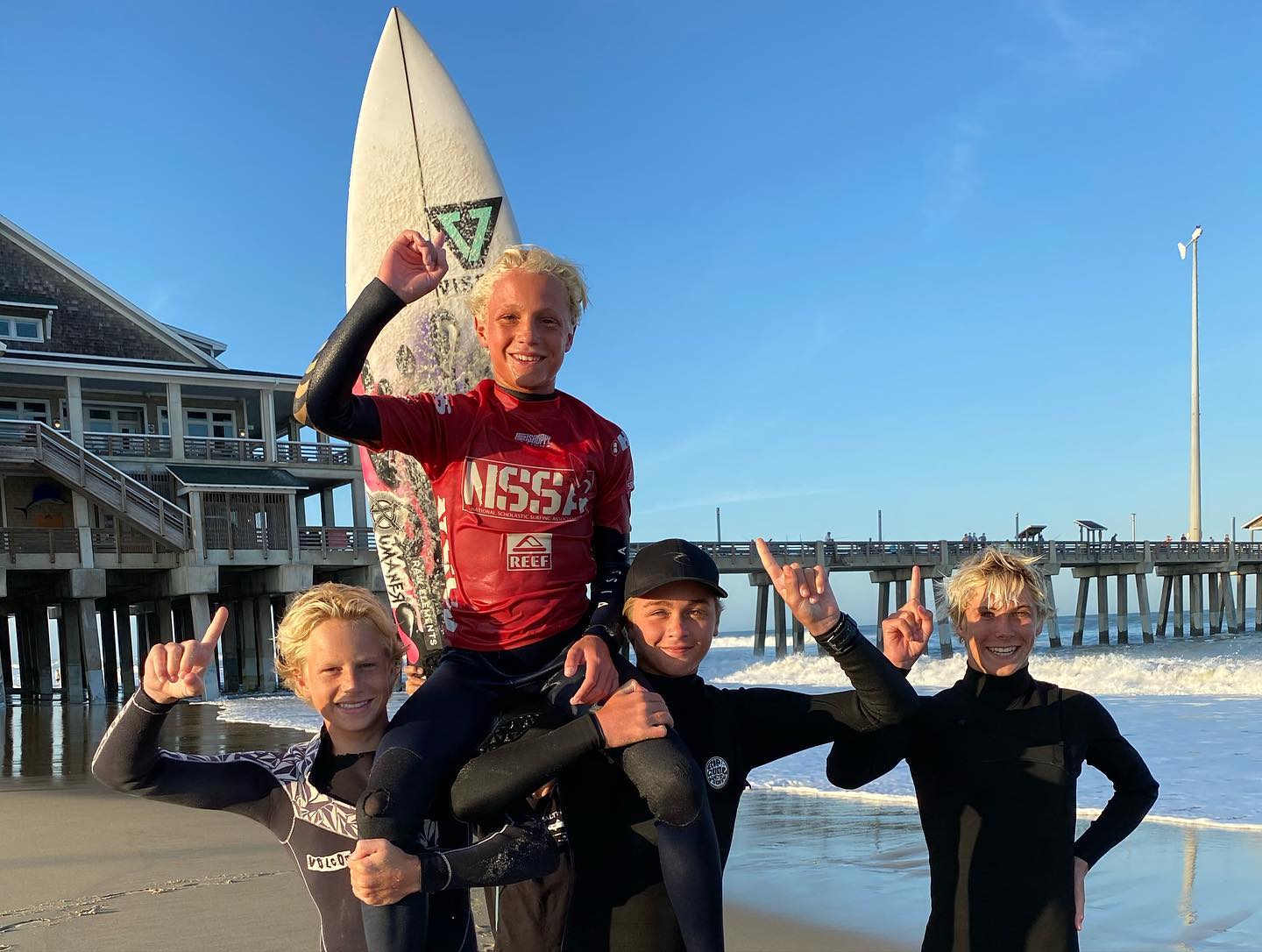 It’s been a challenging year for all those groms who thrive on throwing on the jersey and battling it out in NSSA contests every weekend.

With most of the comps canceled for the year due to the pandemic, staying focused on dreams and goals hasn’t always been easy, but last weekend, the NSSA National Championships was held at Nags Head, North Carolina.

Blessed by consistent hurricane swell, surfers from all around the country made the arduous trip back East.

For San Clemente’s Rex Hennings, all the hard work and dedication paid off, as he was crowned the 2020 NSSA Open Boys National Champion. Henning, in his first NSSA national title event, is taking home a trophy nearly as big as he is, for the effort.

One of the most massive accomplishments of Henning’s young career, he tapped into the zone in North Carolina, tearing through heat after heat en route to the top of the podium.

Other big results from the North Carolina competition included Sawyer Lindblad of San Clemente, who captured the 2020 National Open Girls title, and Max Beach of San Clemente, who wrapped up his NSSA career with a very respectable second-place finish in the Open Men’s division.