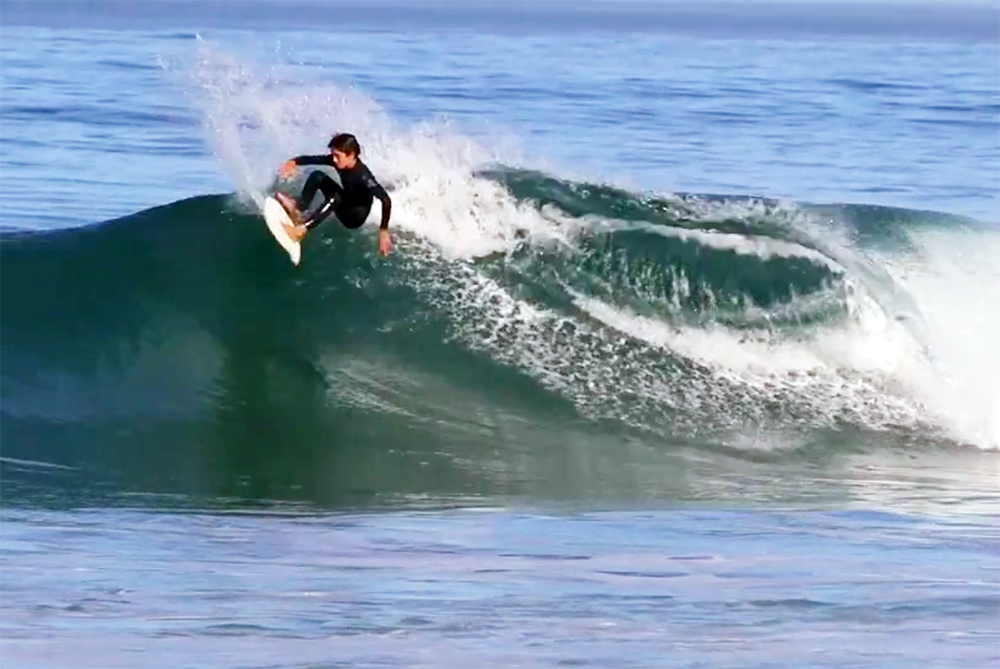 Grom of the Week: Patrick O’Connor

Congrats to San Juan Capistrano’s Patrick O’Connor, who finished runner-up in the National Scholastic Surfing Association Explorer contest at C Street in Ventura last weekend. Held in playful combo swell conditions, he made the trip north of L.A. and locked in a solid result against a competitive, and considerably more local field.

Not just a grom hungry for a trophy, 12-year-old O’Connor is a multi-talented regular-footer as comfortable on a standard shortboard as he is on a longboard or a skateboard. His older sister, Teresa, is already grace personified on a log and has obviously been a big influence on his stylish approach. Happy to ride whatever board may be underfoot, for being so young, O’Connor holds a deep appreciation for surfboard design and rips just as hard on a ’70s-style twin-fin as he does airing out of the bowl at his local skatepark. He also sites iconic stylists such as Tony Alva and Larry Bertleman as influences.

Last year, O’Connor had very positive, head-turning outings at the Western Surfing Association West Coast Championships and the Volcom Totally Crustaceous Tour. It appears the momentum is continuing to build in 2016 as sixth grade at Marco Forester Middle School gets underway.