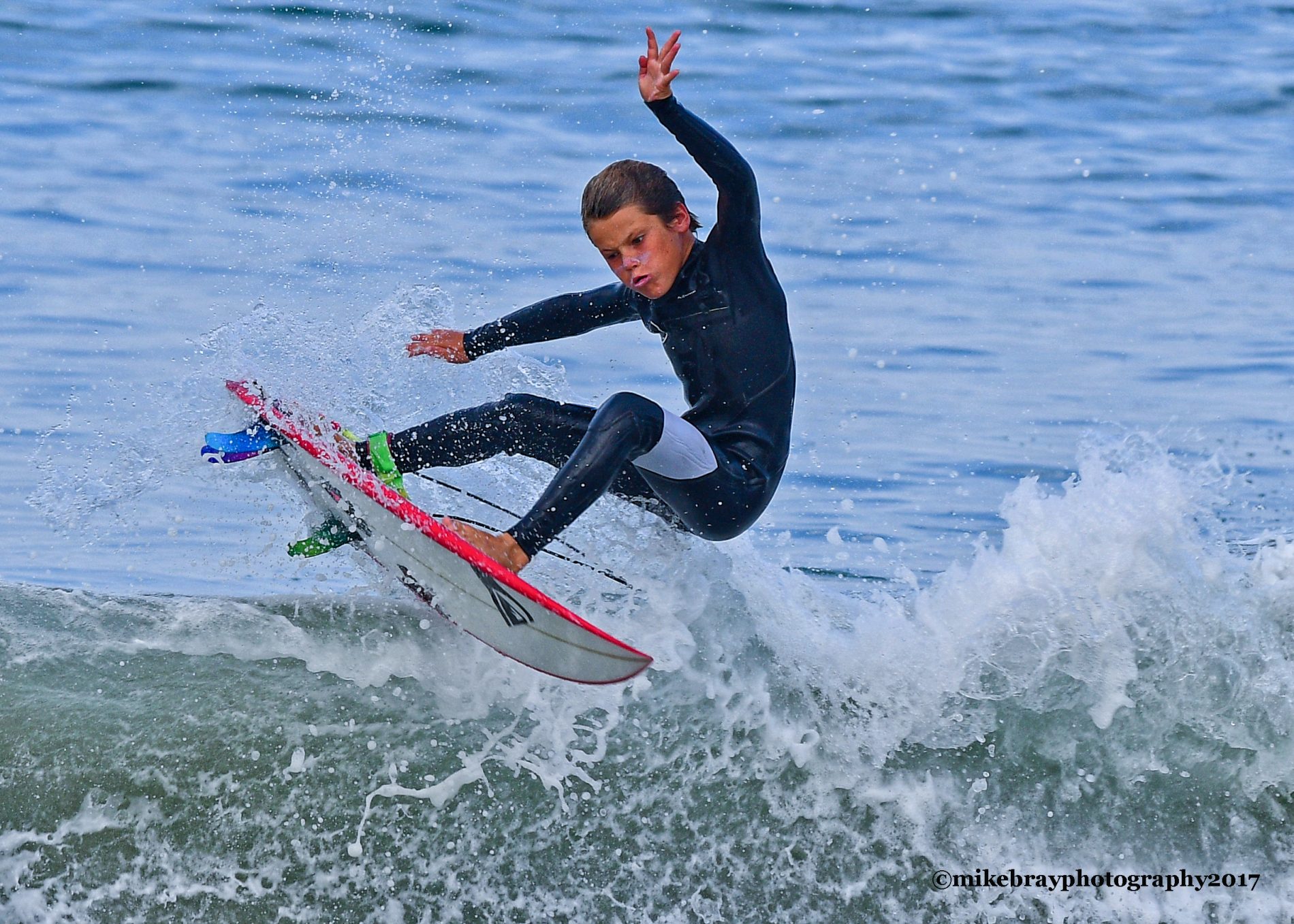 Grom of the Week: Makai Bray

Winner of the Boys 12 and under division at the recent Western Surfing Association (WSA) contest at San Onofre’s Trail 6, Makai Bray is enjoying every bit of the summer surf season.

The first event of the WSA season, the 10-year-old regular-footer got on a roll early and never looked back. A regular at the surf spots around San Clemente, he’s spent his summer logging all-day sessions at Uppers, camping and fishing with his family, and of course, winning a contest or two.

Already rocking a Quiksilver sticker on the nose of his board, Bray’s been working closely with Quik’s team manager and talent scout Chad Wells. He’s also been spending a lot of time working with his coach, Neco Padaratz. A former world tour competitor, Padaratz has relocated from his native Brazil to San Clemente where he’s helping kids like Bray achieve their dreams.

“I’m so proud to coach a future champ,” said Padaratz of his relationship with Bray.

The feeling appears to be mutual as the two are starting to see some great results from their efforts.

The WSA season is officially underway, and the NSSA season isn’t far off. Good luck to Bray and all the groms.