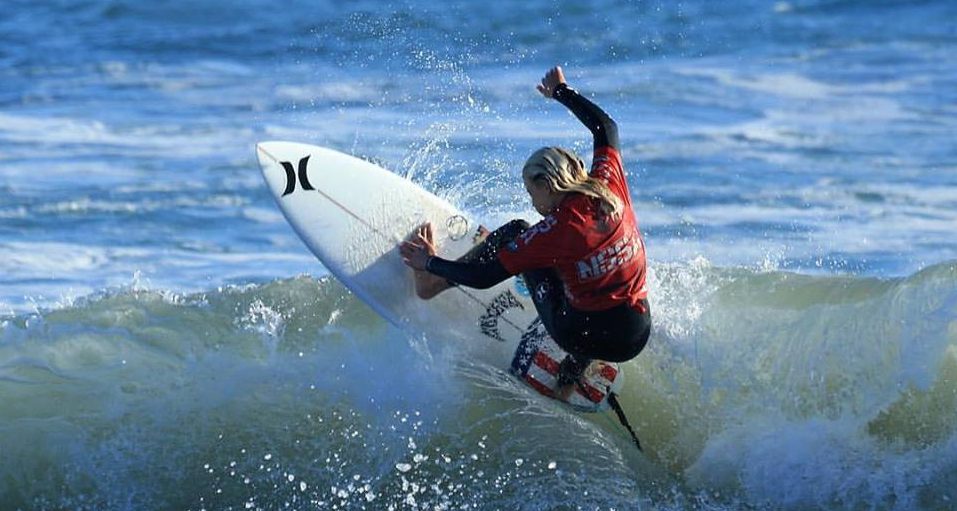 Kicking off her National Scholastic Surfing Association (NSSA) campaign with a little pop and sizzle, San Clemente’s Kirra Pinkerton got busy up in Surf City last weekend. Notching wins in both the Women’s and Girl’s divisions, she came away with a statement-making double win in some very trying conditions on the south side of the Huntington Beach Pier.

“Super stoked to take home double wins,” said Pinkerton. “[I] broke out a fin and had mix and match fins, but that didn’t stop me.”

After the year she’s had, a busted fin and some onshore wind shouldn’t be too much to contend with. Making the jump to the World Surf League’s Qualifying and Pro Junior series, competing against women considerably older and more seasoned, Pinkerton made the semifinals at the Shoe City Pro in Huntington to start the year off. Then in March, she took her act back east to the Ron Jon Van Pro Junior in Cocoa Beach, Florida (hometown to 11-time world champion Kelly Slater), where again she made the semis.

Over the summer, Pinkerton competed in Mexico and El Salvador, before landing in the semifinals of the Van U.S. Open of Surfing Pro Junior. Currently ranked 59th in the world, to say the 13-year-old is on her way is an understatement.