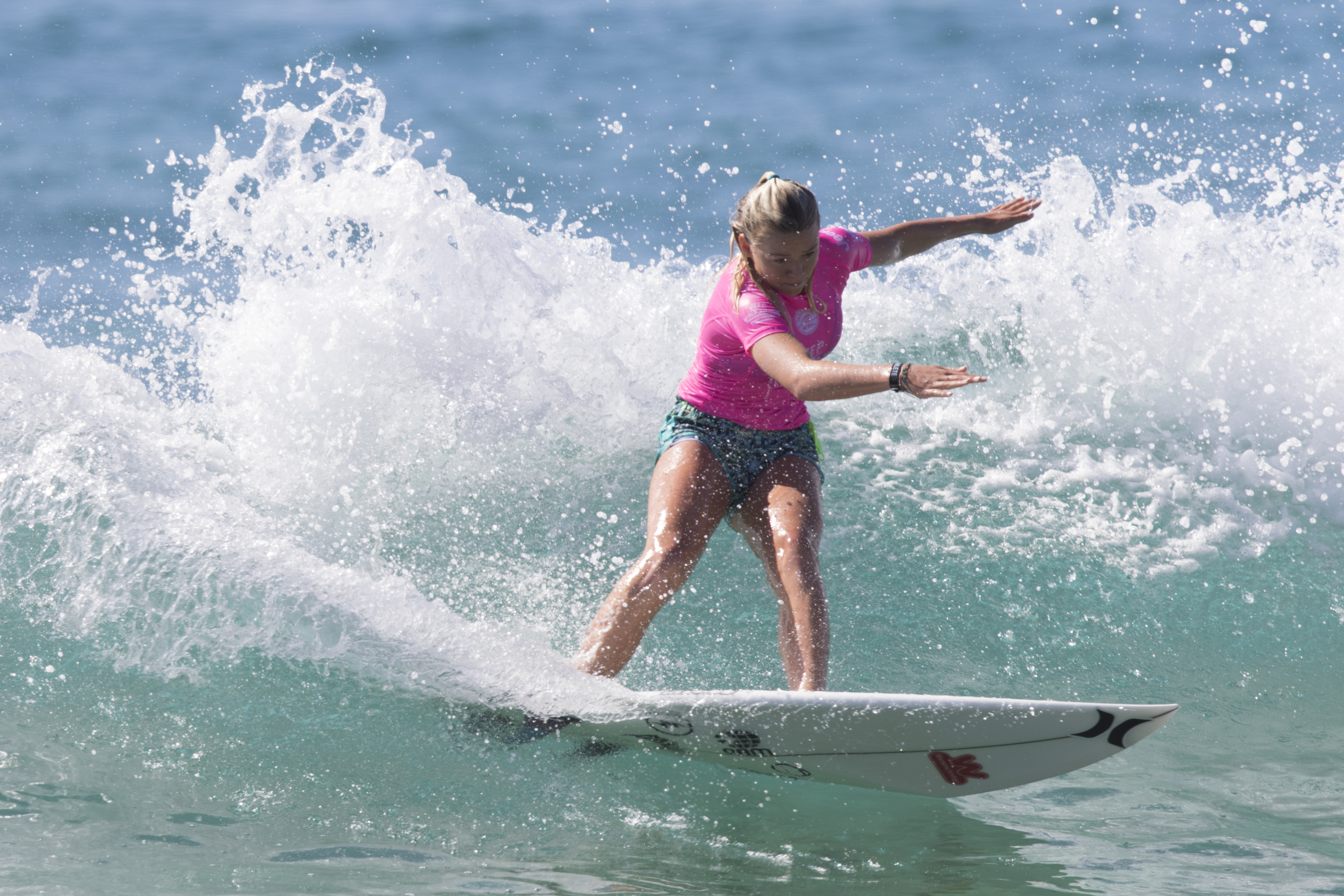 Quickly becoming one of the most dominant, and likable, rising stars in the national surf scene, South Orange County’s Kirra Pinkerton is upping her international notoriety and absolutely blitzing her way through the WSL’s 2018 World Junior Championship down in Australia.

After nearly a week of competition in the finicky conditions in Kiama, New South Wales, Pinkerton has fought her way into the quarterfinals and stands a very real chance at going the distance in what is considered the biggest event in junior surfing. She’s the only surfer from the United States left in the draw on both the men’s and the women’s sides, making her accomplishment all the more noteworthy. (It should be pointed out that there are still several Hawaiians left in the competition, but the WSL considers the U.S. and Hawaii two different regions).

At 15 years old, this is Pinkerton’s first experience on such a stage. After winning the WSL’s North American region, Pinkerton was invited to the World Championship. The top two junior women and top four junior men from each region are invited to the 18-and-under contest. The event window runs Jan. 4-12 (or until two world champions are crowned). You can watch Pinkerton live at www.worldsurfleague.com.