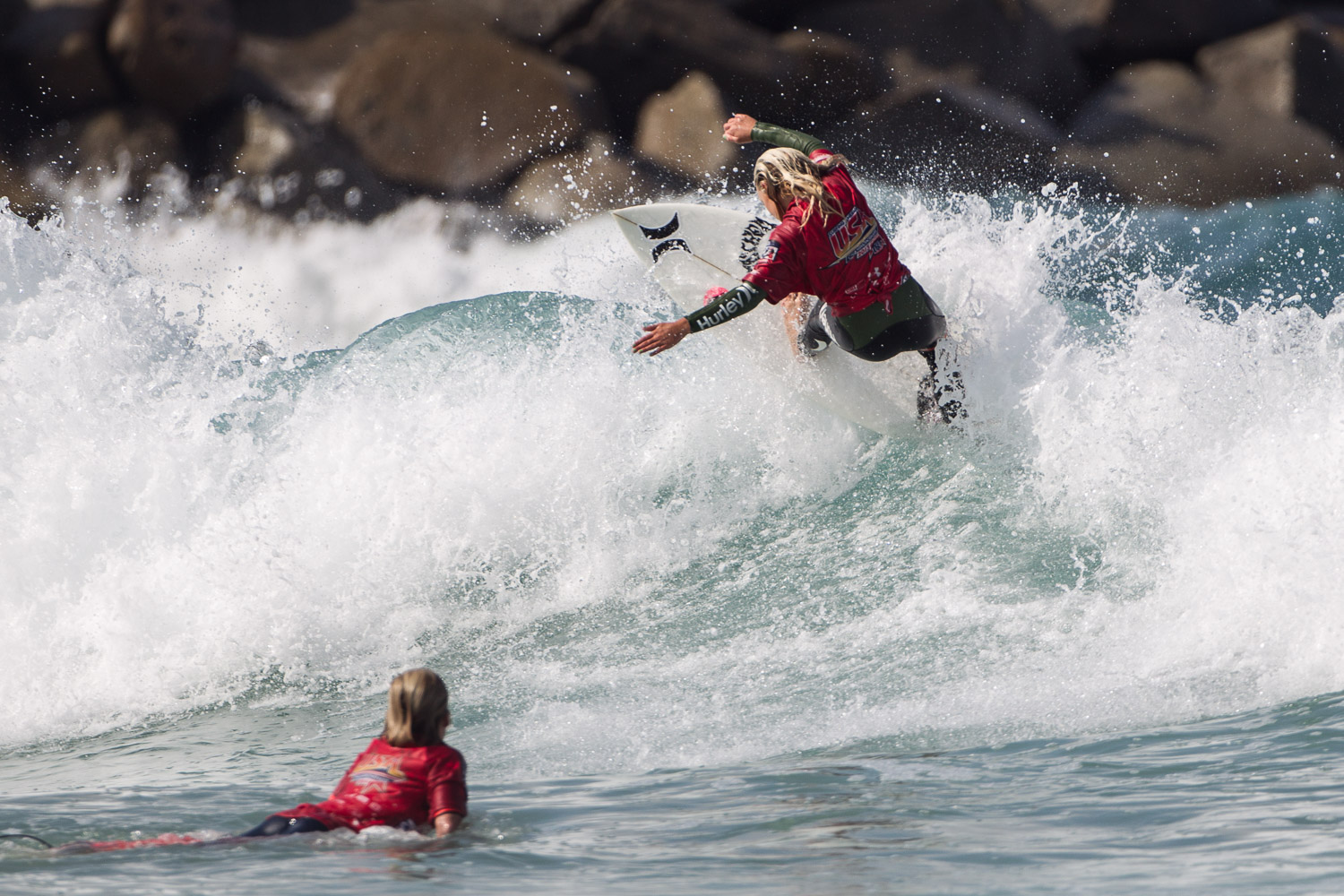 Shortly after celebrating her 15th birthday, Kirra Pinkerton made the 400-mile trip up Highway 101 to keep her epic NSSA season rolling. Undaunted by the bombing six- to eight-foot surf at the Lane, she jumped right into the fray and slammed home wins in the Women’s and Girl’s divisions. In her Girl’s semifinal heat, she posted a perfect 10-point score to further illustrate her comfort in the cold.

Pinkerton has been dominating the NSSA ranks this season. Besides showing up and blowing up in Surf City North, she took out the Open Women division at a Southwest Conference contest in Newport Beach in November (she had to settle for second in the Girl’s division). Earlier in the month, at a contest at Church in San Clemente, she enjoyed the best of her local waters. With a pumping northwest swell in the water and offshore winds howling, she won the Girl’s division and finished third in the Women’s division.

San Clemente’s produced plenty of men’s NSSA champs over the years, but thanks to Pinkerton’s stand-out performances, the girls have had a lot to cheer about lately too.