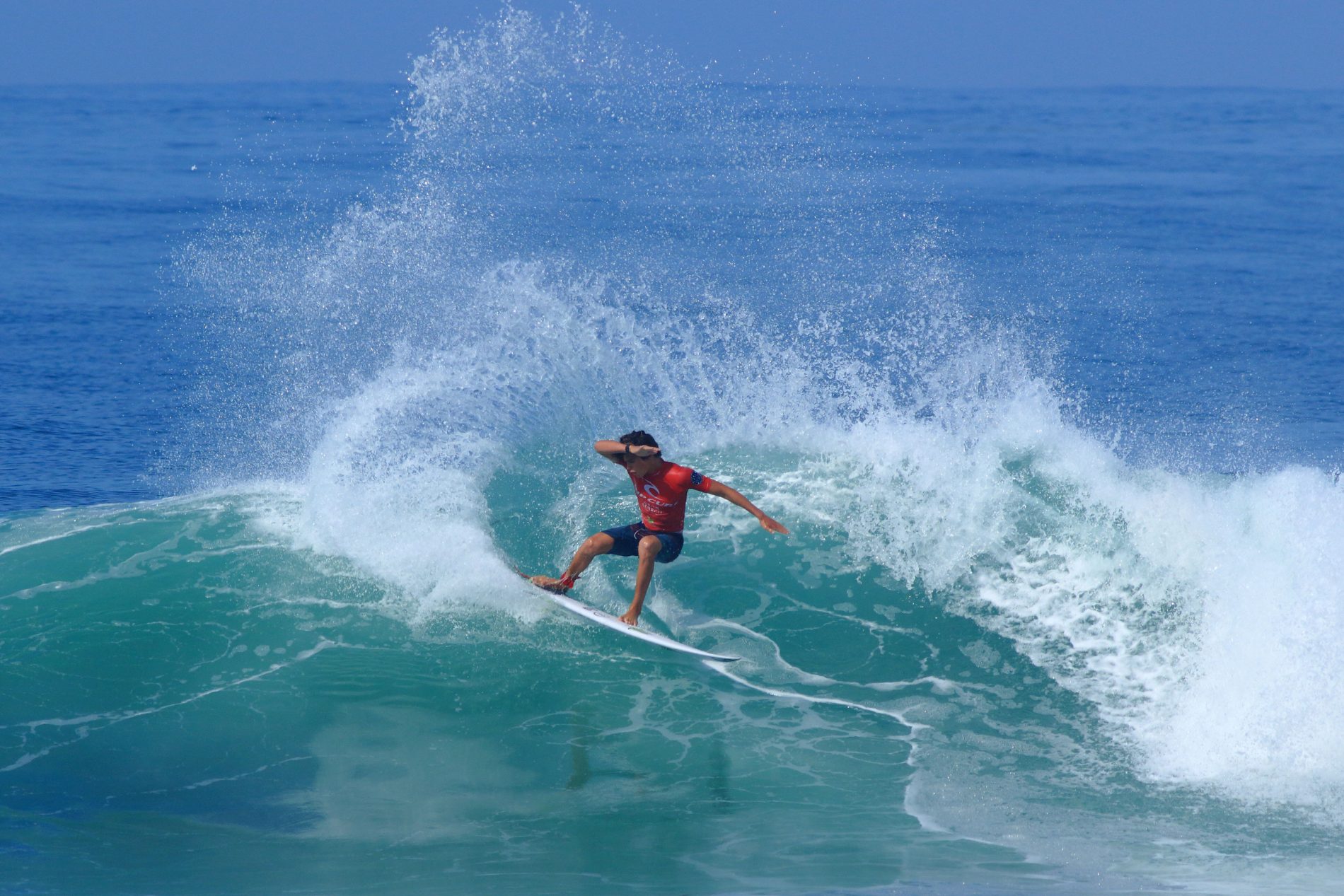 Grom of The Week: Kade Matson

To say San Clemente’s Kade Matson is the best grom in the world would not be an understatement. Last week at the International Rip Curl GromSearch Final in Maresias, Sao Paulo, Brazil, the Lowers regular took out a talented field of international competitors to earn the first major title of his blossoming career. On the podium, world champ Gabriel Medina handed the stoked 14-year-old his first-place trophy.

“That moment when I started thinking ‘I might be able to win this thing’ was awesome,” said an elated Matson. “You always go in to an event with the mindset you can win it, but being so young, I didn’t have too many expectations. I’m so stoked right now! This is definitely the biggest accomplishment in my career so far.”

One of the youngest competitors in the event, Matson originally qualified for the National GromSearch Series in the 14 and under division, but thanks to locally grown skills, he was given the opportunity to compete as an alternate in the age group above him. Seizing on his good fortune, he charged to a national final win and qualified for the international final in Brazil. In Maresias, against all odds, he blitzed through the best up-and-coming kids in the world to be crowned 2017 International GromSearch Champion.