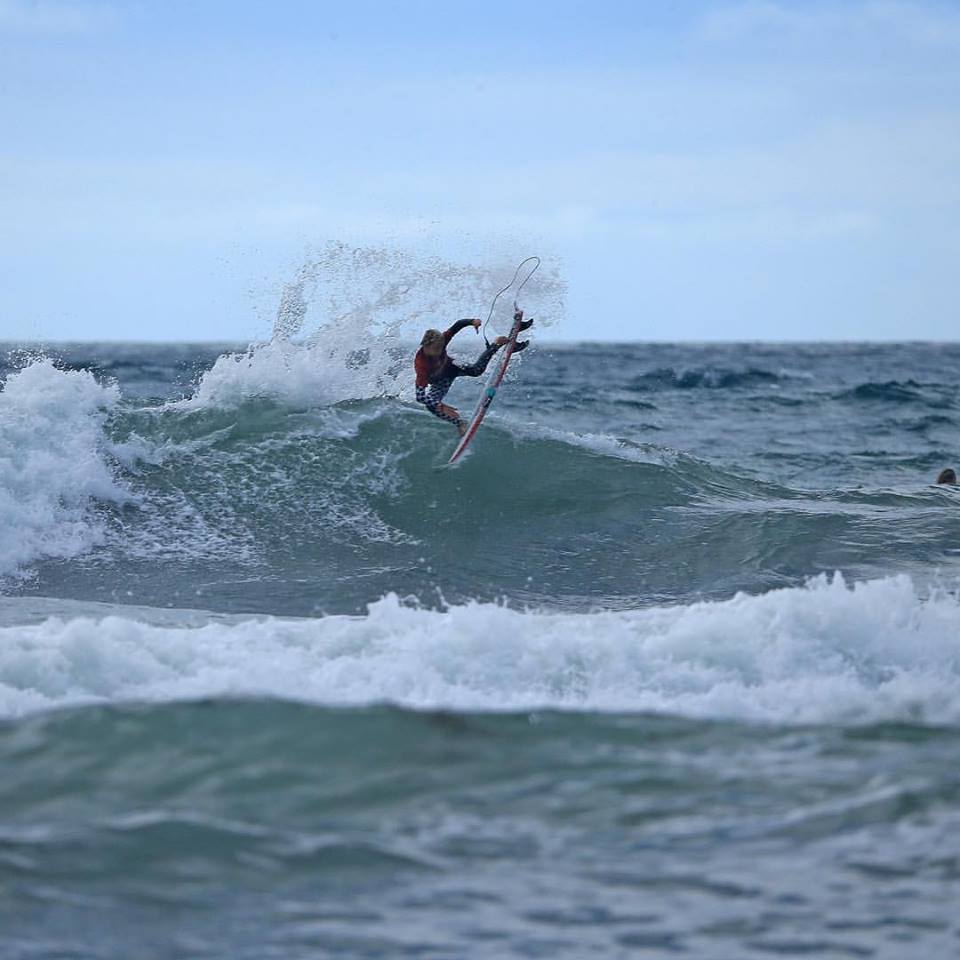 Grom of the Week: Jett Schilling

As school swung back into session and the local waters enjoyed considerably lighter crowds, Schilling got to work. He started off his run with a very respectable third place finish at the RVCA Pro Junior in Newport Beach. Thanks to a healthy dose of tropical south swell, the conditions were pumping and the San Clemente goofy-foot capitalized in a big way.

Schilling then kicked off October with a solid showing at the Surfing America Prime contest held in playful, three-foot point surf at Church. The 13-year-old managed to make the semifinals of the Under 18 division, and did one better in the Under 16s where he placed third in the final.

Unrelenting in his pursuit of surfing glory, the following weekend, Schilling was rocking and rolling at the Seaside Open, where he made the finals in both the Men’s and Junior’s divisions.

Schilling may not have topped any podiums in the last month, but considering that he was surfing at a level well beyond his years, the experience surely outweighs the results. It’s only a matter of time before his name starts showing up in a lot more headlines.