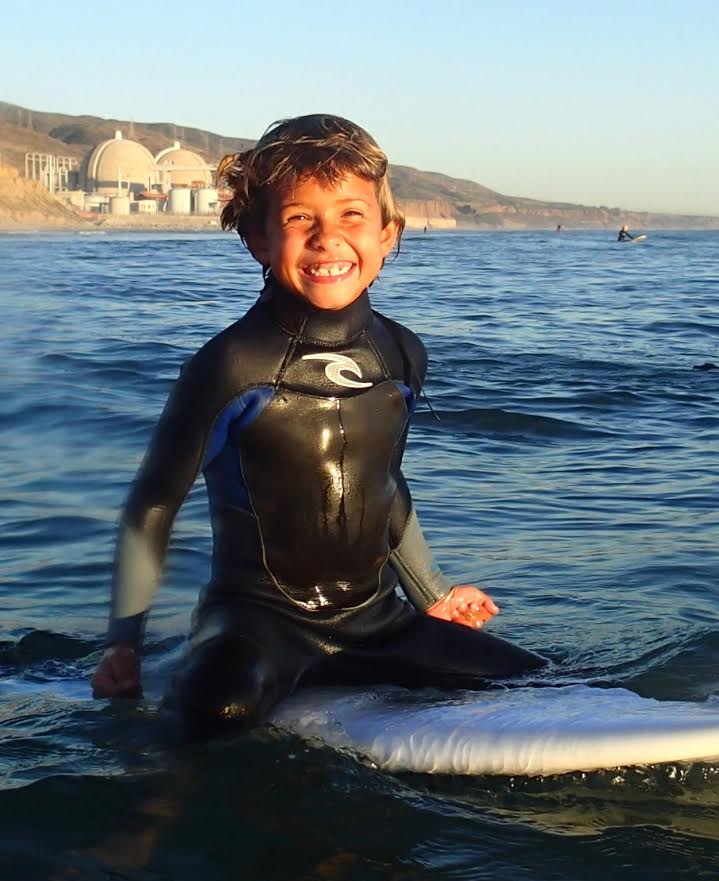 Grom of the Week: Israel Cannon

There’s something so pure and so rad about a kid beaming after a good day at the beach. Seven-year-old Israel Cannon lives for it.

When asked what the best thing about surfing is, his answer is succinct and all-encompassing. “The feeling,” he said. In second grade at Concordia Elementary School, he’s only been surfing for about a year, but that’s hardly slowing him down.

“My dad bought me a Beater (surfboard) and a wetsuit and took me to T-Street,” Israel said. “I just started on the shore break, and my dad kept encouraging me to go further out.”

Coached by former WSL World Tour star Neco Padaratz, he’s already garnered the support of companies such as Sambazon, Muleke Surfboards, Stance and he’s even part of the grom program at the Rip Curl Surf Shop. You may have seen him in the water at spots like Church, San Onofre or T-Street. He’s the kid with the massive smile.

When asked about his favorite aspect of riding waves, he said, “I love the acceleration when I’m dropping in, carving and seeing my friends out in the ocean.”

Inspired by the recent performances of Kolohe Andino, Griffin Colapinto and Filipe Toledo, someday he hopes to also “participate in contests around the world.” That may be a few years off for young Israel, but in the meantime, he notes that he would “love to go to Kelly Slater’s Surf Ranch and also France and Israel.” Never underestimate the power of a grom’s stoke.

Dana Pointgrom of the week
sharing