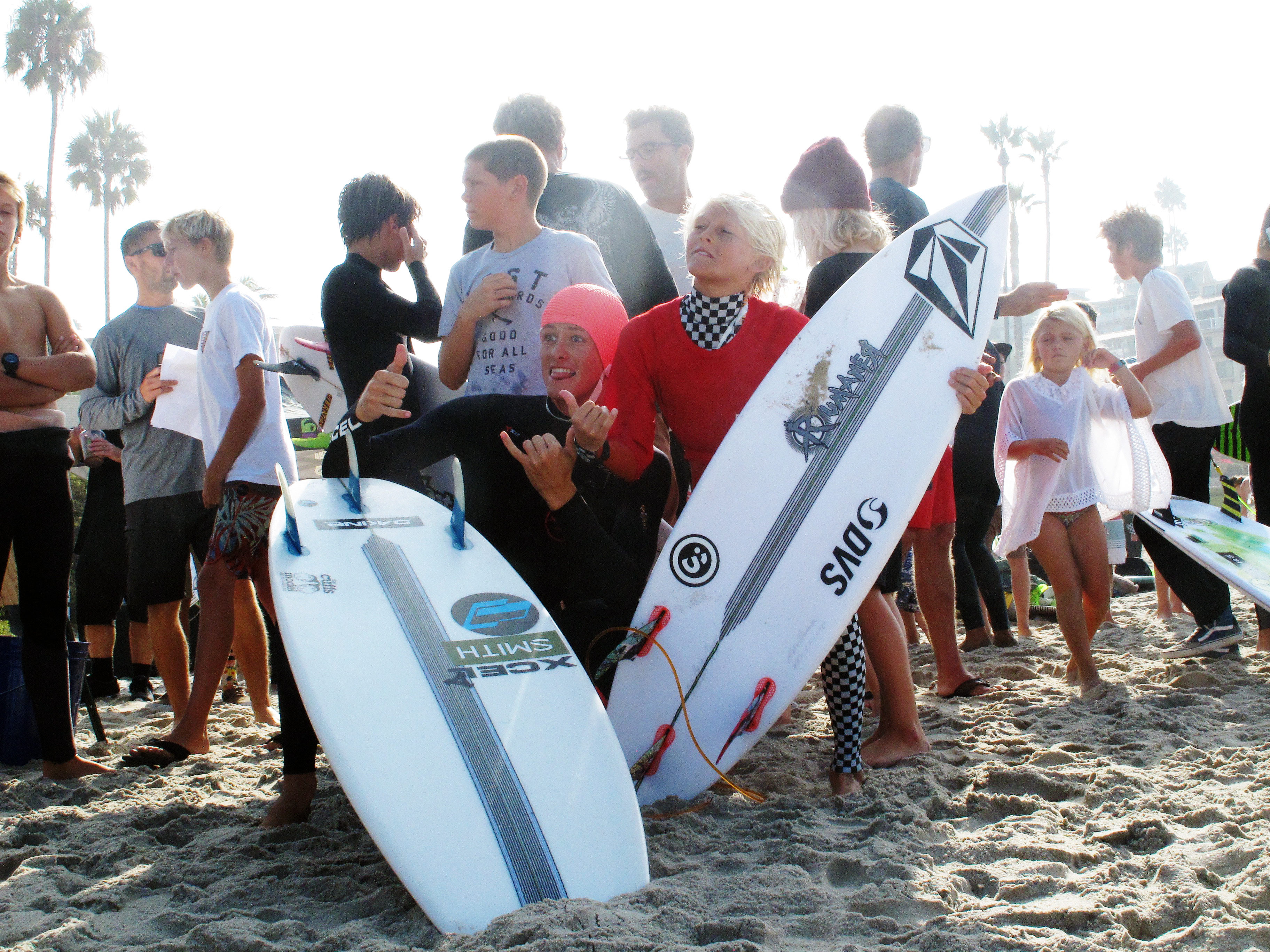 Grom of the Week: Hagan Johnson

See Hagan Johnson on the beach and the first thing you notice is the 13-year-old’s impeccable style. Blond mop quaffed by the salt water, statement-making checkerboard panel on his wetsuit, surfboard stickered up with a handful of heavy-hitting sponsors— the kid’s undoubtedly on his way.

Last weekend, he became the first surfer to post back-to-back wins at the Fishbowl Classic—no easy feat considering the level of talent. In 2015, he teamed up with Ian Craine for the win; this year, he joined Kevin Shultz to take the title.

“Thanks to Nate Yeomans for throwing a sick event,” said Johnson. “And thanks to the Shorecliffs Surf Team for giving me the opportunity.”

Quickly making a name for himself, last week he found himself in the final of the Open Juniors division of an NSSA Southwest Division contest in Huntington Beach. Further out, in the last year he joined the Volcom surf team on a trip to Indonesia. Then in the winter joined the crew for a stint on Oahu’s famed North Shore. Along the way, he helped carry Shorecliffs Middle School’s surf team to an NSSA National Championship.

As far as talent and contest results go, Johnson’s right in the mix with the best kids in the area. Add to the mix his own personal style, and it’s pretty obvious he’s one to keep an eye on in the weeks, months and years ahead.