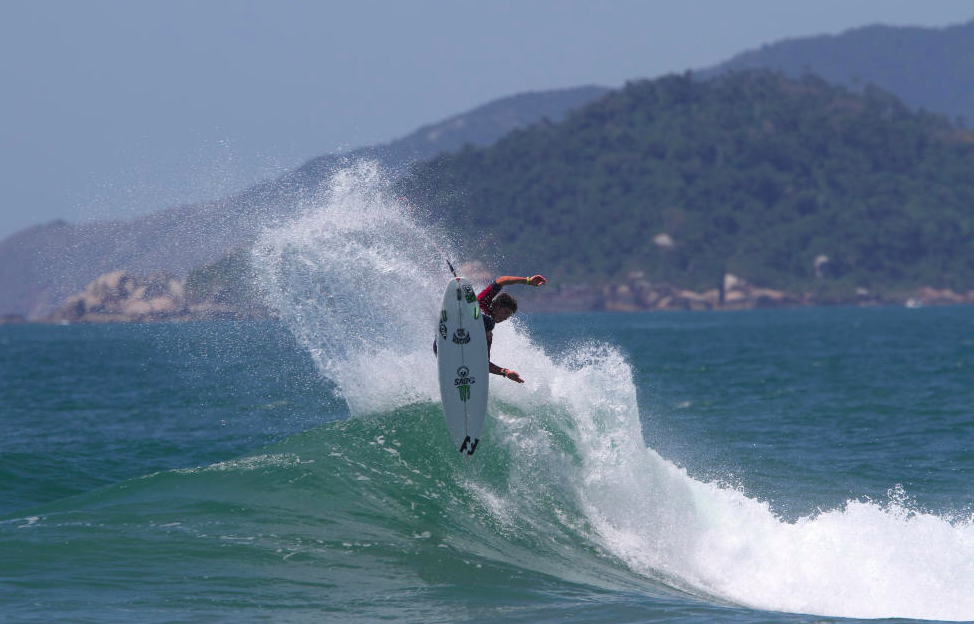 Grom of the Week: Griffin Colapinto

A couple of weeks ago, we celebrated the stoke of Crosby Colapinto, and we could make a case for naming him Grom of the Week again this week after his blistering performance at the NSSA contest at Church recently, but instead we’re going to give the nod to his older brother, Griffin.

Down in Brazil for the World Surf League’s Hang Loose Pro, rated a QS 6,000 event, he jumped and jived all the way to a very impressive third-place finish against some of the top ranked surfers on the planet.

With the result, Griffin has climbed up to 40th on the WSL Qualify Series rankings, which will help his seeding in 2017 as he looks to enter bigger contests and potentially qualify for the world tour in the years to come.

“Congrats to this grommet. Going all the way down to Brazil and snatching a crafty third,” commented hometown cheerleader and world number five Kolohe Andino on social media. “Let’s do this next year, Griff!”