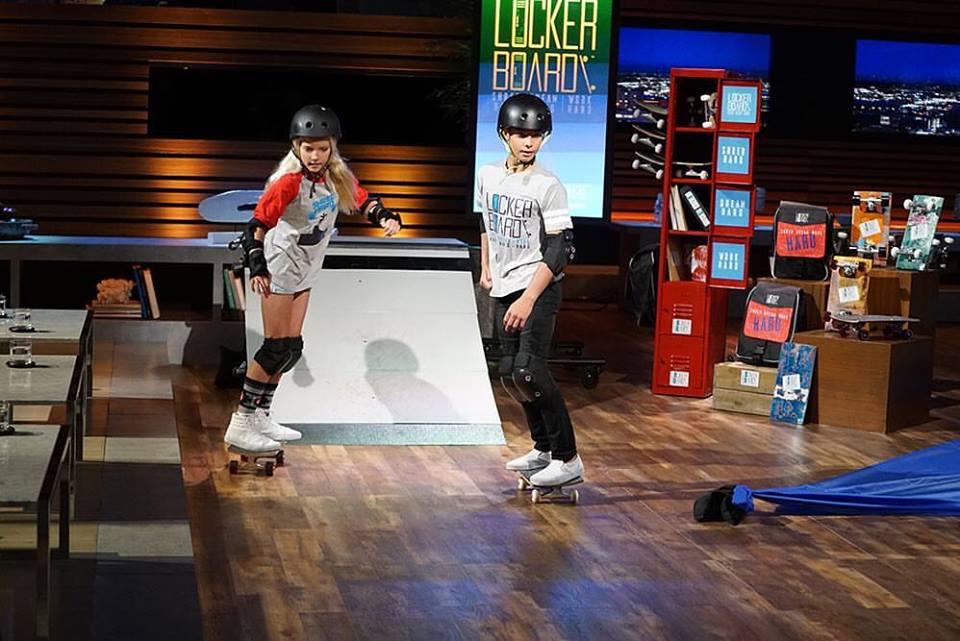 Grom of the Week

Grom of The Week: Carson Kropfl

Last November, we featured young Carson Kropfl as Grom of the Week after he took a board to the dome at the Stoke-O-Rama, received five stitches and just missed making the final. Shortly thereafter, Carson launched his own business called Locker Board. Cutting down used skateboard decks, he ingeniously reshaped the boards to fit inside a small school locker.

What a difference a year makes. Recently, 12-year-old Carson found his way onto the ABC TV show Shark Tank, where he and his mom pitched Locker Board. Guest shark Sir Richard Branson went head over heels for the idea and is now throwing $65,000 into the company for a 20 percent stake.

“One idea I invested in is Locker Board, where a 12-year-old entrepreneur named Carson designs and produces upcycled skateboards that fit into backpacks and lockers,” Branson stated on his Virgin company blog. “It’s great to see the spark to want to solve a problem and make that into a business that can improve the lives of the people around you from such a young entrepreneur. I see a lot of myself in Carson—I began dabbling in business from a very young age—although I have to say I think his idea is much more solid than my childhood plans to breed budgies or grow Christmas trees.”

It’s not every week we get to quote Richard Branson in the Grom of the Week section of the paper. It’s also worth mentioning that the Orange County Business Journal has nominated him for “Innovator of the Year.” Congrats and keep up the good work, Carson!