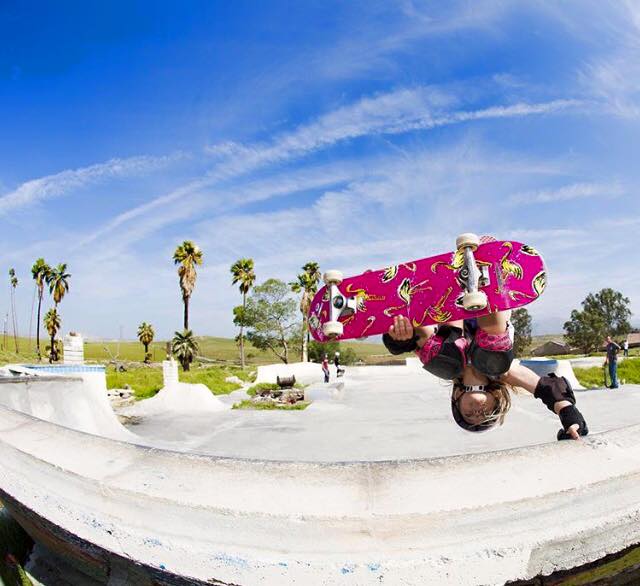 A ringleader of the all-girl skateboard collective known as the Pink Helmet Posse, young Bella Kenworthy’s been keeping herself plenty busy the last couple weeks. It all started at the end of September with a weekend trip up to Surfer’s Point in Ventura for a Western Surfing Association (WSA) contest, where 9-year-old Bella won the Girl’s Under 14 division and made the final of the Under 12 division.

Back home in Dana Point for the first week of October, she spent the week surfing pristine fall conditions at T Street and Salt Creek before shipping off to New York City to work on a skateboard project. Landing in Los Angeles on Sunday at 1:30 a.m., she headed down to San Diego with her four siblings in tow for another WSA contest, making the finals of both the Under 12 and Under 14 divisions.

With the contest over by lunchtime, the Kenworthy family bee-lined it up to Huntington Beach for an NSSA contest, where again, Bella found her way to the finals.

“I need a nap,” joked her dad, Jason, who’s been responsible for chauffeuring her around.