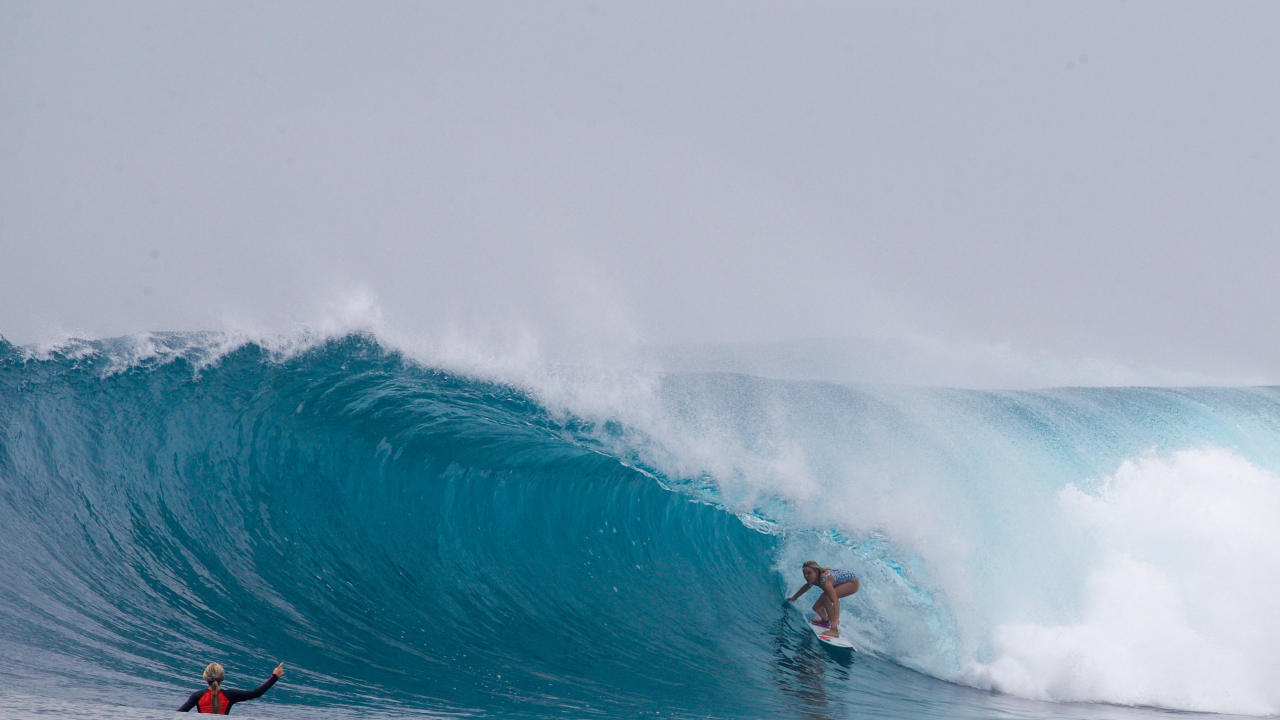 There are few things better in life than a good surf trip—warm water, perfect waves, good times and making memories with friends. Unfortunately, because of the state of the world at the moment, most of us have had to hit the pause button on our wave-hunting missions.

But recently, a hyper-talented crew of girls touched down in Indonesia and are having the time of their lives, pushing the sport of surfing ever forward in the process.

For the past couple of weeks, San Clemente’s Bella Kenworthy and the rest of the Kenworthy crew have been posted up at the Kandui Resort in the Mentawai Islands, along with fellow local surfer Kirra Pinkerton, who says she’s caught the wave of her life there.

Thirteen-year-old Bella has been sharing photos from the trip on her Instagram feed, and she’s clearly raised her game from ripping Lowers and other local beaches to pulling into shallow barrels and punting airs over dangerous reefs.

Given that the water’s getting colder and we don’t have too much in the way of swells coming in the next couple weeks, maybe staying in Indonesia for a while longer isn’t such a bad idea.

Grom of the Week: Sawyer Lindblad