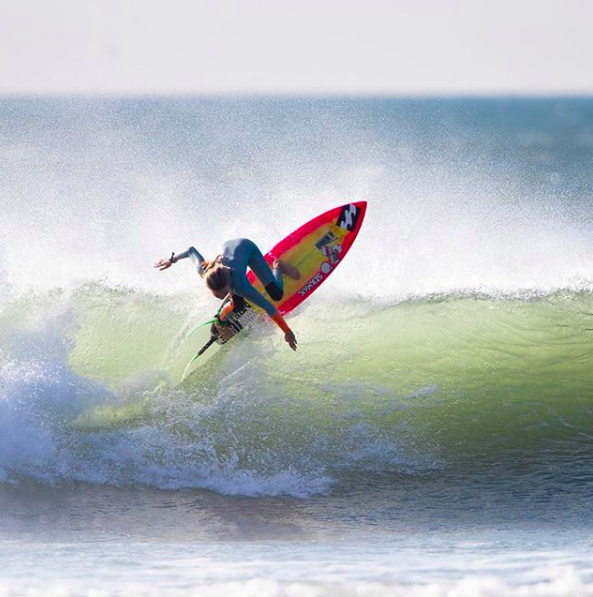 When last we saw Dana Point’s Bella Kenworthy she was on her way up the mountain. She still appears to be well on her way to the top.

Coming off of duel runner-up finishes in the National Scholastic Surfing Association’s Southwest Division season finale in Ventura, Bella’s been on quite the roll. She recently won the Western Surfing Association’s under 12 and under 14 girls divisions. While that would be reason enough to celebrate, Bella did it by sweeping every event all season long.

“She didn’t lose a heat all year long. I told her at the beginning of the year that if she didn’t drop a heat all year, we could go on a surf trip to Indonesia. It was just something to motivate her…then she actually did it,” said her father, Jason.

Bella also finished second in a recent USA Surfing Prime, which is no small feat either given the level of talent and pressure of the Prime events.

When it comes to riding a skateboard, she’s not just rolling around the block. Bella’s fresh off a win in the under 14 division at the Vans Girls Combi Pool Classic.