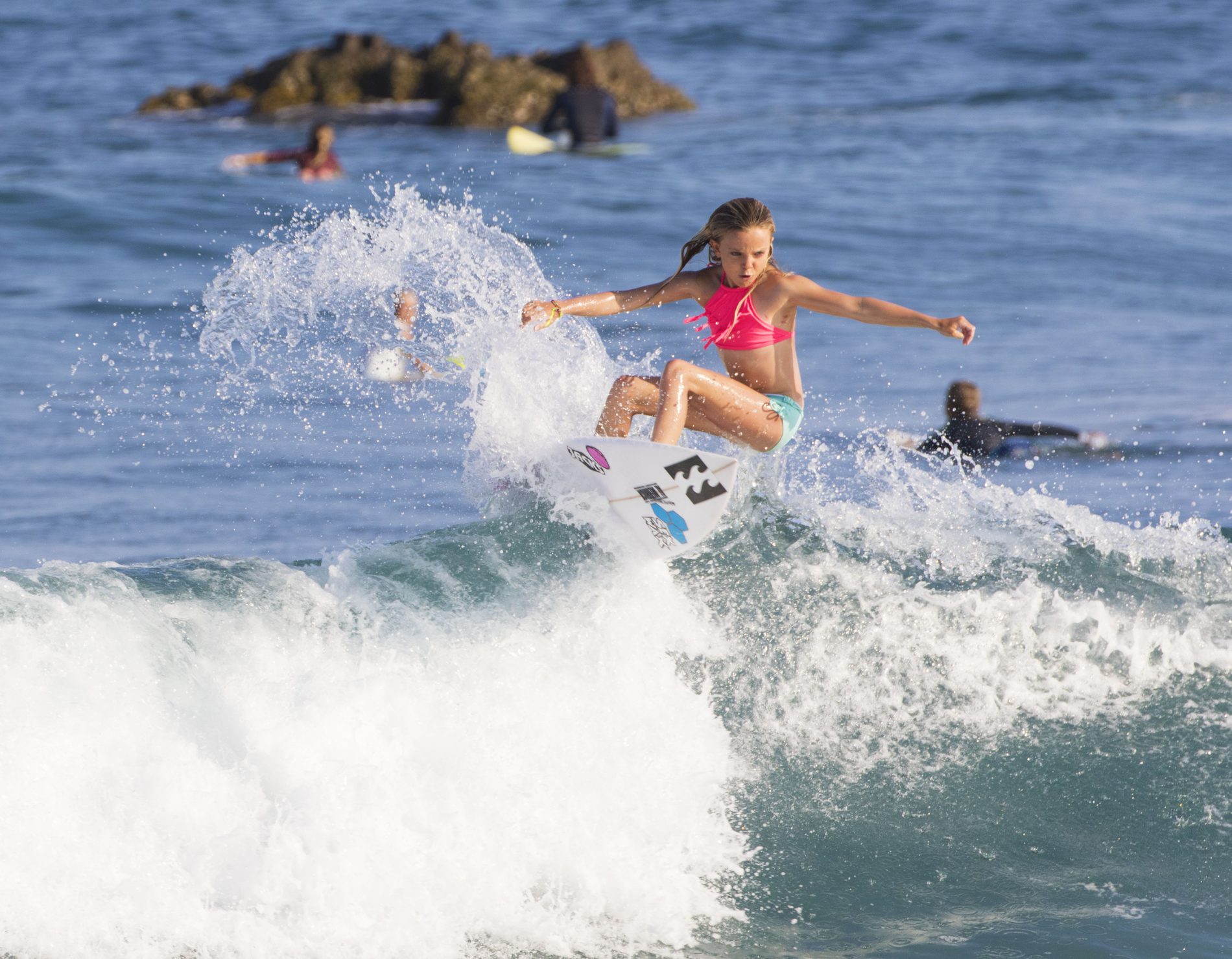 It’s three-foot and playful at Salt Creek. Jason Kenworthy is standing in shin-deep water with camera in hand. His daughter, Bella, is out surfing. It’s been a couple of months since I last caught up with them at T Street, and she’s taken another giant leap forward. Her turns are tighter and sharper. Her rail game more committed. She’s standing out in the crowded lineup.

“She’s even got a few airs down,” Jason said.

For years now, Bella and her Pink Helmet Posse crew have been wowing the skate world, but I’ve come to find out she is about to step onto a much larger stage.

“She got a wildcard into the U.S. Open Pro Junior and she’s skating in the U.S. Open too,” said a somewhat baffled Jason. “She’s 10, dude.”

By any stretch, 10 years old is really young to be jumping into the chaos of Surf City and the U.S. Open, but Bella’s relishing the opportunity.

“They asked us if it would be too much if she surfed and skated at the Open, but I told them we surf and skate all day every day, so it’s just another day at the beach for us,” added Jason.