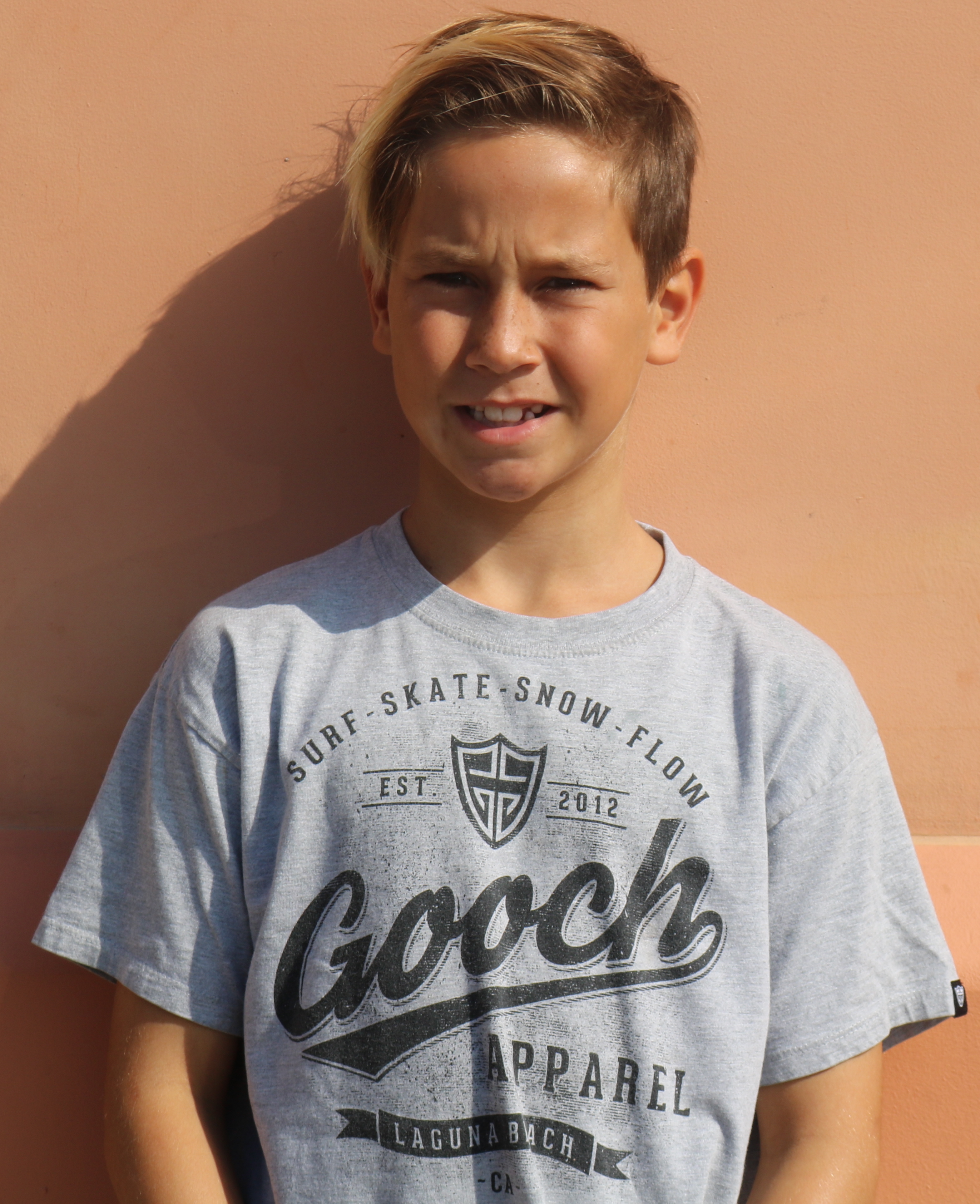 Grom of the Week: Tosh Johnson

When it comes to board sports, San Juan Capistrano’s Tosh Johnson has no fear.

A fourth grader at Harold Ambuehl Elementary School, Tosh has been surfing since he was 4 years old. Five years later, he’s gone from learning to stand up on a weighted board to dropping into 11-foot waves and trying to pull off 360s on his snowboard.

“When I was 7, we started going to Doheny a lot, and I was getting better and better,” Tosh said. “I still surf at Doheny a lot and Salt Creek. I can do snaps and comebacks at Doheny.”

When it comes to learning new skills, Tosh says he takes a trial and error approach.

Tosh also likes to participate in skateboarding, snowboarding and motocross. He says, falling while snowboarding or skatings hurts “way more” than surfing, but that doesn’t keep him from trying to learn new skills. Tosh remembers the time he misread a fence while skatingand “totally ate it,” and the time he flew over the well. No matter for Tosh, though.

Tosh says his favorite subject is math, and he wants to be a landscape architect like his dad when he gets older. He also has plans to compete in surf competitions when he gets a little older. But this summer, he’s taking it easy.

“This summer, I’ll just skate and surf a lot. Not many big plans,” Tosh said.