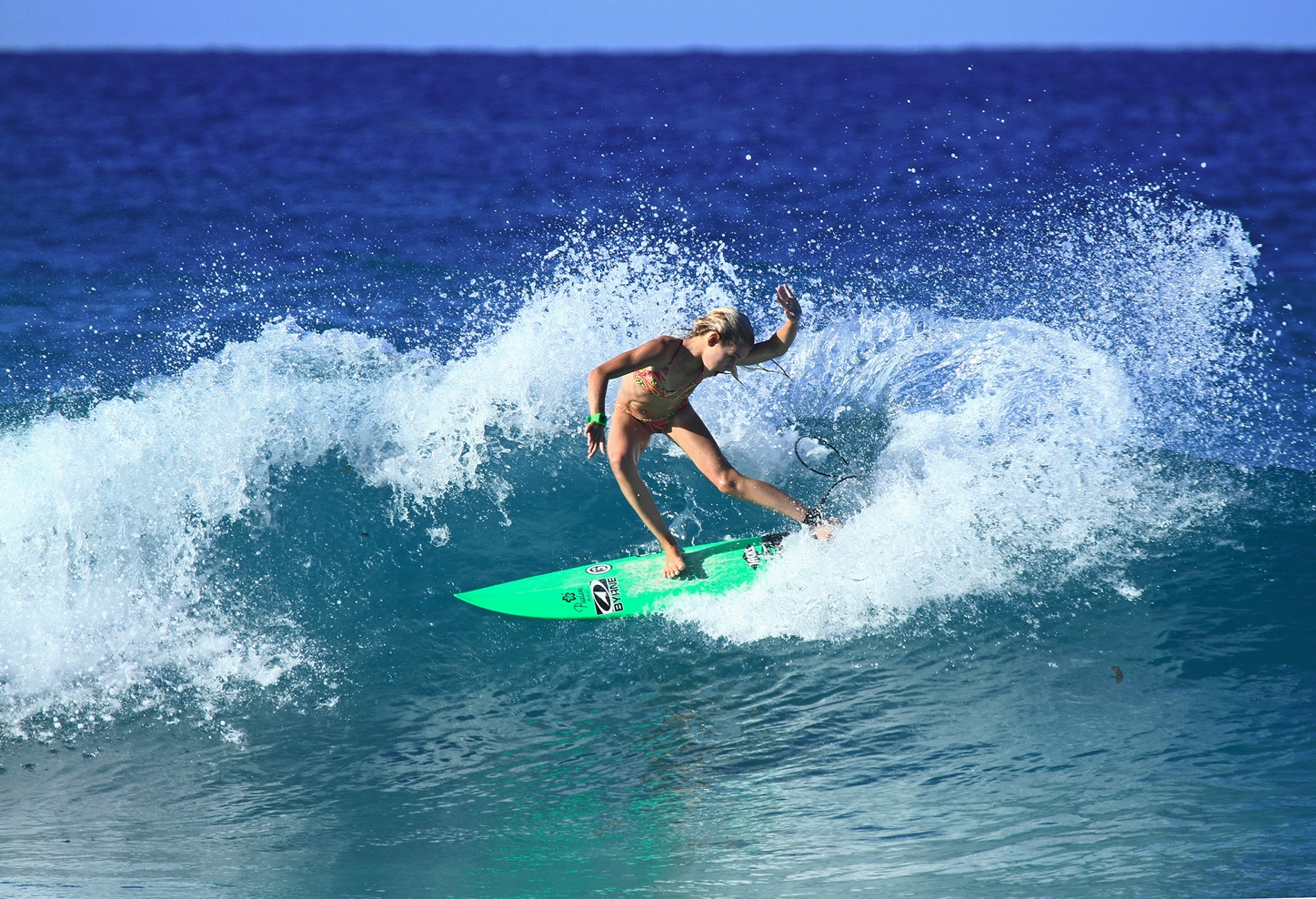 Grom of the Week: Samantha Sibley

Samantha Sibley, 14, of San Clemente is off in Hawaii making South Orange County proud. This past weekend, Sibley placed fourth in the 16U Girls division of the Rip Curl Gromsearch campaign.

It’s another notch in the belt for Sibley, whose performances have been stellar over the last two years. She place first in the Explorer Womens competition at the National Scholastic Surfing Association West Coast Championships in May. At that same event, she finished second in Explorer Girls and fourth in Open Girls.

It capped a strong NSSA year for Sibley, who opened the season with a win in the Girls final back in September. Last year, she also helped the Shorecliffs Middle School surf team take home their 12th straight national title, and ended her middle school run as the level’s national champion.

Sibley  told the Dana Point Times after that event that her surfing goal is to make the World Tour, and also to make the Surfing USA Juniors Team. She made it in 2015, and was recently announced to the 2016-2017 team last month, after a strong third place finish in the U14 Girls competition at the USA Surfing Championship.

With all her accolades, it’s amazing that Sibley has so much time to compete at the juniors level.

If you know a grom in Dana Point, San Clemente or San Juan Capistrano that we should feature in our Grom of the Week section, send a name and parent’s contact info to editorial@sanclementetimes.com.