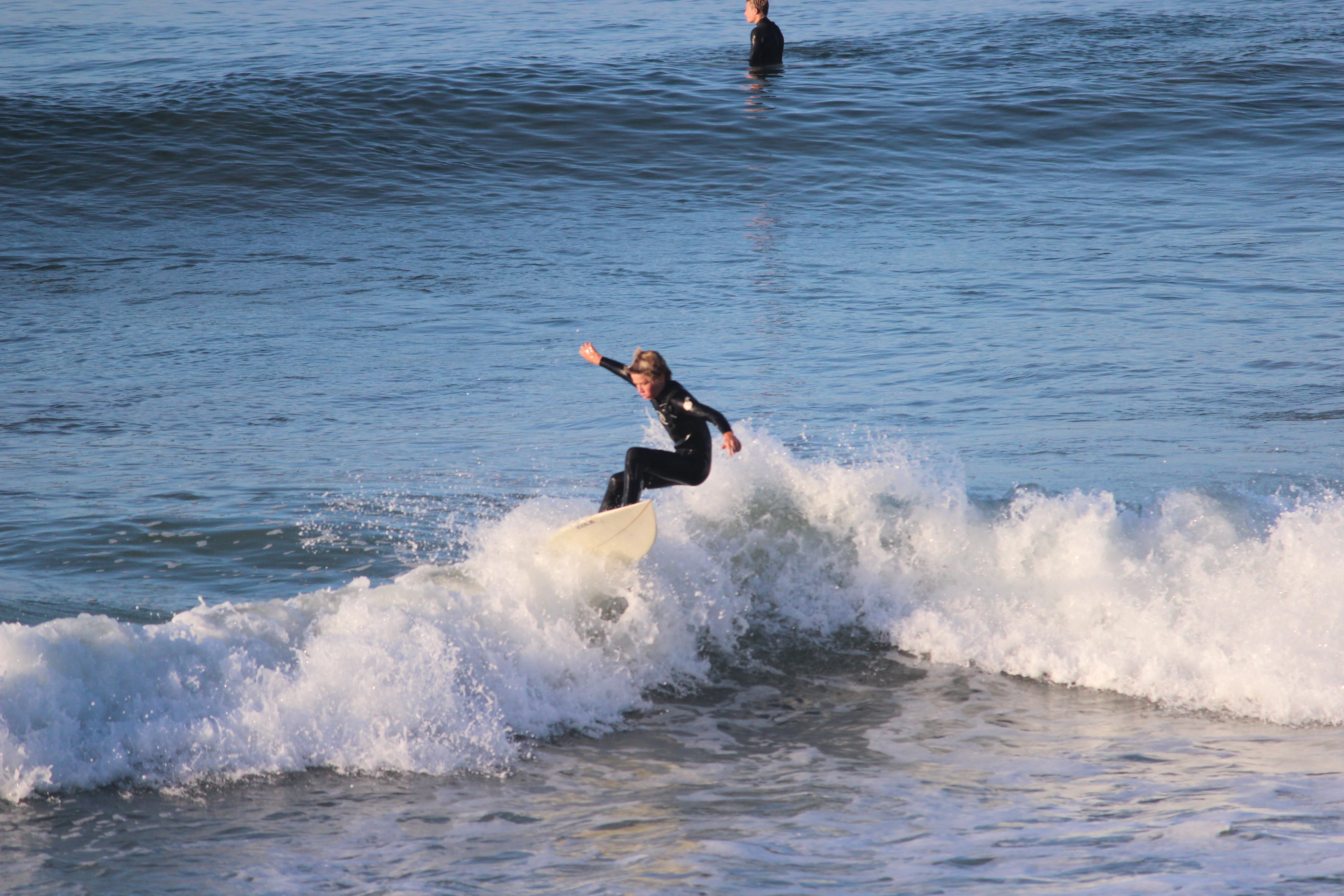 Grom of the Week: Riley Shiroke

Riley Shiroke started surfing at the age of 6 when he was handed down his brother’s outgrown shortboard. Riley’s dad provided the coaching and the surf stoke has been running through this talented seventh-grader’s veins ever since.

A member of the surf club at Shorecliffs Middle School, where he is a dedicated ‘A’ and ‘B’ student, Riley has made wave riding the second of his two favorite sports. An accomplished golfer since the age of 2, he has earned a number of top three finishes in both Southern California Junior Golf and San Diego Junior Golf association tournaments. He has not yet ventured into the surf competition arena but has not ruled it out as a future possibility.

“Right now I’m more into golf. Surfing is my second sport,” Riley said. “I want to become a professional golfer and keep surfing as just recreational. I have the best time surfing when there are a lot of my friends out in the water with good attitudes and great waves.”

His favorite maneuver, he said, is a toss-up between getting barreled and making a big snap off the top. He also believes surfing makes him a better golfer and vice versa.

“Paddling out to the lineup makes me stronger and it makes my golf swing stronger. Walking the course helps with overall conditioning. Waiting for a good wave in the lineup helps my concentration and patience on the golf course too,” Riley said. “I love both because after studying I can do both pretty much every day.”