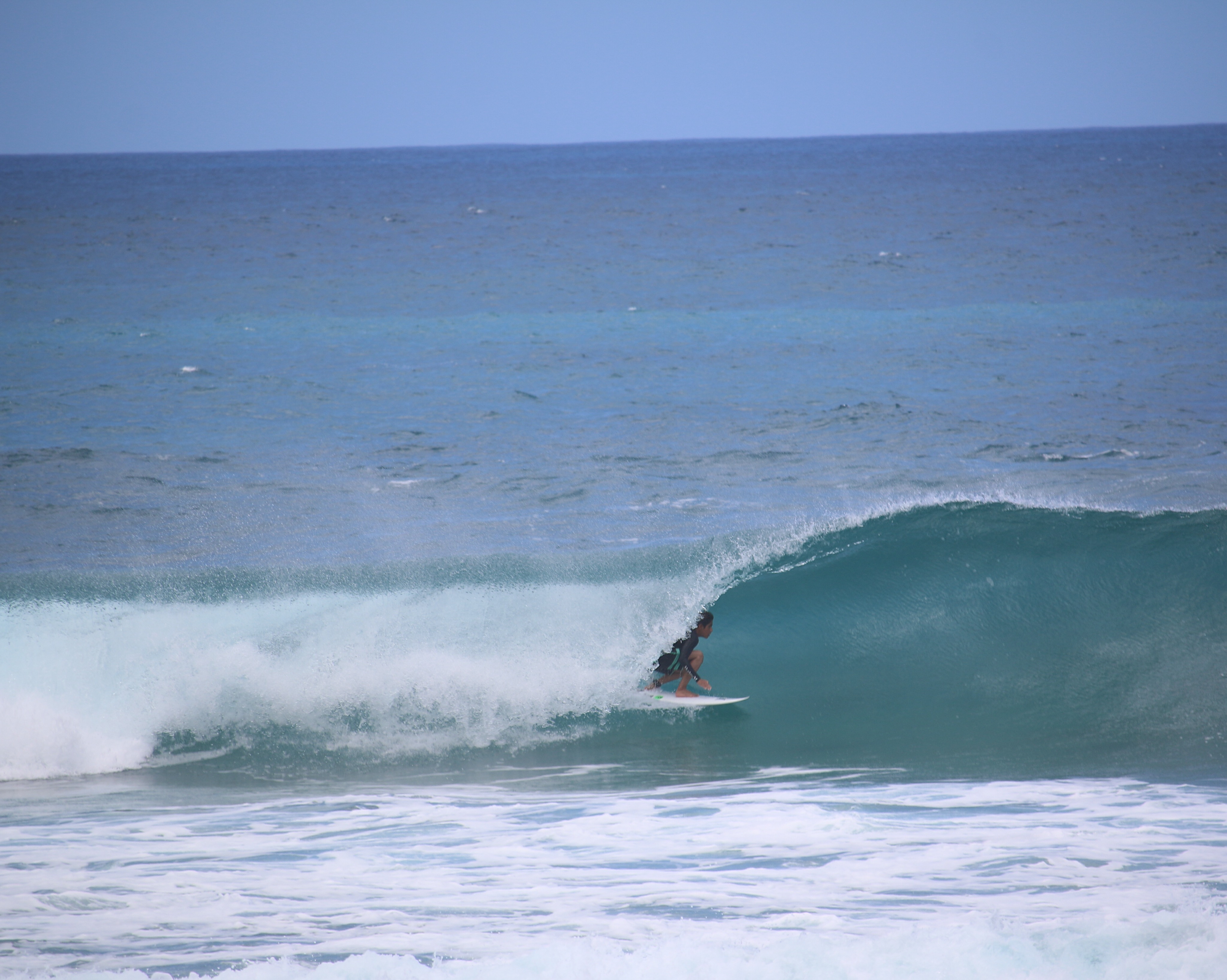 Grom of the Week: Nico Coli

Traveling to try out new surfbreaks is a big part of what Nico wants to do on his quest for a professional surfing career. So when offered the opportunity to check out Oahu’s great waves with fellow groms, he jumped at the chance.

“It was the first time I’ve been to Hawaii and it was awesome,” Nico said. “It was so great to surf Pipe, Off-the-Wall, Haleiwa, Gas Chambers and Rocky Point. I am so stoked I got to go.”

When asked what his favorite surfbreak was a few weeks ago, he said, “Lowers.” The same question on Tuesday brought a new answer: “Lowers and Pipe.”

Nico will spend the few final days of spring break getting ready for his Western Surfing Association event April 9–10 in Oceanside.

“I really need to focus as much as I can, watch the waves and make sure I choose the right board for the conditions,” Nico said. “I just need to put in the time. The more time you surf the better. It doesn’t matter if you started at age 3 or 10, the more hours you put in, the better you will be. So that’s what I’m doing. I am really hoping things go well for me the rest of the season in all of my events.”

“Right now I am really working on my air game,” he said. “Besides surfing a lot I am also training at DSC, working on core strength, balance and breath holds. I want to start doing pro junior events and traveling more. My ultimate goal is to win a world title someday.”

Nico is also dedicated to keeping up with his school work and is an A and B student in the seventh grade at Shorecliffs Middle School. When not surfing or studying, he enjoys hanging out with friends, skateboarding and fishing.

The highlight of his surf season so far, he said, was landing a big air at the Pismo Beach WSA event in November.

“I didn’t think I was going to land it, but I did,” Nico said. “It was pretty sick. I got an 8.50 right when I really needed a good score in the quarters. It was cool because in the photo my foot was completely off of my board but it landed right back in the right spot. I ended up losing in the semis. I was kind of mad and disappointed. It happens.”

Nico gives credit for his surfing success to the help of his supporters and would like to thank his sponsors—Hurley, Lost, Positive Vibe Warriors, Syck Trix, 1LAW, DSC and Filtrate—and his coach, Dave Post.

“I also want to thank my mom and dad for taking me to contests and coaching me,” he said. “They are awesome for always supporting me, believing in me and being there for me, win or lose.”