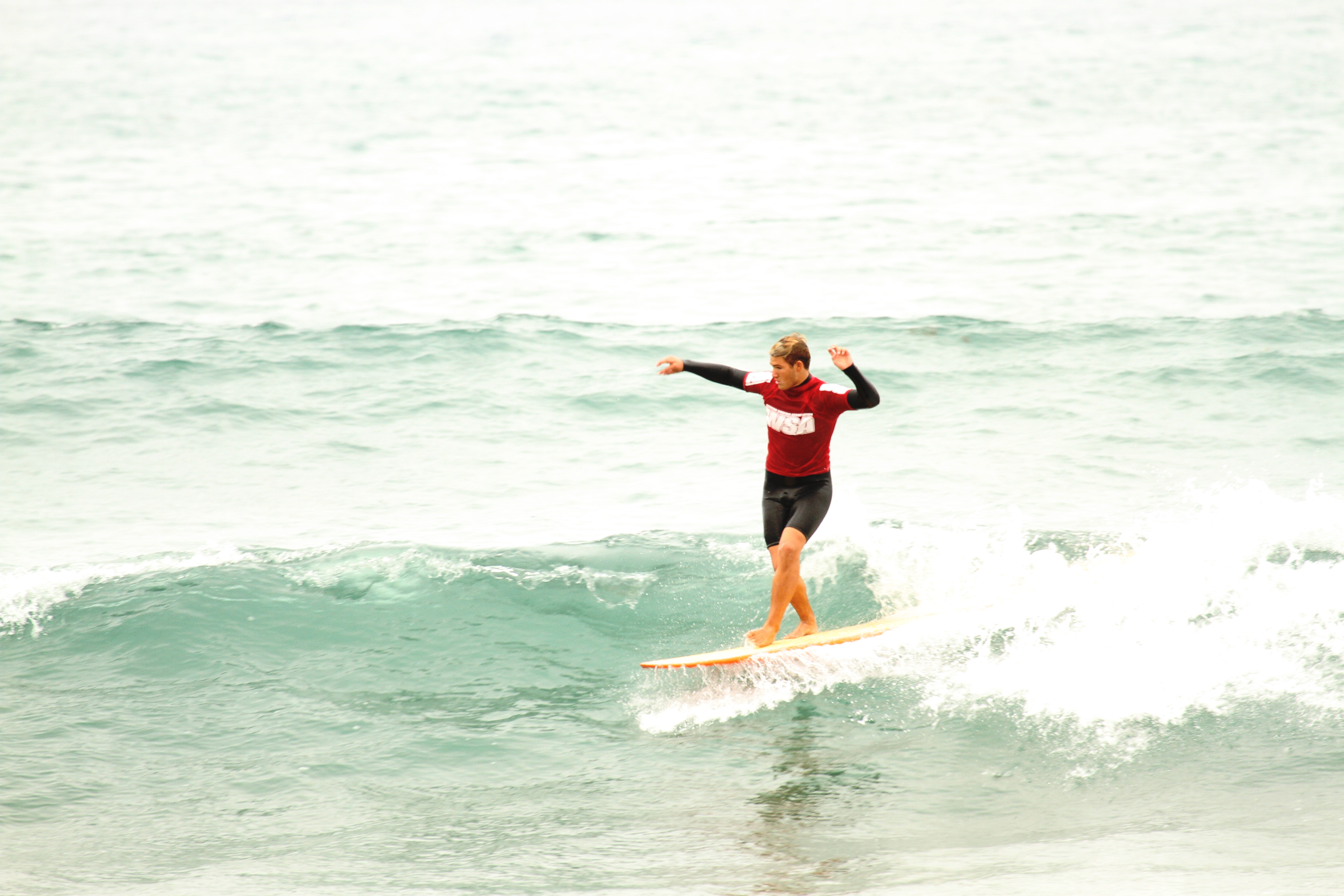 Grom of the Week: Kevin Skvarna

A surfer since the age of 2—atop his dad’s board—and then riding for the Marco Forster Middle School surf team, Kevin Skvarna, 17, of San Juan Capistrano, is no stranger to competition.

He finished the Western Surfing Association Championship Series at the West Coast Championships on May 30 and 31 with a semifinal-ending run in Jr. Longboard U18 and a third-place finish in Open Men Longboard. Along with his very respectable end to this WSA season, another highlight of the year came in the form of a win in Ventura.

As a three-year member of the San Juan Hills High School surf team, last month Kevin helped his teammates win their third straight Scholastic Surf Series Section B state champion title and was last year’s Surfer of the Year Award recipient. He has also been competing for three years in Coalition events as a member of the Oceanside Longboard Surfing Club.

Kevin would like to continue to surf through college and compete in professional-level contests but his main goal is to make surfing a lifelong activity and to travel the world in search of waves.

Now a junior, Kevin is earning A and B grades and preparing to study business in college, with a goal of someday having a career in the surf industry.

Kevin spent four years volunteering as a Junior Guard assistant and this summer will be his second season of employment as an Orange County Lifeguard.

“I would like to thank my sponsors, Guy Takayama for making super radical boards, and Hoven sunglasses, as well as all the friends I surf with.”

A free spirit, Kevin feels the best part of surfing is the individual nature of the sport.

“It’s the ability to do whatever you want,” Kevin said. “You don’t have to ride anything you don’t want to ride. I like to do my own thing out there. “

And much of his “own thing” is noseriding.

“My favorite part about surfing is the noseride,” he said. That’s the reason you have a longboard and it’s the best feeling in the world. It’s really hard to explain just how great it is.”