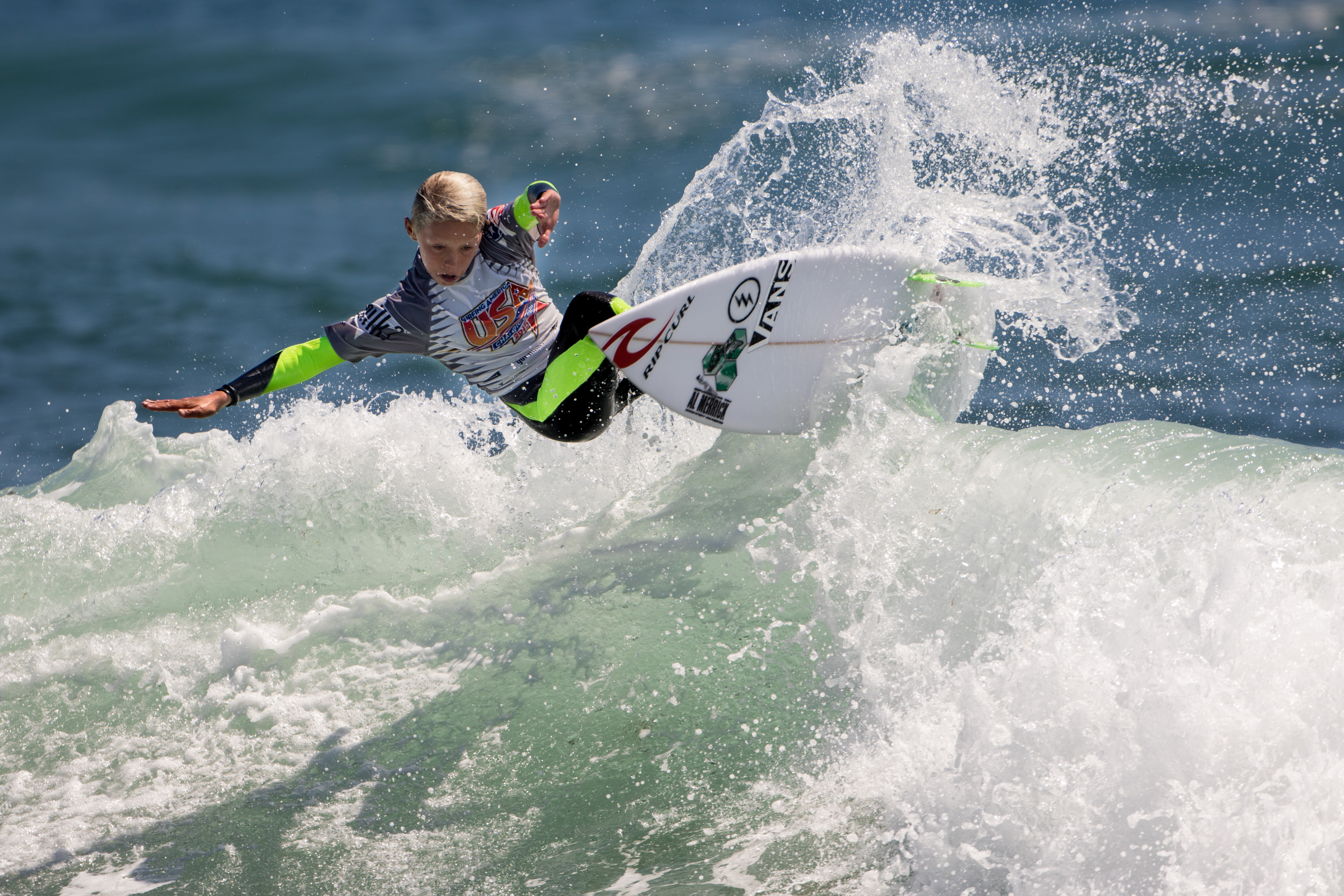 Grom of the Week: Jett Schilling

“It feels really good. I haven’t won one before so I am really psyched to win a title this year.”

Jett said that although the event provided one of his first experiences with four-man priority rules, his strategy was simple. “I just try to pick the right wave that has a good wall to it and then surf it good and get the scores that I need,” he said. “It was really tricky with priority but when you have first priority and a set comes, you get really psyched.”

That’s exactly what happened in his final and he took full advantage of it.

“I did a really good blow tail snap, another blow tail, and then a carve and a blast at the end,” Jett said.

The judges rewarded for his effort with an 8.03 to cement his win.

Ending the season as a national champion was a hard-fought battle at times, he added.

“This season I started off doing pretty well but then I kind of wasn’t doing so good in the middle so I just started surfing a lot more and getting better,” Jett said. “It was a good season. It was fun.”

The extra work paid off and Jett said he feels it helped him make great strides in improving his airs and snaps.

“I want to say thank you to everyone who supported me,” Jett said. “And to the other surfers—they were all ripping in the contest. Thanks to everyone.”