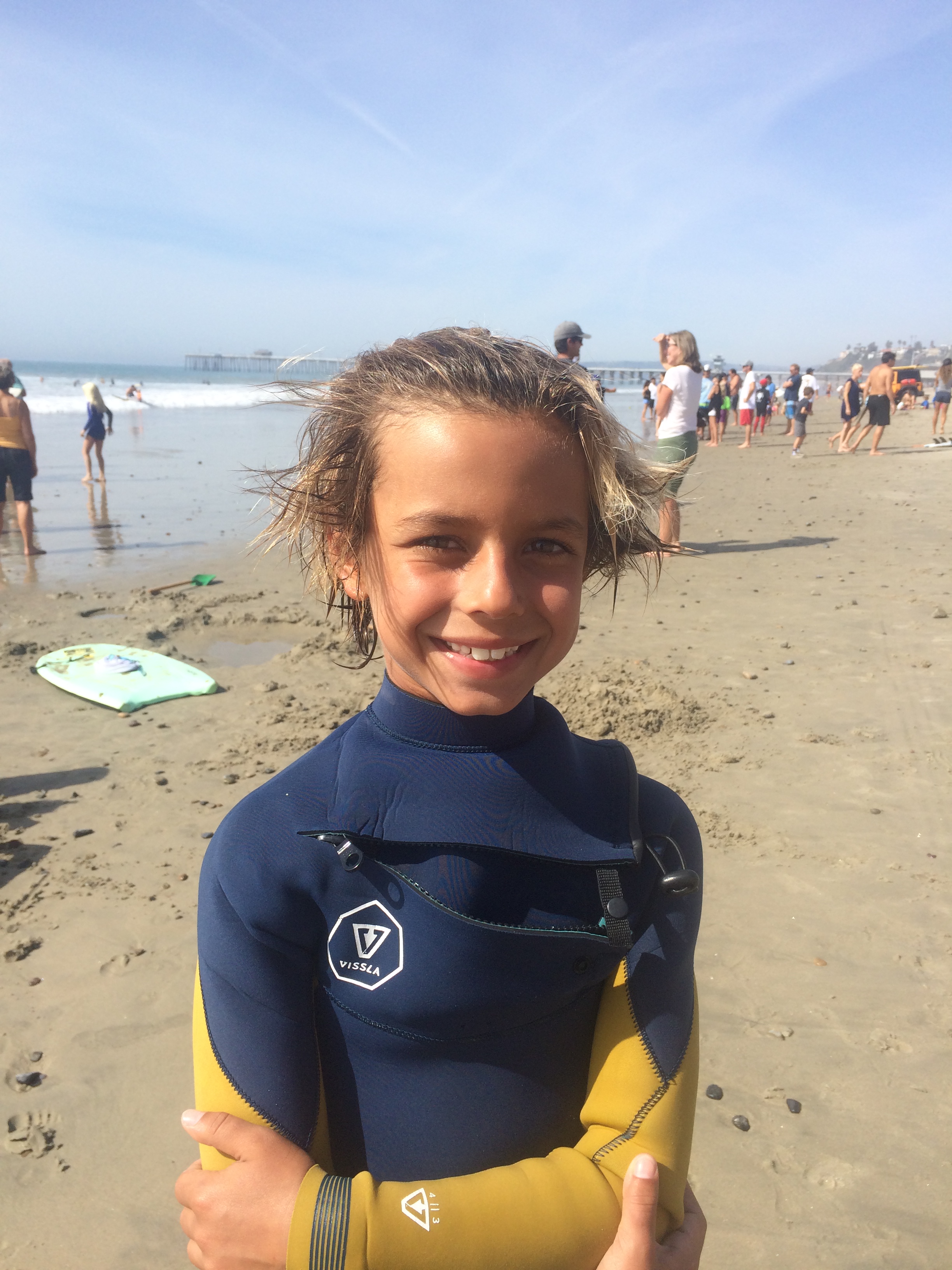 Grom of the Week: Charlie Stevens

Charlie Stevens, 8, of San Clemente said he was a reluctant surfer at first but in the four years he’s been doing it, has grown to love it so much he is working toward having a professional surfing career someday.

I never really wanted to get on a surfboard at first but my dad put me on a board and I started to surf and now I love it,” he said. “When you fall it’s just like splashing into a pool and you get to do fun turns and be in the water with your friends all day. It’s great.”

Charlie has been surfing competitively for three years. His recent podium appearances include runner-up finishes last month at the San Clemente Sea Fest Surf Contest at the Pier and at the Stoke-o-Rama—his third year competing at that event—at T Street in the 8U push-in divisions. He also surfs in the Western Surfing Association Championship Tour Micro Grom U9 push-in division and earned a fourth-place trophy in September in Ventura.

Charlie attributes his progression and success in the sport to the coaching and support he gets from his family, including his dad, mom and aunt, as well as his enthusiasm to practice nearly every day.

Lately Charlie said he has been putting extra effort into working on turns off of the closeout and airs.

“I want to thank my parents for getting me everything I need for surfing, pushing me in, showing me where I should be out in the lineup and taking me to the beach,” he said. “And my mom signs me up for all my contests and feeds me breakfast, lunch and dinner and makes my favorite—garlic bread.”

He also credits contest surfing for helping to build his skills and his mental game.

“When I’m just free surfing with my friends I may not catch a lot of waves but in a contest there’s just four or six people out and you only get a certain amount of time so it pushes me to get as many good ones as I can, as fast as I can,” Charlie said, adding that he is really concentrating on what he’s doing during his heats. “I’m pretty much thinking, ‘there’s a wave coming and I’m going to go up and come back down and do a big carve or something like that.’ But it’s still really fun because there’s still a bunch of friends around and being competitive makes all of us better.”