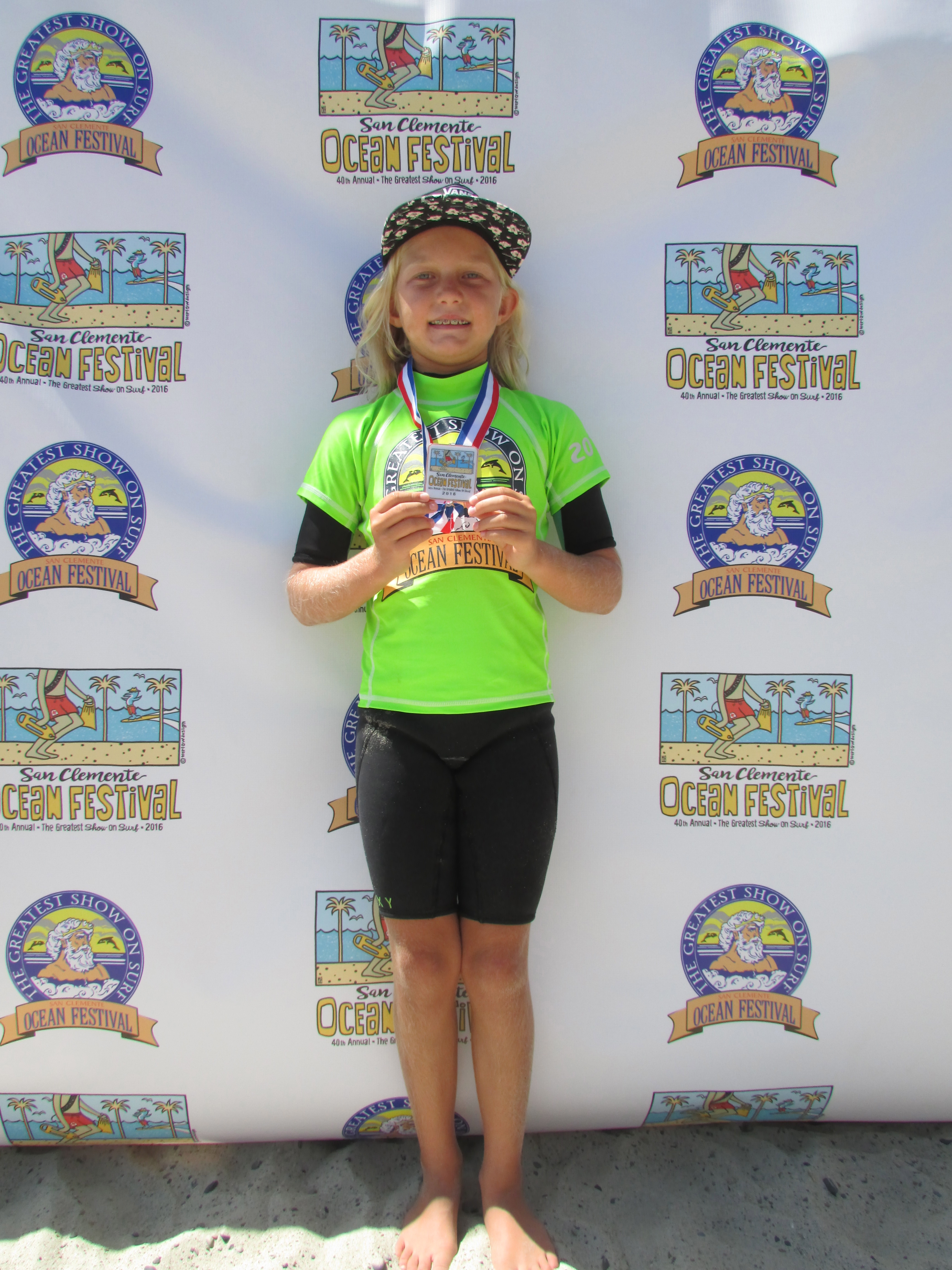 Grom of the Week: Catalina Downer

With only a couple years of surfing under her belt, 8-year-old Catalina Downer is already making a name for herself in local surf competitions.

This weekend at the Ocean Festival in San Clemente, Catalina battled it out against 24 other under-12 girls in the “Groms Rule” Surf Contest.

Catalina has been surfing since she was 6 years old, and this was her first year competing in the Ocean Festival.

“I like the big waves and when you get on the wave, it’s really fun when you like have a good wave” Catalina said.

She explained she liked the big waves because, “they’re just fun to drop in on and stuff.”

The San Clemente native surfed alongside her older sister, Sierra, in the semi-final heat after Catalina placed second in the first round. Although Sierra did not advance to the final round, the bond between these two sisters is tangible. Cheering on the shore with her family during Catalina’s final heat, Sierra would rush to the water’s edge every time she came in through the surf, and made sure to point her sister in the right direction.

Catalina came in with a sixth place win at the “Groms Rule” surf contest awards, and wore her medal proudly.  This is also Catalina’s first year competing in the WSA/Salt Life Championship Tour Series in the Micro Grom Girls U10 Division.

She said when she grows up, “I either want to be a professional surfer, or if I don’t make it that far a golfer or soccer player.”

First and foremost, she wants to be a pro surfer.

In her free time, Catalina likes to play soccer and golf. She will be going into third grade this year at Concordia Elementary, and her mother, Abby Downer, said she loves math and reading.