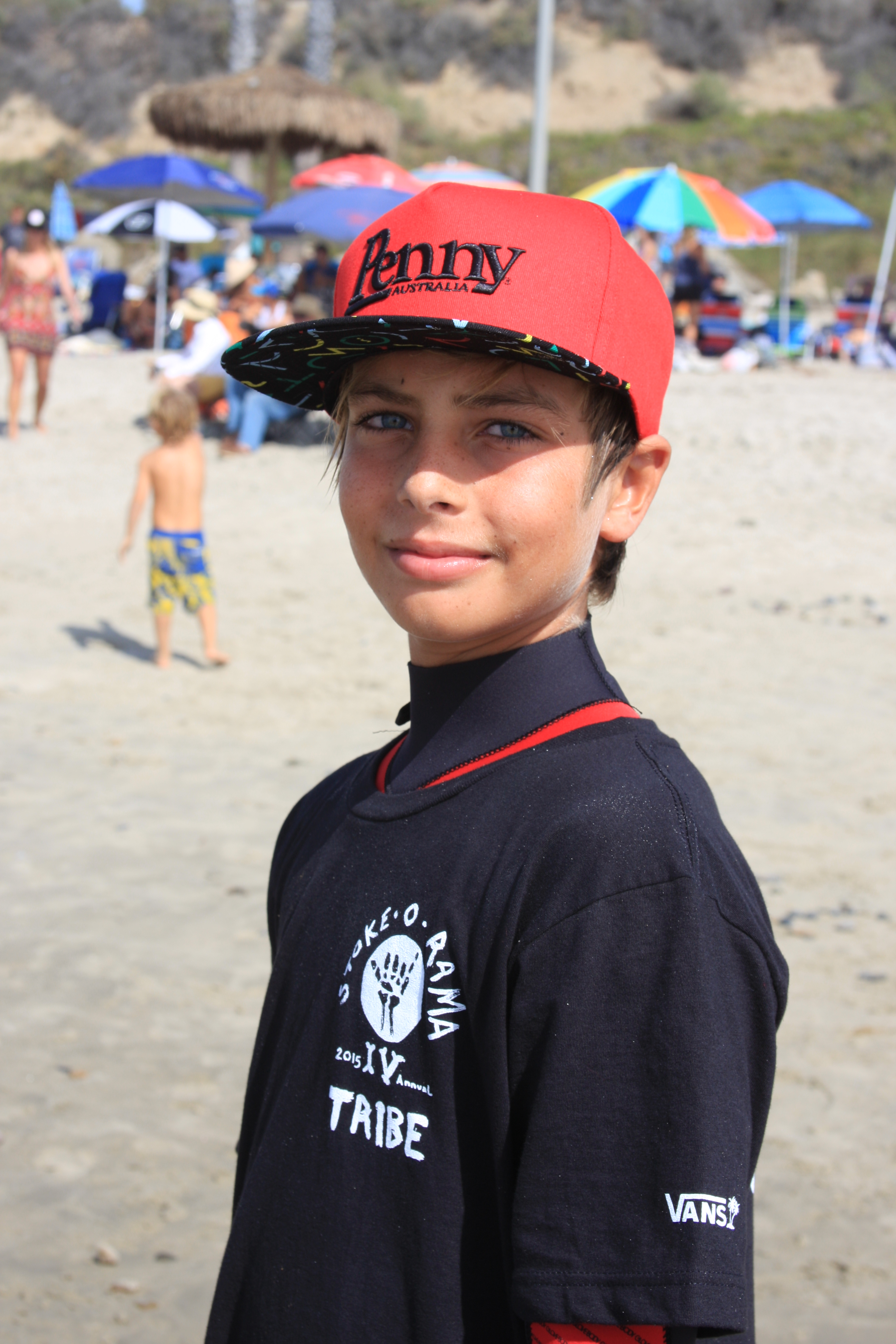 Grom of the Week: Carson Kropfl

Carson Kropfl, 10, of San Clemente, has been surfing for four years and so far this season has shown a remarkable step up in his competition skills.

Carson surfs in the Western Surfing Association Championship Tour, the National Scholastic Surfing Association and last weekend competed in his third Stoke-o-Rama at T Street, where he earned his first perfect 10-point wave and the third-place trophy in the Boys 10U division. At his first NSSA Explorer event ever, earlier this month in Carlsbad, Carson was a double finalist, earning a fifth-place in Menehune and sixth in Mini Groms.

Carson said he owes his expanding skill set not only to his dedication to practicing at least three times a week, but also from the coaching help he’s received over the years by Chris Connolly, Collin Crook and Neco Padaratz, among others. “P.T. (Peter Townend) has given me some pointers too,” he added.

Colin also wanted to give a shout-out to his parents to thank them for their support.

“Thank you mom and dad for getting me this far and taking me to contests,” he said. “I love you.”

“It’s important to get good grades in school if you want to go to college, get a good job and have a really good life,” he said. “My favorite subject is math. And I am excited to try out for the Shorecliffs (Middle School) surf team next year.”

In addition to surfing and school, Carson enjoys golfing, skateboarding and “a little bit of gymnastics” he said.

Carson said the surf bug took hold of him after watching local surfers having fun and wanting to join in.

“I wanted to surf because it looked really fun and I just wanted to try something new,” Carson said. “My favorite sessions are at T Street when it’s almost high tide, really glassy and barreling with 4- to 5-foot waves. I love surfing. It feels amazing, kind of like you’re in space.”